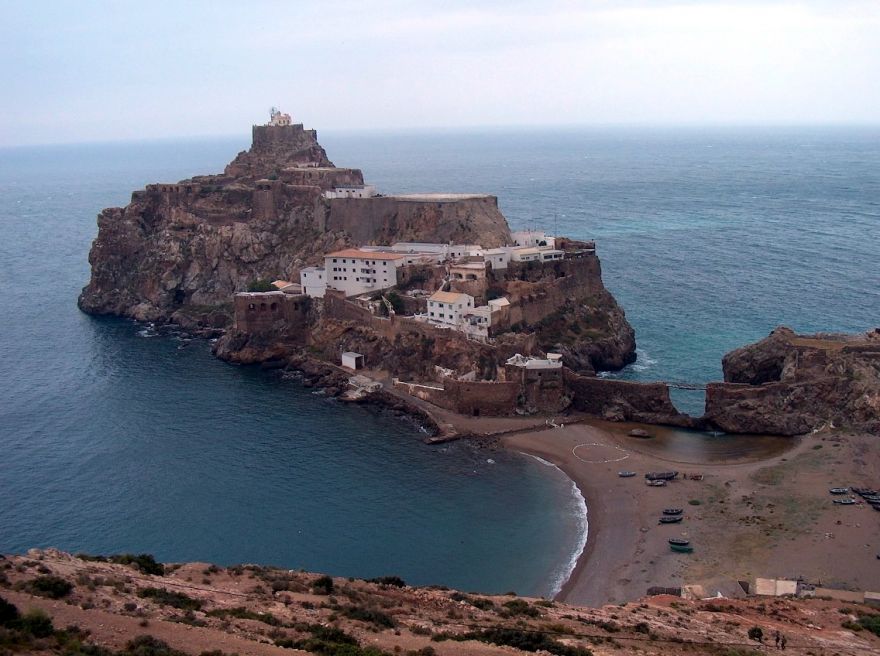 In 1492, the people of Spain completed La Reconquista–the seven centuries-long war of liberation of their land. This highly militarized society then launched wars of conquest in far away lands helpfully discovered by Christopher Columbus later that year. Within a century, Spain was a superpower with vast colonies across the world.

Now, what remains of the Spanish Empire is a few small islands and exclaves off the coast of north Africa. Pictured above is one of them: Peñón de Vélez de la Gomera. An international border between Spain and Morocco lies on the 250-foot sandy stretch of land between the rocky peninsula and the mainland.

-via Nag on the Lake | Photo: Ignacio Gavira

A Landmark Show of Black Women Artists Gets a Second Life

In Swirling Canvases, Gareth Nyandoro Expresses the Rhythms of Labor

Catch the Latest in International Cinema