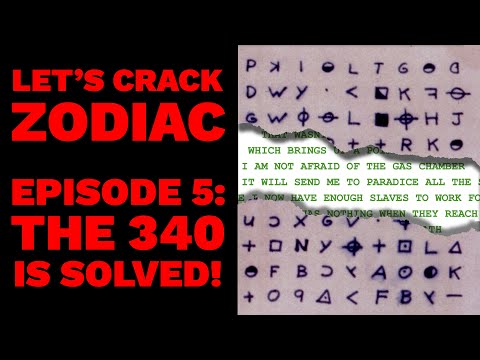 The Zodiac Killer, who murdered at least five people in 1968 and 1968 and claims to have killed many more, sent taunting letters to California newspapers. One of the message consisted of a series of letters and symbols in a code that no one could decipher. Many tried, and we even posted about a guy who claimed to have solved it in 2011. Now a team of codebreakers operating in three different countries say they have finally deciphered the letter known as cipher Z340.

The FBI has accepted their decryption. The video above explains how they did it. You can read more at the San Francisco Chronicle, or if that’s blocked by a paywall, at Zodiac Killer Facts. -via Metafilter