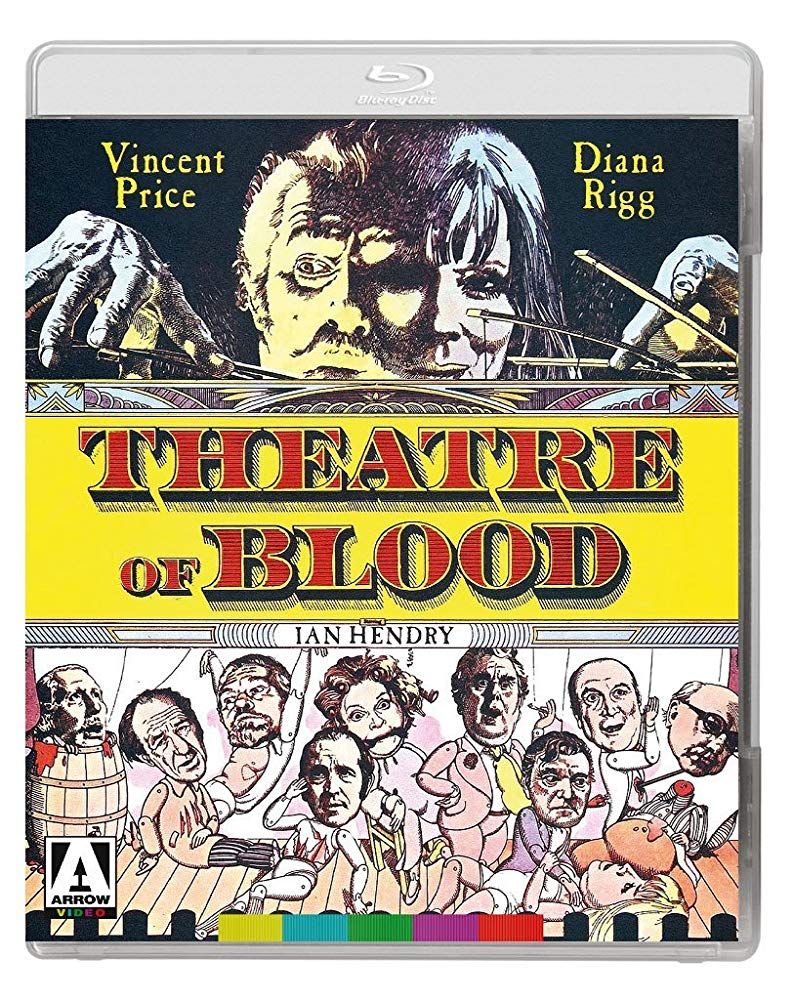 Late in his career, Vincent Price, who had made many a horror film over the decades, turned more to the dark side. In the 1950’s he had made melodramatic horror films such as House of Wax, in the 1960’s he had made humorous horror films such as The Raven, and in the 1970’s, he made the two Dr. Phibes films, which were fairly horrific in a black comedy sort of way. But no one was expecting that he would give perhaps his finest screen performance in a fairly graphic horror film, 1973’s Theatre of Blood. From the IMDb:

This movie is essential for anyone even marginally interested in film. Vincent Price gives one of the best performances of his career as the embittered Edward Lionheart, a shakespearean stage actor who has been unjustly disinherited by theatre as a result of the brutal criticism that his work generated. Lionheart, disaffected and without hope of ever returning to the work he loves so much, decides to take justice in his own hands and the result is the most brilliant blend of horror and satire that i have ever seen. Usually, horror and comedy do not mix well, but in this one it comes off beautifully. The question of whether we are supposed to sympathize with Price’s character or revile him as a bloodthirsty maniac has been much debated by fans of the film, but in my opinion it is obvious that it is the critics we are intended to hate and not Lionheart. As in the Dr. Phibes films, ‘murder as art’ is featured, all as may have been conceived by Shakespeare himself. The ending is, of course, very theatrical, and yet at the same time extremely funny and satirical. I’ve never seen a film quite like “Theatre of Blood” before or since, and I doubt I ever will again.

YouTube offers the complete film (I wish they’d get 1963’s The Raven) and it is embedded below. This is a another film that could not be made today, simply because there is no replacement for Vincent Price. 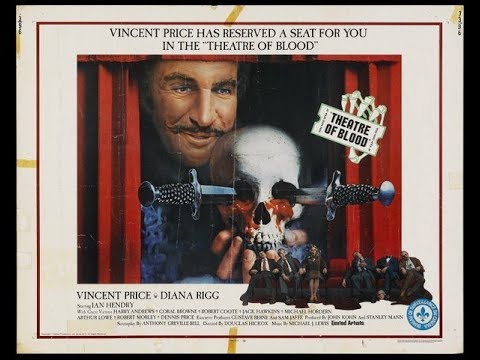