Today, patriarchy is alive and well and both men and women fall victim to it in numerous obscure ways. People are scratching their heads over how we still allow inequality and misuse of power to happen in our society. Although tackling such deeply rooted problems take time, there are people who start the dialogue and try to make a change. Slowly, but surely.

TikTok user domesticblisters created a video stating that the most eye-opening thing she learned about men was that they “don’t actually like women”. She explained a theory that the way our society socializes boys to become men is not to tell them how to be masculine—rather to teach them how to not be feminine.

Scroll down to read her insights and make sure to share your thoughts in the comment section below!

KC Davis is a licensed professional therapist who explains a theory on why “men don’t actually like women” to more than 1.2M of her followers on TikTok 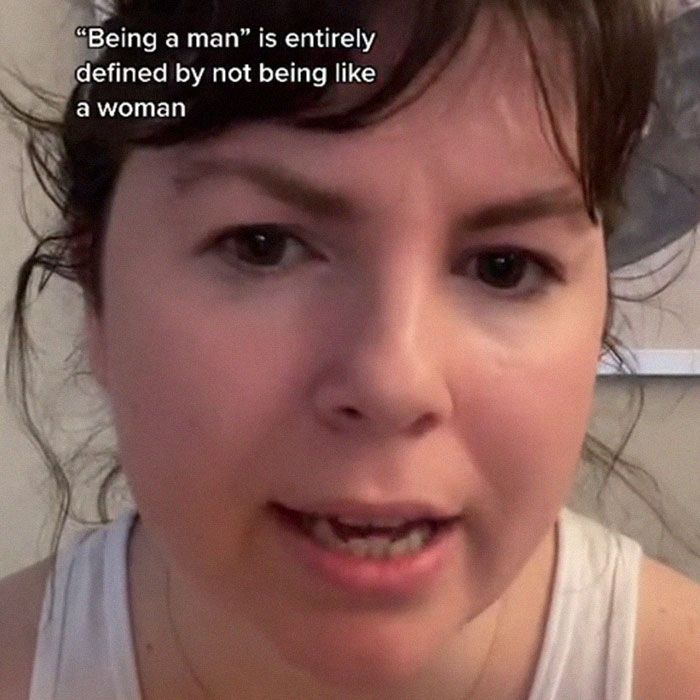 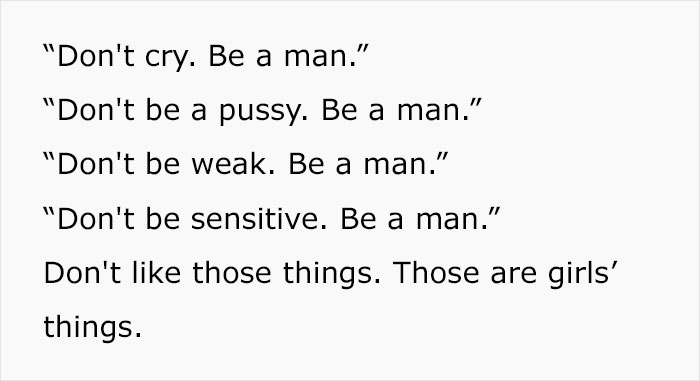 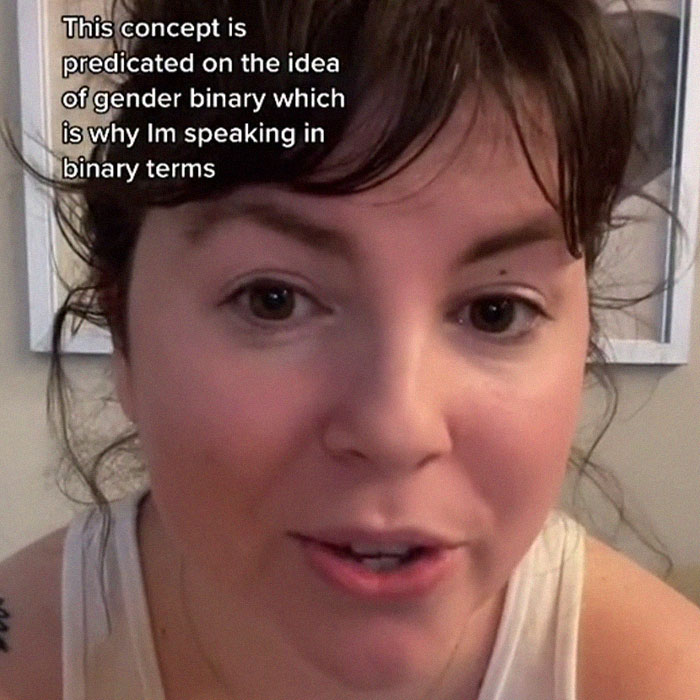 KC Davis is a licensed professional therapist, speaker, and author of How to Keep House While Drowning: 31 days of compassionate help. On her TikTok account, she shares a variety of tips about self and home care and starts conversations about mental health, social issues, relationships and many other topics. In less than a year, her videos have drawn over a million followers.

According to her website, Davis began her therapy journey at 16 when she entered treatment for drug addiction and mental health issues: “After getting sober, she became a speaker and advocate for mental health and recovery.” For most of her career, the mother of two focused on addiction problems and had different professional roles—therapist, consultant, and executive director.

In the video she posted, KC Davis speaks about a professor from college who explained a theory about how patriarchal masculinity socializes men and why “shame, violence and disgust are so intricately linked”. The concept that being a man is defined by not being a woman is a result of patriarchal oppression and a long history of feminine attributes being seen as undervalued, and being masculine considered as powerful.

But what does it mean to be a “man” in today’s society? Terry Real, a renowned couple’s therapist, lecturer and bestselling author told Forbes, that “we all live under patriarchy, which is a rigid dichotomy of gender roles.” It tells us that men are supposed to be strong, independent, unemotional, logical and confident. Whereas women are assumed to be expressive, nurturing, weak and dependent. “Traditional gender roles don’t make anybody happy and they don’t make for intimacy,” he said.

“The old rules were built for stability, for production and consumption. Intimacy? I don’t think so. Happiness? No. It was about ‘Buckle up and do your job.’ But today we want intimacy,” the internationally recognized therapist said. It’s no surprise that such old rules won’t get us anywhere: “We need to re-configure who we are both as men and as women, and frankly we need a new vision.”

You can watch the full video, which got over 2.1M views, right over here

@domesticblistersReply to @absurdistsisyphus why is learning to being good/worthwhile connected to our gender performance anyways? #masculinity #feminism #patriarchy♬ original sound – Kc Davis

Terry Real suggested, that “what we need are whole people”. He wants to undo this “halving” process—make women want to be strong and confident and men not be afraid to be big-hearted, vulnerable and sensitive. Real offers three effective steps on what we all can do in order to get closer to this “wholeness”.

According to a report by Pew Research Center, there’s definitely some work that still needs to be done in the gender equality area. They conducted an online survey of 4,573 American adults and found that about four-in-ten women have experienced discrimination or been treated unfairly because of their gender, while only 18 percent of men said this happened to them.

As powerful as patriarchy is, it’s not immortal. Although not as much as women, men also suffer the consequences that come with it. Not being able to freely express their emotions and show vulnerability causes great pressure on their everyday lives. As KC Davis suggested, we should teach children how to be good people without the gender binary. Tell them that they can be strong and also vulnerable, and invite that concept of wholeness both into yours and their lives.