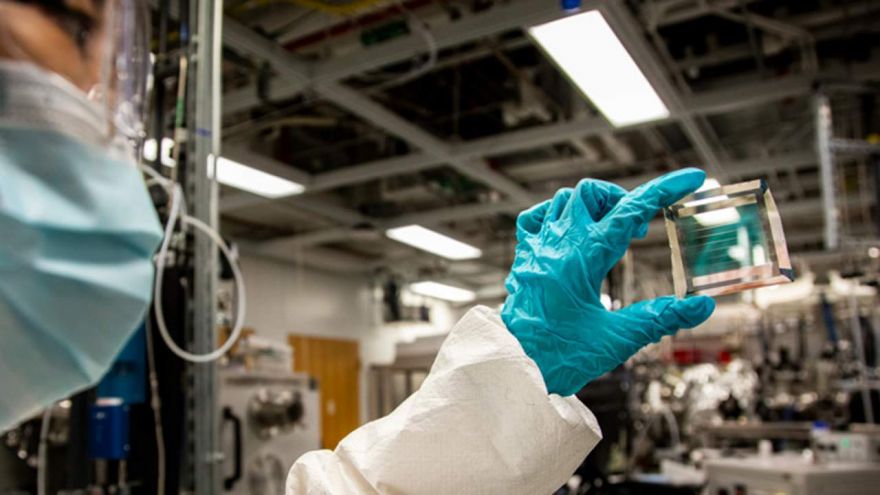 You’ve heard of transparent wood, now get ready for transparent solar panels! Engineers from the University of Michigan and other institutions developed a solar panel that has an estimated lifespan of 30 years! In addition to the device’s long life, it’s also transparent and highly efficient. According to the researchers, the solar panel could be used to create entire spaces by itself:

Currently, the most efficient solar panels are made from silicon, but the material isn’t transparent. Two types of materials are used in solar cells known as “non-fullerene acceptors” and “fullerene acceptors.” The former is more robust but less efficient than the latter.

A typical solar cell created using non-fullerene acceptors can achieve an efficiency of 18 percent, near that of a silicon cell. However, they don’t last as long. In experiments, researchers on the project showed that without using methods to protect the material in the panel that converts sunlight to electricity, efficiency declined to less than 40 percent of the initial value within 12 weeks when exposed to the sun.

Engineers studied the degradation in the unprotected solar cell and discovered where they could improve the design. The improvements included blocking UV light by adding a zinc oxide layer to the sun-facing side of the glass. They also integrated a thinner zinc oxide layer adjacent to the region of the cell that absorbs light but also had to add a layer of material called IC-SAM made from carbon to prevent the zinc oxide from breaking down the light absorber. Finally, another layer was added consisting of a fullerene shaped like a soccer ball to protect the light absorber.