Nobody’s immune from making verbal slip-ups, no matter how much experience with public speaking they have. Newly-minted New York mayor Eric Adams is facing quite a bit of heat right now from some politicians and the crowd on Twitter for a recent gaffe. He accidentally referred to workers as ‘low-skill’ instead of ‘low-wage.’

Some people believe that Adams directly insulted low-wage employees, and Bored Panda has collected a series of tweets that show what social media users thought of the mayor’s words. Scroll down to have a read.

However, politics is more complicated than just that and sometimes it can be hard to hear the message through the noise. Some think that it’s unfair to criticize Adams so harshly, considering the context of his comments: he was expressing support for low-wage workers. Others think that the comment itself might not be the main issue at all, but rather him urging employees to go back to working from the office rather than from home.

But what’s your opinion? Let us know in the comments what you think of Adams’ ‘low-skill’ comment, dear Pandas. Do you think it was an honest mistake or do you believe it shows something about his attitude towards anyone in a low-wage position? What’s your verdict on NYC’s new mayor so far?

Bored Panda reached out to celebrity, pop culture, and entertainment expert Mike Sington for a few comments on how public figures can avoid gaffes and how he interpreted Mayor Adams’ words. Scroll down for our full interview with Mike. 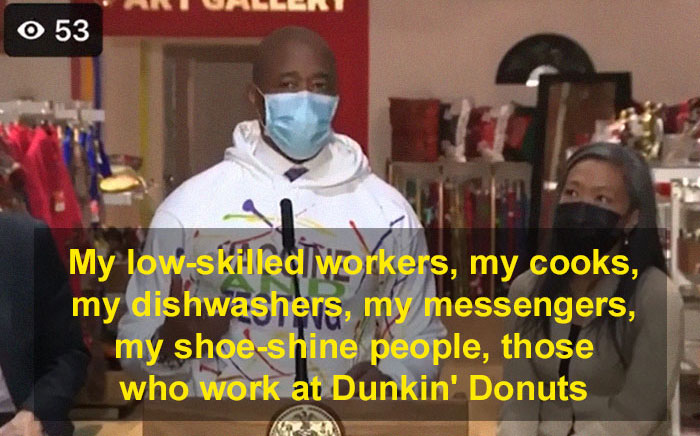 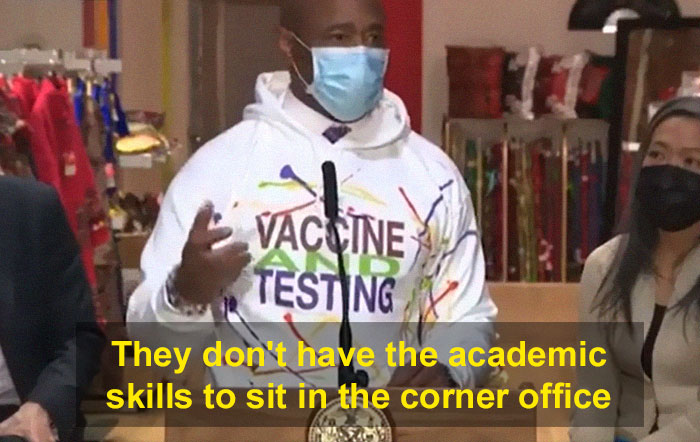 Reporter: Many workers don’t feel safe going back to work and employers want to delay back to office. 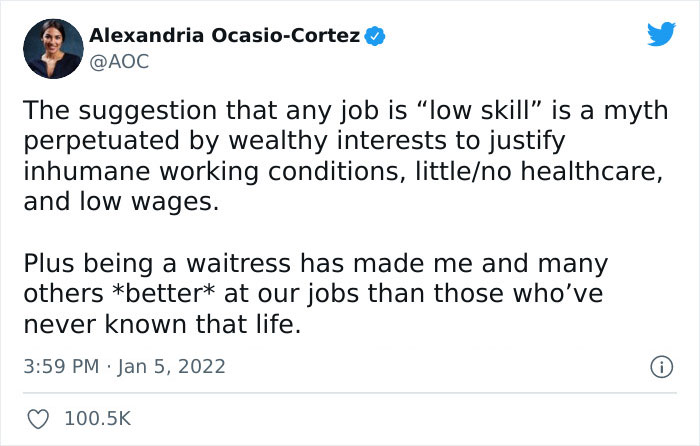 Celebrity expert Mike told Bored Panda that public figures should always be aware of who they’re speaking to and should always prepare as much as possible beforehand to avoid mistakes.

“Public figures must always keep in mind who their audience is when speaking to them, and realize their audience, and themselves, do not have the same life experiences,” he said. “A phrase or word that seems fine to you, may not land well with your audience. Preparation is the best way to avoid slip-ups and gaffes. Know what you’re going to say, and know who you’re saying it to.”

Mike suggested that public figures own up to their gaffes to reduce the fallout. “Admit you misspoke, apologize, and correct yourself. Mayor Adams at first got defensive and said his remarks were ‘distorted.’ That tactic, which is common, just prolongs the controversy,” he explained. 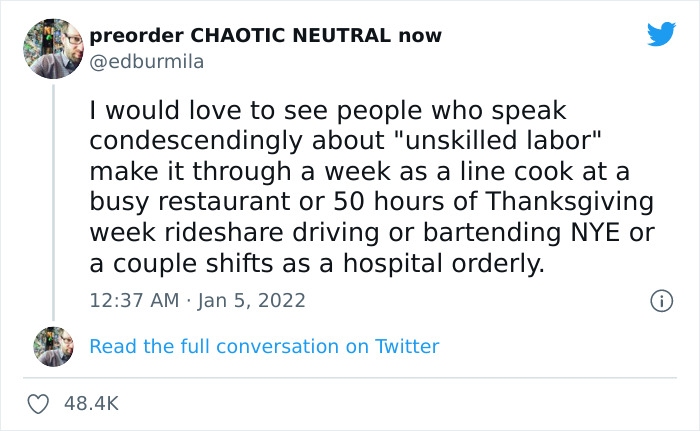 In Mike’s opinion, Mayor Adams’ ‘low-skill’ comment was, in fact, insulting. “Every job requires skills, and everyone’s skill set is different. No one has the right to judge what someone else’s skills are because they really don’t know,” he told Bored Panda.

According to Mike, Adams is “off to a bumpy start,” but the expert’s willing to give him the benefit of the doubt. “He’s brand new at the job. He’s got a very difficult job, and I’m hoping he succeeds.”

NYC mayor Adams later corrected himself and pointed out that he meant to say ‘low-wage’ instead of ‘low-skill.’ However, he still drew a lot of fire from some progressive Democrats, among them, Alexandria Ocasio-Cortez.

“The suggestion that any job is ‘low skill’ is a myth perpetuated by wealthy interests to justify inhumane working conditions, little/no healthcare, and low wages. Plus being a waitress has made me and many others *better* at our jobs than those who’ve never known that life,” she wrote on Twitter.

Adams believes that Ocasio-Cortez’s comments were off-point and called her the “word police.” New York’s new mayor has a lot of experience working low-wage jobs himself and his own mother was a house cleaner. 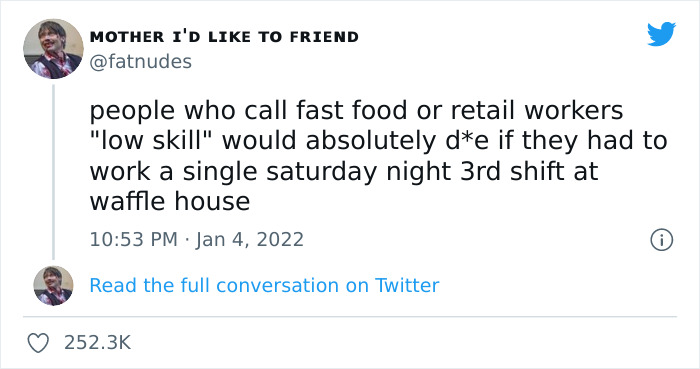 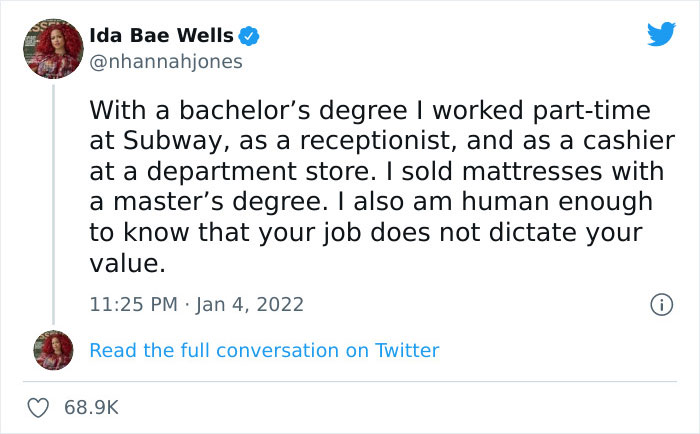 “I was a cook. I was a dishwasher. If nobody came to my restaurant when I was in college, I wouldn’t have been able to survive. When you talk about closing down our city, you’re talking about putting low-wage workers out of a job. I’m not letting that happen,” he wrote on Twitter.

According to Adams, employees going back to work from their offices instead of their homes would give a boost of support to low-wage workers in the food and service industry. However, with the Covid-19 pandemic raging on, some are questioning this drive.

On the one hand, Adams is suggesting ways to boost the earnings that small businesses get. On the other hand, there is the vital question of controlling the spread of the coronavirus: one of the ways that it can be reduced is by encouraging people to work remotely. 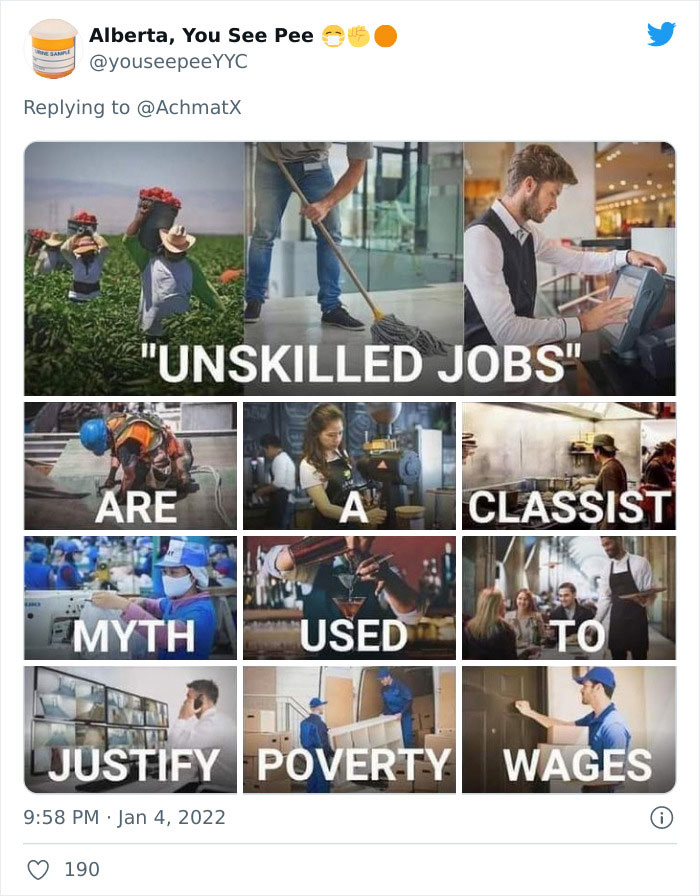 Elise Gould, a senior economist at the Economic Policy Institute, told CNBC that it is offensive to use the term ‘low-skill.’ According to her, the term creates a false link between low pay and low academic requirements.

“I try not to use that term myself because I’m not sure who that is possibly referring to. A lot of people talk about credentials or amount of education, but that’s not the same thing as skills. It’s a way to make an excuse for why some jobs in the U.S. economy are paid such low wages,” she said.

“When we think about the valuing of many low-wage jobs, it’s not just about the undervaluing of that work, it’s also tied up in historical sexism, racism, xenophobia. It’s often that these workers don’t have the leverage or bargaining power to get better wage contracts or working conditions.” 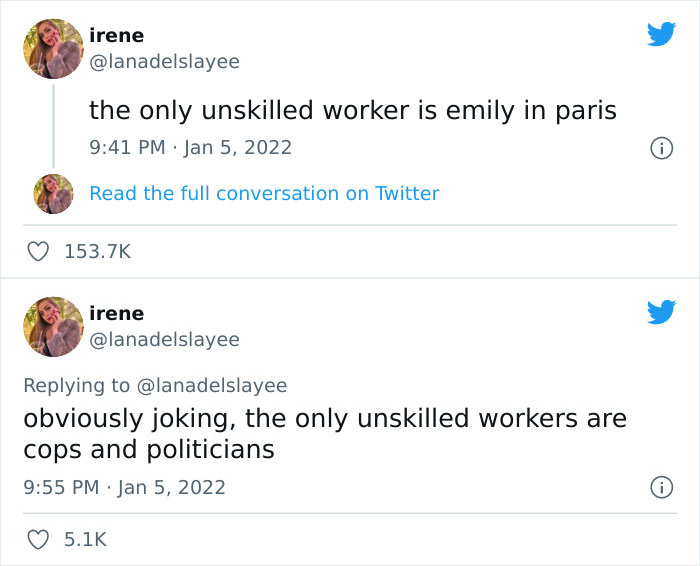 Meanwhile, Ross Barkan, writing for ‘Jacobin,’ stresses the fact that Adams was clearly expressing support for low-wage workers with his comments. However, the main issue according to Barkan is that NYC’s mayor “has no interest in substantive policies to aid [the city’s] working class.”

“No worker should be shamed for enjoying remote work. Personally, I like remote work. Commutes are draining. Certain professions must ultimately be in-person, but there are many that don’t have to be. Many people have found remote work rewarding, allowing them to spend more time with friends and family. A work-life balance can be restored,” writes Barkan. 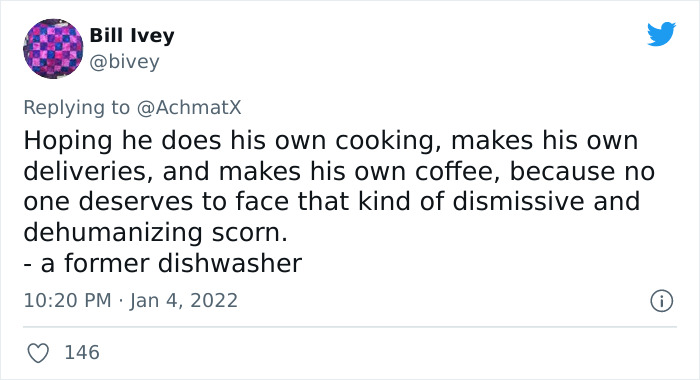 “Adams, however, has many economic incentives to fight this trend of remote work, even if it’s inevitable. Remote work means less foot traffic in Midtown, Tribeca, and the Financial District. This punishes the many blue-collar workers—the food cart vendors, security guards, lunch spot cashiers, dishwashers—who have relied on the presence of white-collar workers to make their living. Though he’s plenty wealthy now, Adams does have roots in the working class and is able, in his own way, to relate to these struggles.”

This isn’t the only spot of trouble that Adams has been in. Most recently, he’s come under fire for alleged nepotism. The mayor is a former NYPD officer, just like his brother Bernard Adams, and appointed him as deputy police commissioner with a salary of a whopping 240k dollars per year.

“Not sure why he’d invite backlash right away by appointing his brother deputy police commissioner. People frown on nepotism at work. I question the advice he’s getting, someone should have told him that would be a bad move,” celebrity expert Mike told Bored Panda how he views this particular situation. 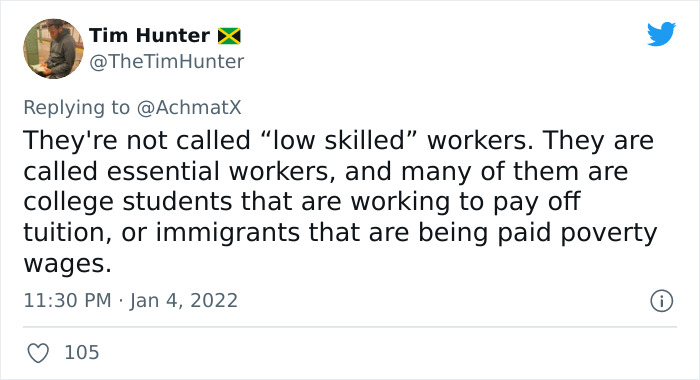 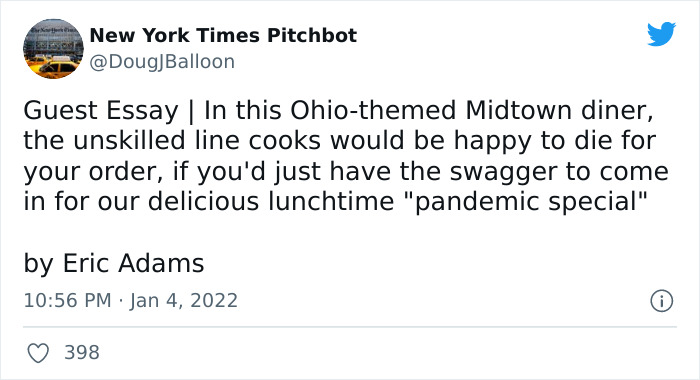 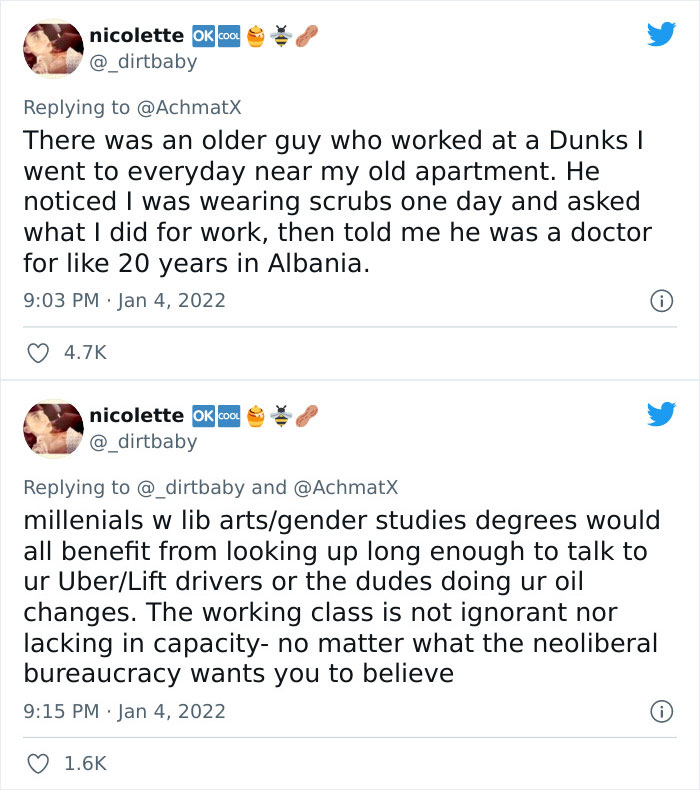 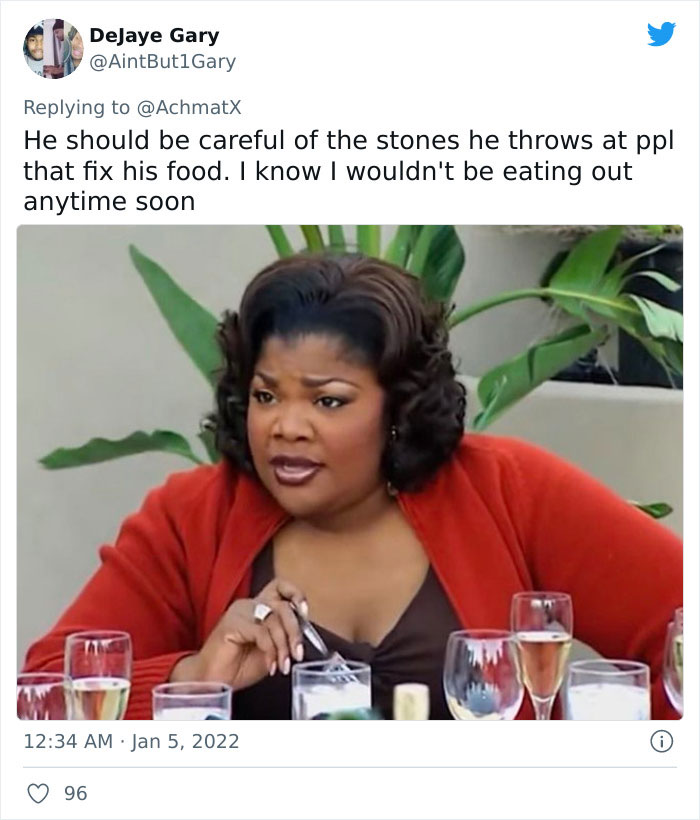