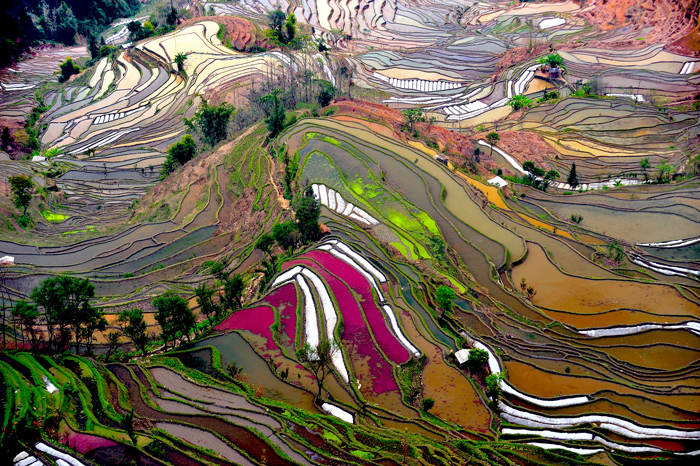 Thierry Bornier is a French landscape photographer living in Yunnan, China. His photographs have been published by National Geographic and he has won numerous awards for his breathtaking aerials. But Bornier’s path to success was an unlikely one, one that began almost a decade ago on a one-year hiatus from his job as the CEO of a large fashion company in New York and Shanghai. 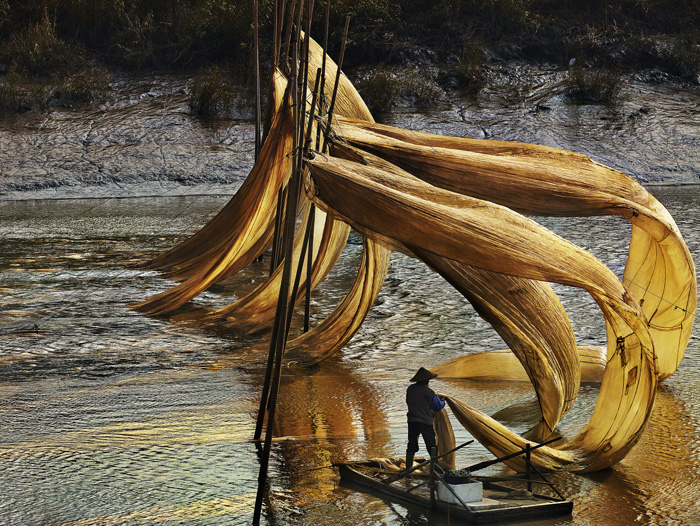 An amateur photographer, Bornier set out to travel across China on a personal quest to make images for a travel memoir. With neither professional goals nor aspirations tied to the trip, he was free to enjoy himself and explore the landscapes outside of the cities he often frequented for business. It was a trip that would alter the course of his life one photograph at a time.

During that year, National Geographic‘s website selected a photo from his personal profile for their “Photo of the Day.” Afterwards, he began to reevaluate the kind of life he wanted, because, as he tells The Creators Project, “money is not everything.” So, he committed himself to three years of developing his photography career. Three years turned into a decade and a canon of exquisite works that portray a countryside often unseen by the public eye. “I do believe life is about two things,” Bornier says, “feelings and choices. We must make choices in our life, good or bad, but making choices is the beginning of our freedom.” 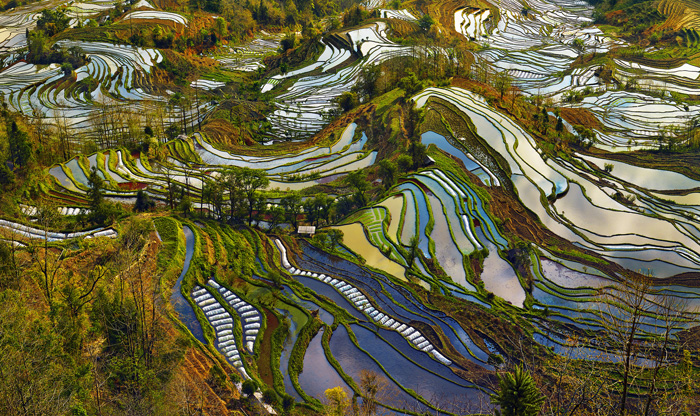 In Visions of China, Bornier’s main landscape series, he focuses on many different areas of China, but works most often in the rice terraces. He is so familiar with them that he knows the precise time of year and day for the perfect lighting to reveal the image in his imagination, or as he says “the image you see inside your soul.”

As a landscape photographer, he is subject to the weather. Oftentimes waiting weeks in one place and walking away with nothing. But he notes that “sometimes the weather will give you something you will never expected and that is a miracle.” Miracles, it turns out, are an integral part to Bornier’s work. He offers two of his favorite images as evidence of this. He considers them divine gifts from above, because they were not made by him, but rather presented to him. 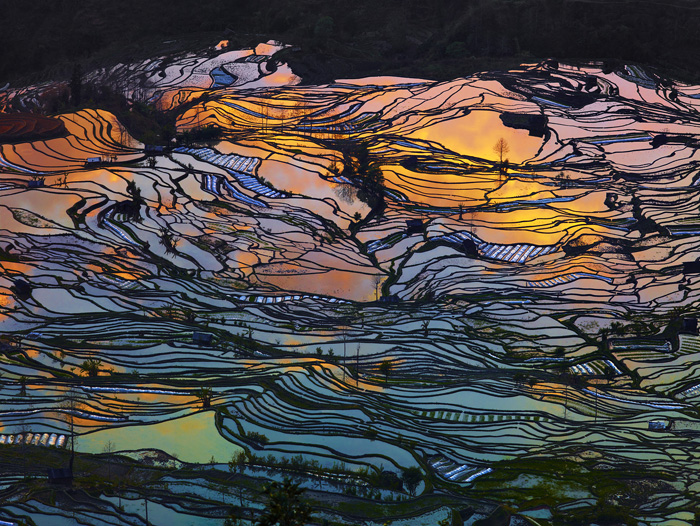 The first is “God’s Palette” where the setting sun illuminated the rice terraces in such a way as to mimic a painter’s palette and the second, and perhaps even more evocative, is “Huangshan Falls.” Bornier recalls his conversation with several older, local Chinese men after he snapped the photograph below. They told him that this type of weather effect occurred only once every hundred years. They had been coming for decades waiting for this moment and he had captured it. It is additionally profound that this photograph has zero post-production. It is the wild, Chinese landscape alone that resides in the beauty of this natural, unadulterated image and it is why Bornier loves what he does: clouds flowing over the hills without the aid of a slowed shutter speed or the manipulation of a blur effect. It is landscape photography in its most basic, and yet ironically most surreal, form. 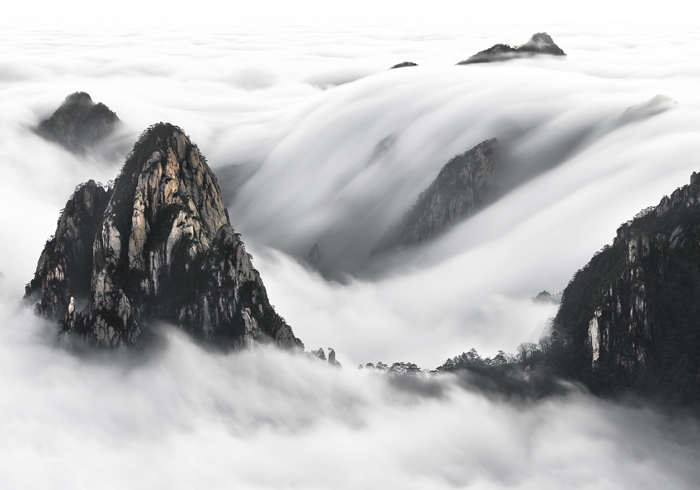 Bornier continues to live and work in the Yunnan province of China, hoping to share the beauty of the Chinese landscape with the rest of the world. Click here to find out more about his work.

The Surveillance Artist Turning Landscape Photography Inside Out

When Landscapes Become Portraits Instead | City of the Seekers