You might have seen a housefly, maybe even a Superfly, but I bet you’ve never ever seen a monolithic block of concrete fly. Set foot into The Armory Show‘s Pier 94 from the southern entrance, and that’s exactly what you’ll find hovering about 10 feet above head level.

Titled Drifter, the 5 x 2.5 x 2.5-meter rectangular prism created by Dutch artists Studio Drift was presented by Pace Gallery. The kinetic sculpture wraps up contrasting feelings around weight and weightlessness for a confusing, enchanting viewing experience that sets itself apart from the rest of the 200+ galleries offerings.

GIF by the author

“We wanted to make something that everyone said was impossible,” Lonneke Gordijn, one-half of Studio Drift, tells Creators. Ralph Nauta, the other half, quickly chimes in: “When we come up with something, it might take 10, 20 years to complete. It doesn’t matter.”

The installation is rooted in concrete’s origin as a theoretical substance suggested by St. Thomas Moore in Utopia (1516) as an antidote to cheaply-made houses with heavy walls caving in. Hundreds of years later, concrete isn’t a dream, but one of the most ubiquitous building materials in the modern world. “Something that was once a science fiction idea has become normal and boring,” Gordijn says. “In Drifter, the system our world is built on starts to wander off.”

At first glance, the large-scale cinderblock levitating in midair seems to be held in place by magnets or magic. The duo are inscrutable when pressed for details about how exactly Drifter works. “The biggest challenge was to make everything seamless,” Gordijn says. Nauta follows: “The simpler things seem, the more complicated they probably are. Like with your phone. You touch a button, something happens, but you don’t actually have any clue what’s going on.”

All they’ll reveal in-person is that they enlisted a lot of outside help to pull it off. “There are many different people involved, and we had to invent a technology to make it happen,” Gordijn says. “A similar technology was there, but it didn’t work how we wanted it to work.” Other than that, she asks viewers to be comfortable without an explanation. “I think it’s great to have some mysteries in your life because that’s how impossible things become possible. That’s what makes innovation, what brings us forward in the end.”

Accompanying Drifter is a Microsoft Hololens experience presented by Artsy. You wear the augmented reality headset in an installation peppered with the busted bases of concrete columns. Turn it on and the cracked tops of each pillar digitally float above their physical counterparts. A green and grey circuit-patterned backdrop lends the experience the feeling of waking up inside The Matrix, except there’s no kung fu and then you go back to reality after a minute and a half.

Studio Drift has been applying clever concepts to design staples since 2007. Initially they produced projects like a bridge that glows as people cross, a lamp made from a dandelion and a 9-volt battery, and a chair that hides a ghostly figure except under a certain kind of light. Their recent projects incorporate kinetic elements, such as the glass chandelier In 20 Steps, which represented the Netherlands at the Venice Biennale. Studio Drift also makes films that compliment and complement their installations.

Drifter is part of The Armory Show’s special programming series Platform, which celebrates large scale artworks that needle humanity’s relationship with technology. Also included in Platform are a town square-style installation by Yayoi Kusama and a giant hanging dragon by Ai Weiwei. 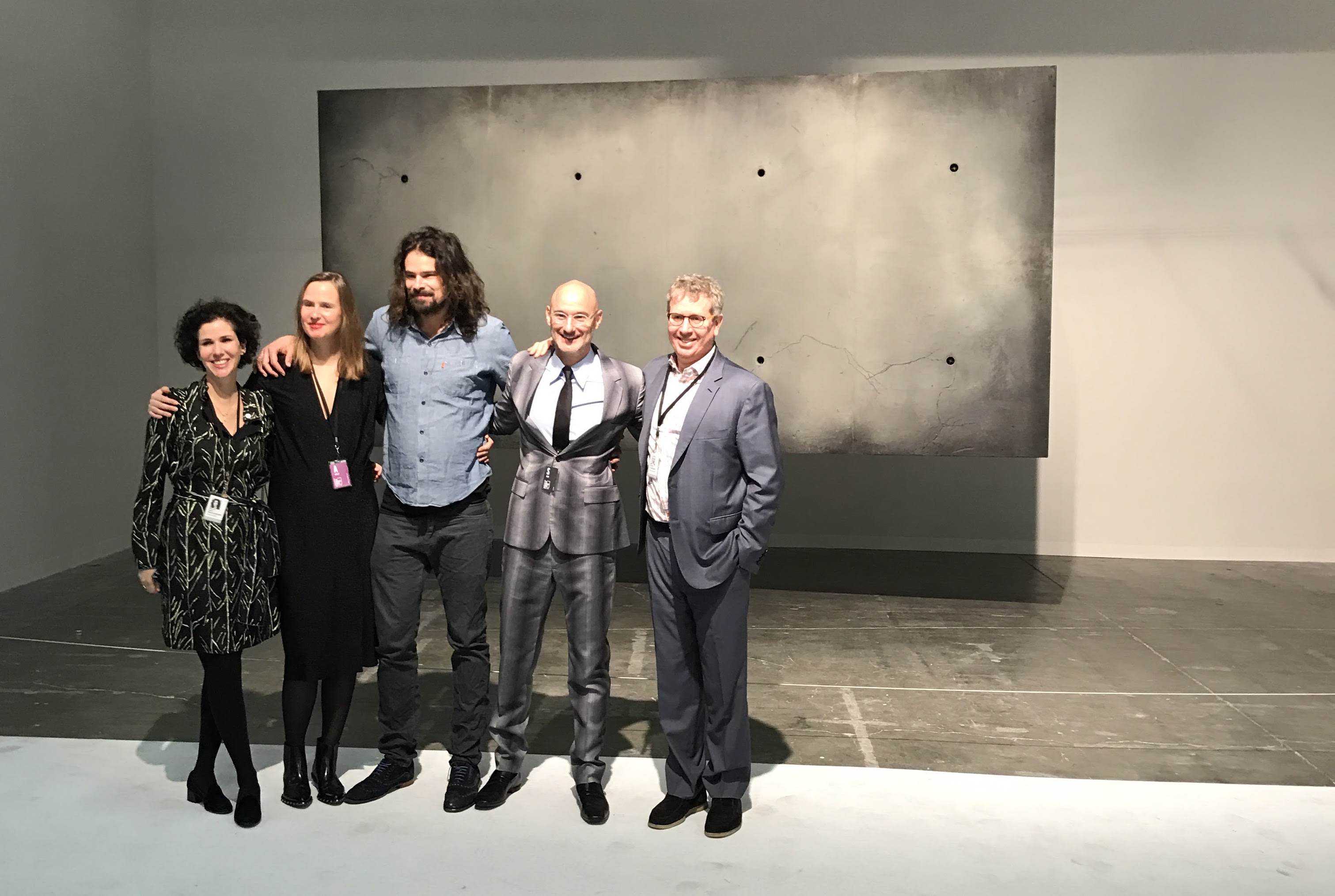 The Armory Show is open to the public March 2–5. Find more of Studio Drift’s work on their website.

Modern vs. Contemporary Art at the Armory

A Glass Bird Takes Flight at the Venice Biennale

Look Inside a Visual Encyclopedia of Contemporary Concrete Buildings