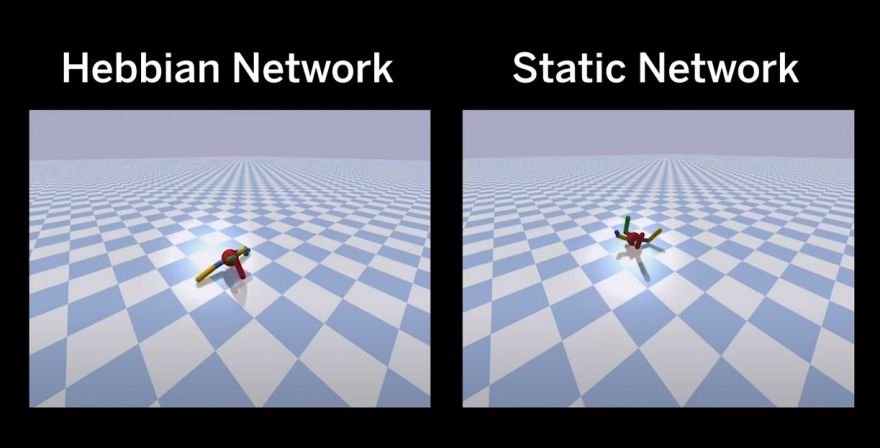 Two robots, both of which have brains that have evolved for over 300 generations, can be seen in the video. Both of them have one leg broken as well. However, only one of them can walk upright, while the other struggles to get back up. But why? That’s because one of them has been programmed to keep learning.

Artificial intelligence (AI) often relies on so-called neural networks, algorithms inspired by the human brain. But unlike ours, AI brains usually don’t learn new things once they’ve been trained and deployed; they’re stuck with the same thinking they’re born with.

So, in a new study, researchers created nets with “Hebbian rules”—mathematical formulas that allow AI brains to keep learning. Rather than their synaptic weights—the values dictating how activity spreads from one neuron to another—remaining static, they change based on experience. Then, the team partially removed the left front leg of both bots, forcing them to try to compensate for the injury. Both bots struggled at first, but the Hebbian bot was able to walk nearly seven times as far, the researchers report this month at the Conference on Neural Information Processing Systems.