If you’re anything like me, a trip to the airport is one of the most stressful things we can put ourselves through. The continuous questions of where did I leave my passport, did I pack enough socks, have I accidentally misplaced a bomb and now the security guard is going to find it? And then you remember—it is all based in angst and the continuous questioning of ‘what if’ rather than you being the next Unabomber.

But there is one thing that helps calm the nerves down a little bit and that is a puppy. Rather than one of the more commonly seen drug detection dogs that might instill fear and make you question whether you’d ever had the chance to accidentally sit on some heroin, this is a story about the tiniest little drug-detecting pupper doing his best at an airport.

We’ll also take a look at the effectiveness of drug detection pups and the controversies surrounding it all, but if you don’t care too much about all that, we’ll add in lots of cute puppy pictures that are certain to make your day better. We all can agree—there is nothing cuter than a doggo in uniform.

A video on TikTok caught the tiniest drug detection pup strutting around the airport, doing a hecking good job 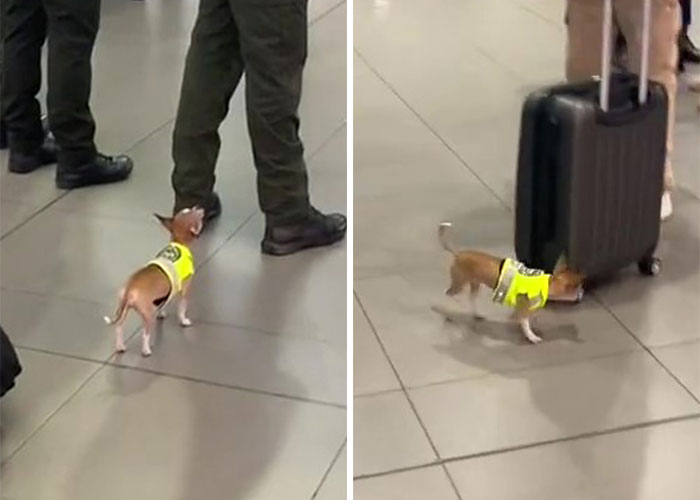 Tiny but mighty seem the appropriate words to describe the scene here. A few days ago, while passing through an airport in Colombia, passenger Agata Fornasa spotted a group of law enforcement officers accompanied by a teeny tiny contraband-sniffing Chihuahua, donning the smallest yellow police vest.

In the video, the puppy is seen strutting around the airport, sniffing around the bags, although he seems to get very interested in a pillar. Could there be something there? Who knows. What we can be certain of is that it is absolutely adorable.

Agata told The Dodo that some girls from the duty-free shop told her his name was Chiqui. She thought the puppy and his work were beautiful, thus she filmed it and posted the video on her TikTok account. The video itself has gone viral, amassing 9M views and over 650K likes. Agata continued to say that the pup made everyone smile: “He was very focused on his work. So handsome.”

The small size and adorable nature of the pupper has caught the attention of many, amassing 9M views 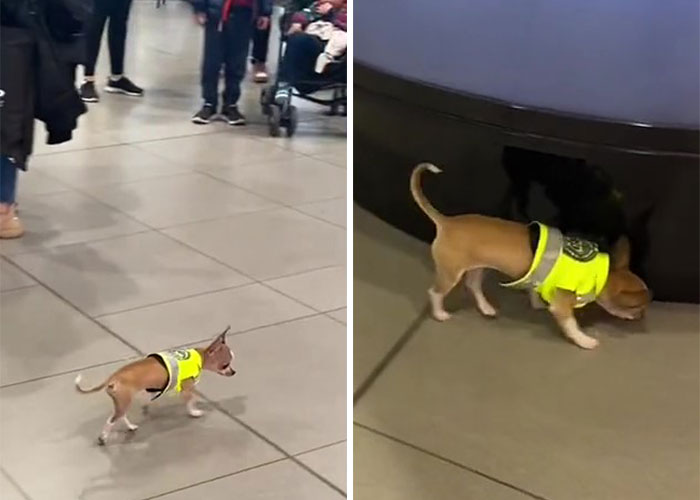 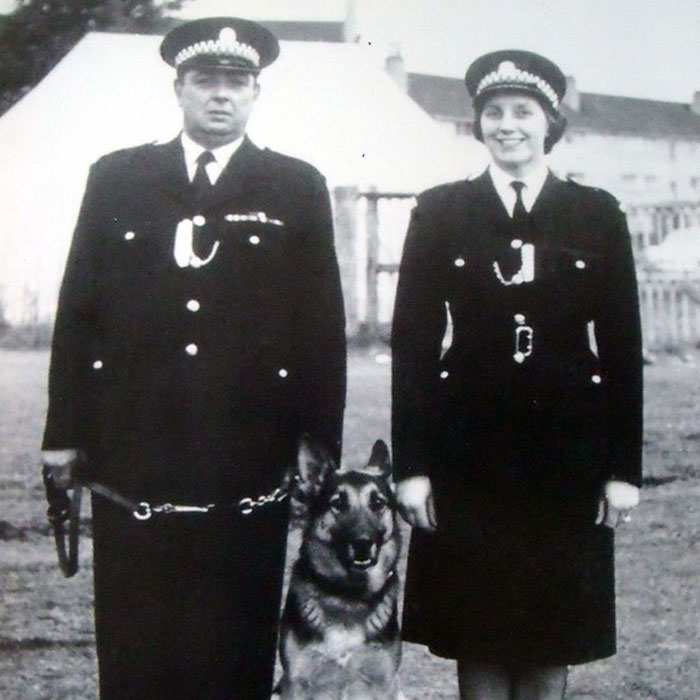 Canines have been used as police companions and co-workers for centuries, but when did we start using dogs for working purposes?

According to Custom Canine Unlimited, the first uses of police dogs can be traced back to late 1880s England, where bloodhounds’ amazing sense of smell was used to search for Jack the Ripper. At the very beginning of the 1900s, Belgian police started the formal K9 training process for law enforcement dogs and it’s been the case that for more than a century, law enforcement across the world has utilized the skills and agility of canines.

Drug detection dogs are used for a range of tasks including airports, marine applications, hospitals, schools, colleges and universities, events, prisons, businesses and homes, all who see the benefits of using sniffer dogs for tighter security measures. They can be used to detect drugs on individuals, within buildings, open areas and vehicles. 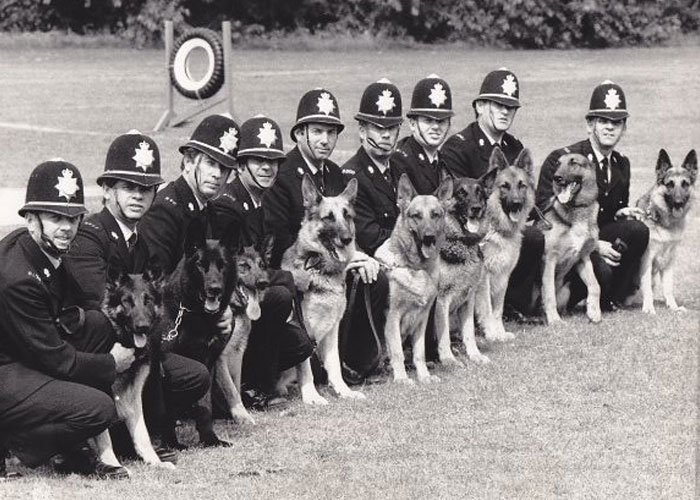 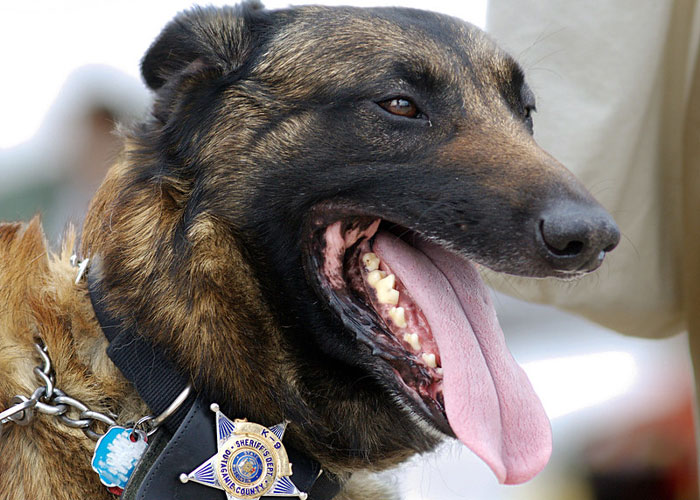 Canine Sniffer dogs and their handlers undergo extensive training for months in order to be certified and are successful because of their ability to work as a team. The most common breeds of police dog include Belgian Malinois, German Shepherd Dogs, Bloodhounds, Dutch Shepherds, and Labrador Retrievers.

According to ICTS, they will carry out testing and retraining throughout their entire careers to ensure their skills are reliable and up to standard. Dogs typically stay assigned to the handler they were trained with and the team gets re-tested together. 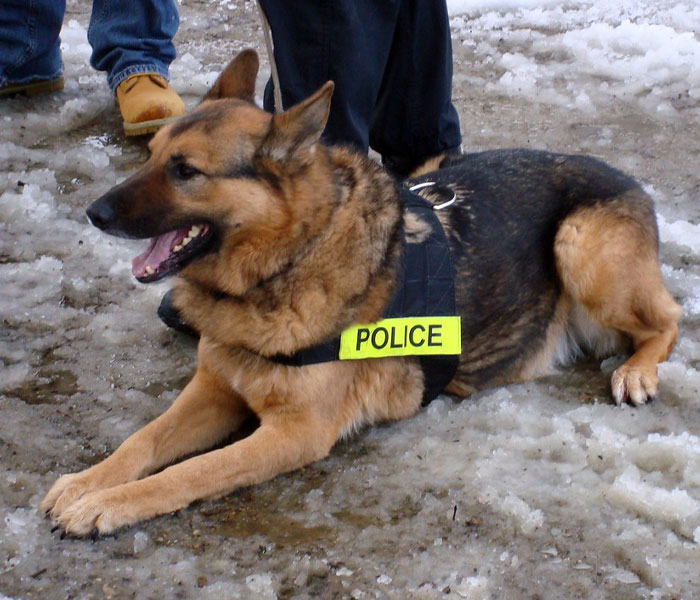 Utilizing the dog’s incredible sense of smell through a variety of games and treats, we can use it to our advantage 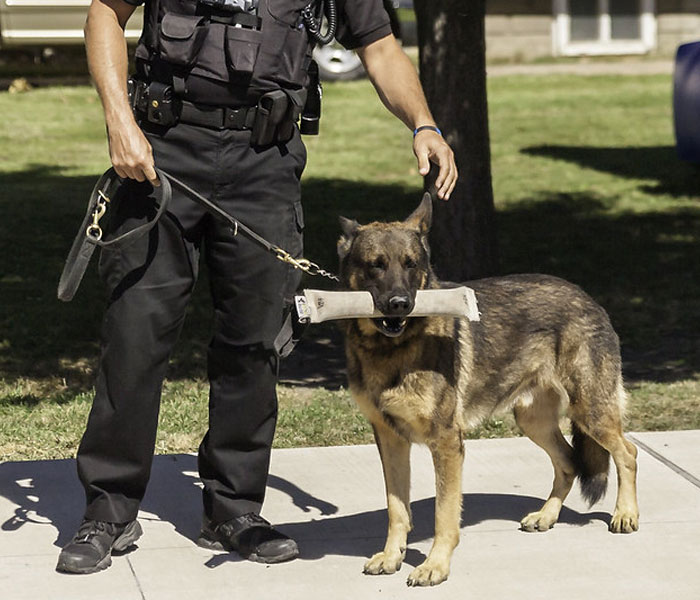 Training the pups starts with play. As described by 3DK9, whether that’d be toys, prompts, or exercise, all activities have one thing in common—treats.

The main objective is to make the dog associate the finding of the illegal substances with a reward; think of Pavlov’s dog as an example. Considering that a dog’s sense of smell is typically 100,000 times greater than a human’s, it seems to be perfect for tasks such as finding substances hidden from plain sight. However, the situation isn’t as wholesome as it may seem. 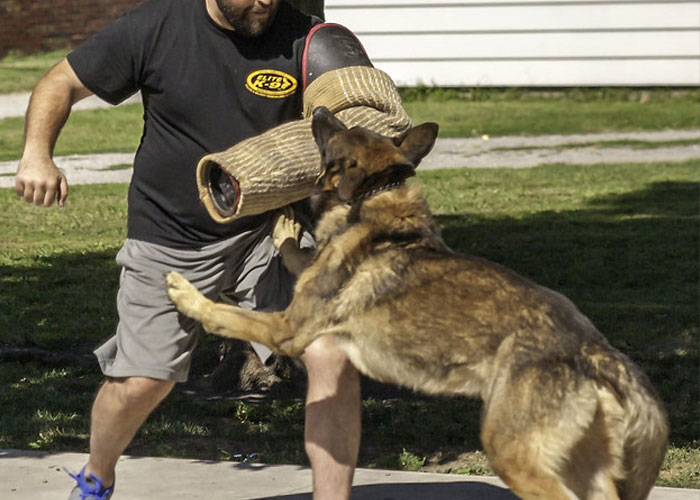 The benefits and downfalls of drug detection doggies have been extensively discussed, leading to a lot of controversy, but let’s enjoy some puppy pictures 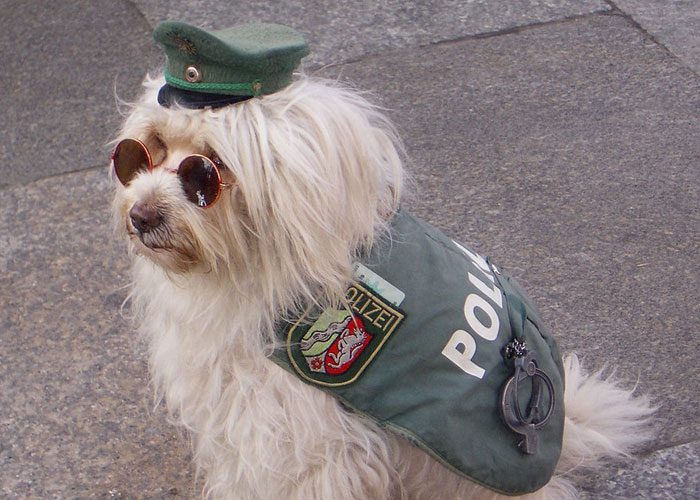 There is a lot of controversy in the media surrounding the use of drug detection dogs as a method of drug detection as a very small amount of research has actually been done to investigate their efficiency. But from what we have seen, the numbers and the potential benefit aren’t promising.

M. Dunn and L. Degenhardt, 2009, found that drug users don’t see detection dogs as an obstacle to their drug use; they either take precautions or consume their drugs when coming in contact with police dogs.

Some experts have voiced concerns that the use of dogs may deter the use of drugs in public locations, closer to medical assistance. Research exploring patterns of drug use has found that drug consumption in private locations may be a marker for riskier drug use, potentially leading to overdose. 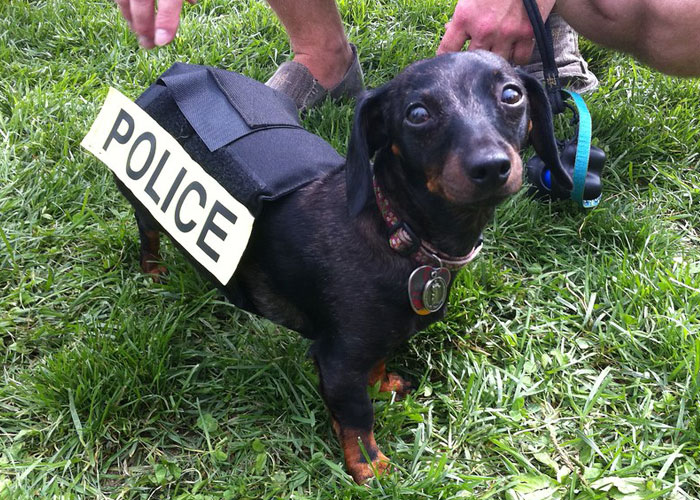 Peta Malins’ 2019 study reported that the experience of being police dog searched was highly distressing, making people feel disempowered and dehumanized. She believes that because the “operations are not working and are instead producing a range of harms including increased risks of overdose, stigma and trauma, they should be immediately discontinued.” 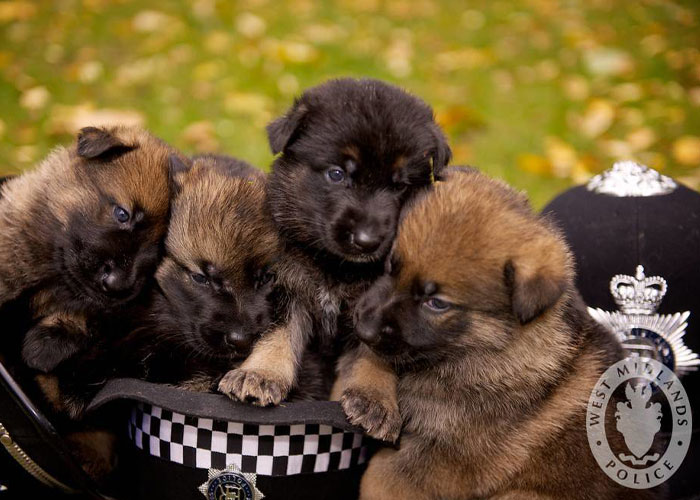 Furthermore, evidence suggested that detection dogs primarily detect consumers rather than detecting drug suppliers. Dave Wright, a former NSW Police dog trainer, told Fact Check that drug detection dogs would not be able to tell the difference between a residual scent and a scent from someone in possession of drugs.

Multiple people cite the importance of The Fourth Amendment Right, preventing people from unreasonable searches and seizures by the government, which might be encouraged by a dog suddenly catching a whiff of drugs. 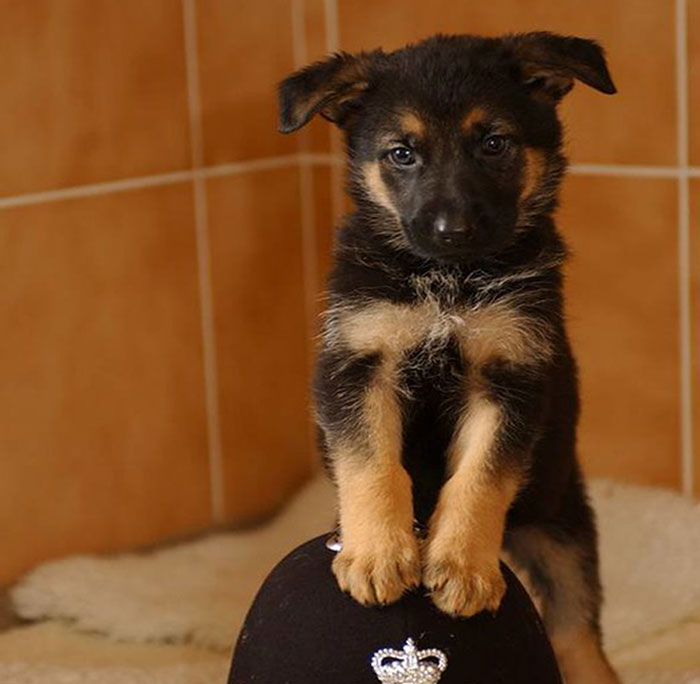 It is difficult to say at this moment which course of action is best—do we say goodbye to our K9 detectives or should they stay a while longer, but with more measures being taken to ensure the responsible handling of the situations that arise? At the end of the day, let’s appreciate the doggies doing their best and let’s leave the heavy topics for the experts.

You can watch the original video here

Let us know what you thought of this story! What is your favorite breed of pup, do you think smaller dogs can be as effective as their larger siblings at doing police work? And as always, have a great day!

People have fallen in love with the tiny police pup, saying the only people not smiling will be the ones with trouble on their hands

The post This Airport In Colombia Hired A Chihuahua As Their Sniffer Dog And People Online Are Loving It first appeared on Bored Panda.