Using technology as the medium, New York-based artist Seth Price and a collective of anonymous coders have built a conceptual art piece that, among many other things, reveals some of Trump’s top financial supporters in the art world. The piece—comprised of an “algorithmic perception tool” and a website called Organic Software to host the tool and demonstrate its results—is in line with the new wave of conceptual art rooted in technology, dubbed “art hacktivism.” According to the event Art Hack Day, this includes “hackers whose medium is art and artists whose medium is technology.”

According to Synthetic Piracy, an anonymous coder who helped bring the project to fruition, the algorithmic perception tool gathers relevant data—in this case, names, faces, related articles, auction results, and donations made by the art world—and acts as a mirror, reflecting the research back as a “group portrait.” 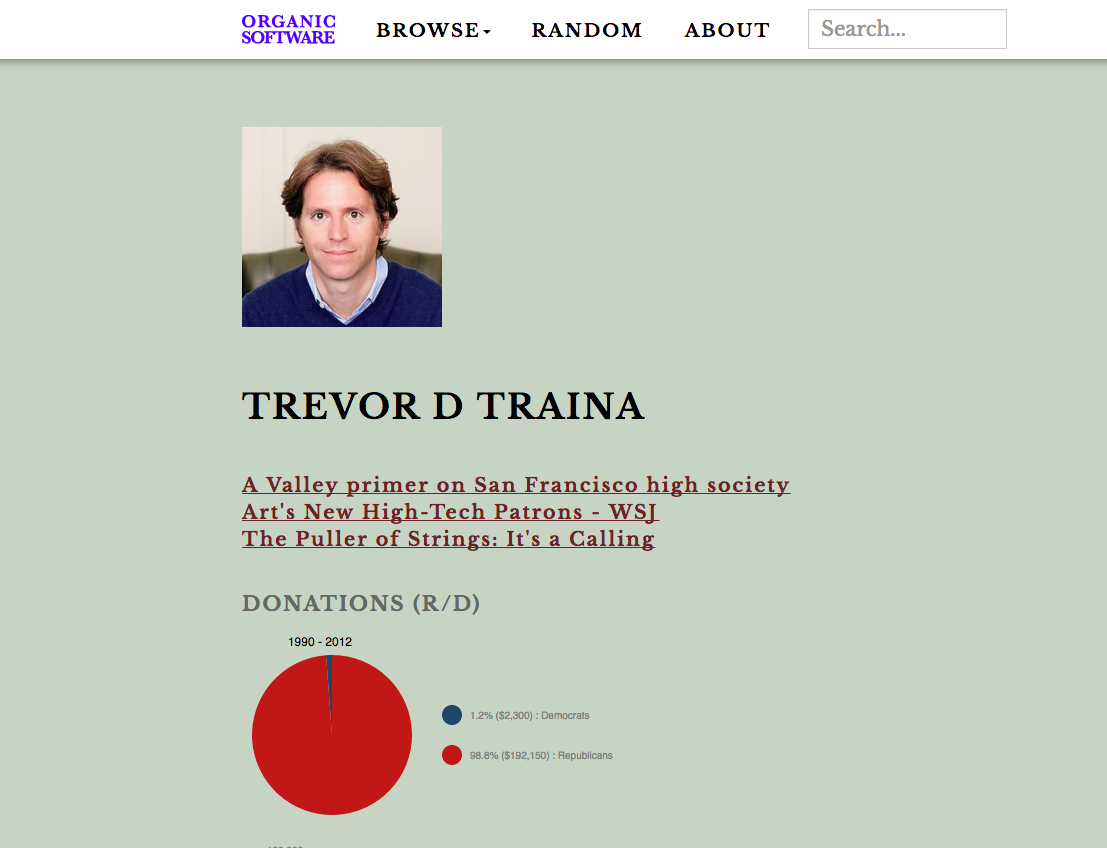 A detail of one of the site’s listed Trump financiers.

The most recent addition to the site is its “Trump Transition Team Finance Committee” page, which surfaces the political donations that five art collectors and investors have made over the years. This particular “gang of five” is highlighted for their prominent and recent support of Republican politicians. A message “from the American people” on the site reads, “Shame on your for Trump support!”

The project, which took about six months to create, is centered on the algorithmic perception tool’s impressive data-gathering abilities which mines information readily available on the internet. Organic Software’s mission is to make that intel easier for the public to digest. “The donations are public information. None of this is detective work. None of it is blowing the lid off anything. It’s more like setting up a convenience store,” Synthetic Piracy tells Creators. 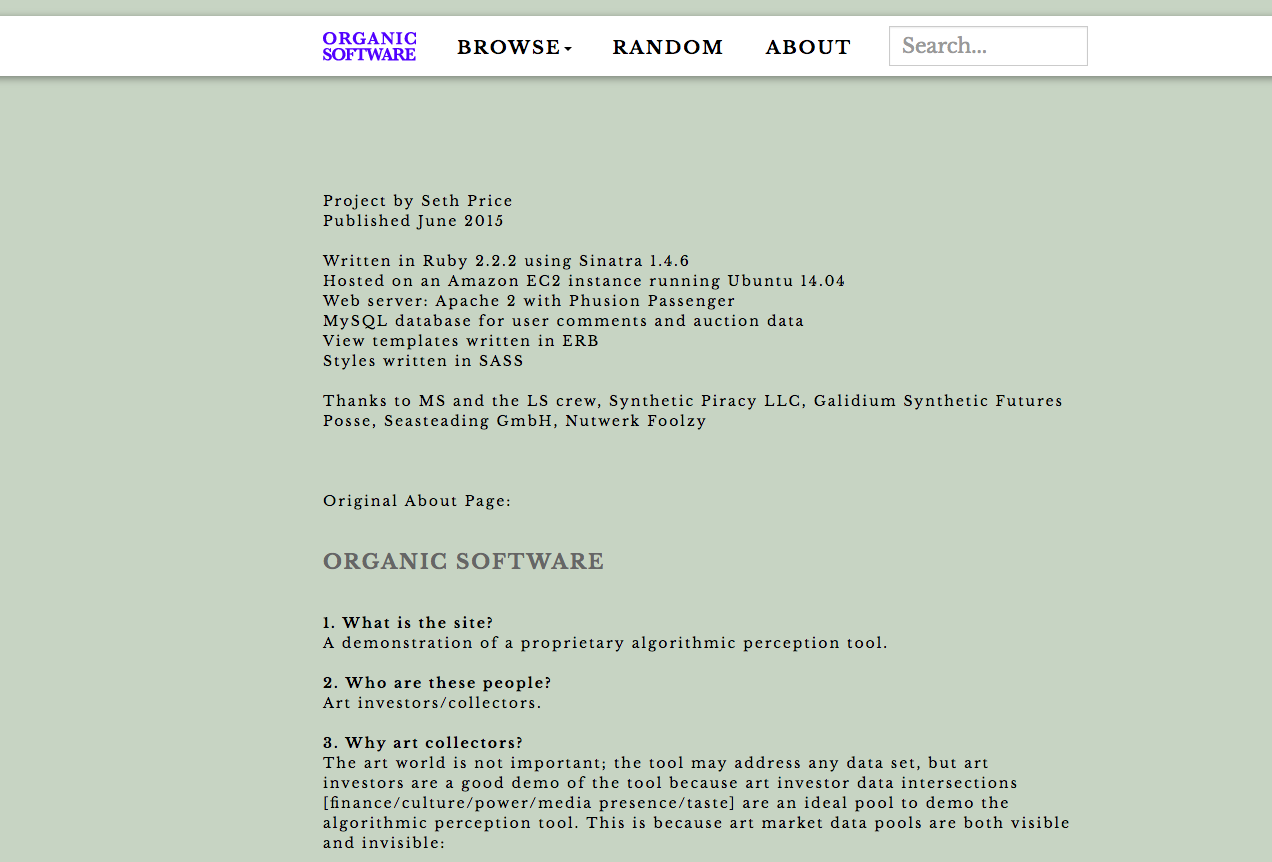 Detail of the project’s “About” page.

Speaking to Synthetic Piracy was almost as cryptic as the lines of code that built the algorithmic perception tool, which is apparently “barely glued together with spit and snot,” but the man behind the moniker is most likely Seth Price and Organic Software is most likely the result of a piece of conceptual writing from his 2015 novella Fuck Seth Price, in which the artist mused about the role of creatives in an increasingly digital world.

“The about page is pure fiction, actually the whole site is fiction. It was published the same month as this novel Fuck Seth Price. Both are just examples of creative writing. The tools were different, though. One was written using the literary style or technology of ‘autofiction,’ while the other was written in Ruby 2.2.2 using Sinatra 1.4.6,” Synthetic Piracy says.

Synthetic Piracy says the desired outcome of the project is “just to see what happened,” but a complementary result is increased transparency and heightened visibility of the affiliations major players in the art world have with politicians. Art hacktivism as a movement may signal the beginnings of the art world reclaiming some of the power that monied investors have over it, but Synthetic Piracy insists their part in the movement is “just a chop of the wrist, a gesture of anger.”

As Performance Art, an Algorithm Goes on Trial for Manslaughter