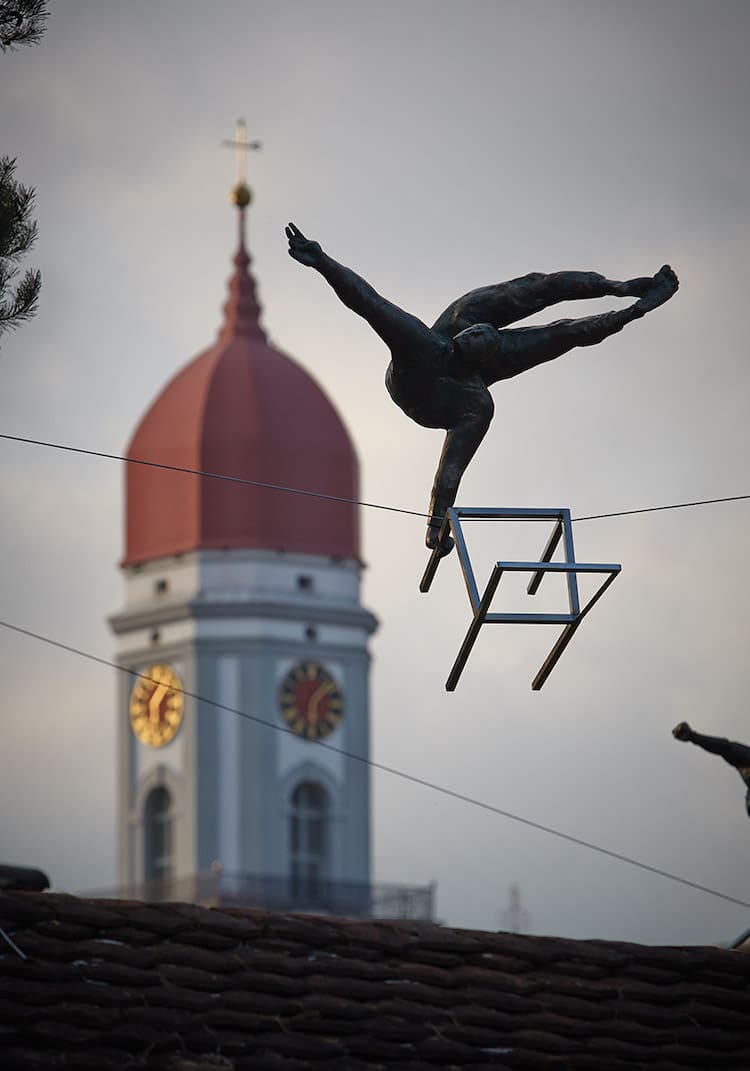 Polish sculptor Jerzy Kędziora is known for his balancing sculptures that appear in public spaces around the world. From Abu Dhabi to Miami to Krakow, Kędziora is able to string up his magnificent sculptures into athletic poses that defy gravity. His work stems from a diverse range of influences, resulting in a brilliant blend of classical sculpture and kinetic art.

Kędziora spent his time as a university student in Gdańsk, where he witnessed Poland’s turbulent political transformations throughout the 1980s. This first pushed him toward injecting his work with a political and social sensibility. Other indelible memories that streaks through his work are his experiences with the remnants of an Expo-like exhibition in his hometown after the war. As a young man, he would walk and play among the kinetic sculptures, fascinated by their op-art effect.

After having a successful career of exhibiting in traditional gallery spaces, Kędziora yearned for something more—this is where his series Balancing Sculptures was born. “With time, I began to dedicate my independent art from too narrow-minded and, for me, ‘dead’ exhibition halls into open space,” he shares with My Modern Met. “Here we collided with another arrangement and reception context. The sculpture appeared in a richer, natural surrounding and hooked not only the target but also accidentally often surprised viewers. It’s a fascinating, and even intriguing, experience.” 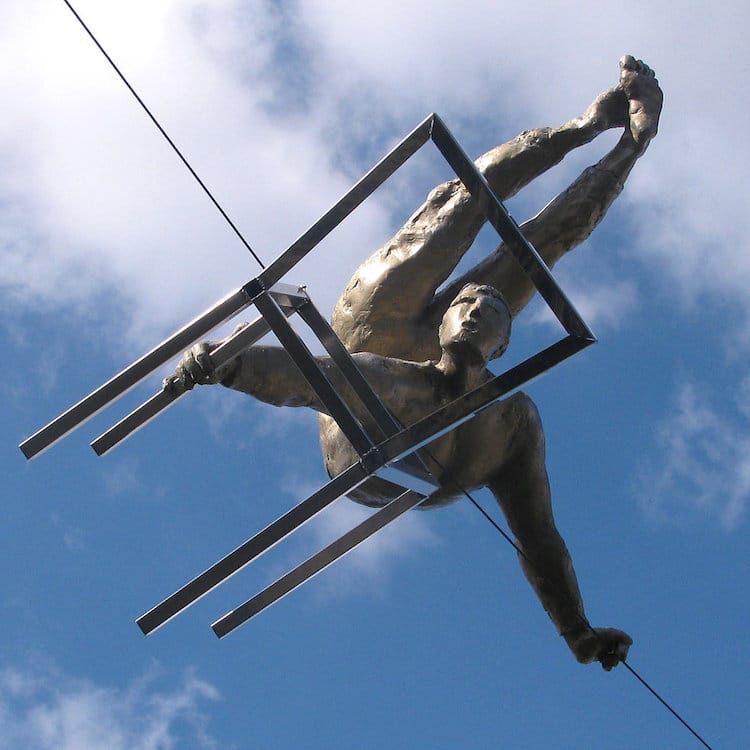 Whether creating permanent installations (like his group of sculptures balancing on the Bernatek Footbridge in Krakow) or temporary exhibitions, each artwork is a visual delight for those who encounter it. The impact of his work on the public is something that stays with the artist, giving as much satisfaction as the awards and honors he receives.

“Residents of many cities in which my sculptures have been installed very much identify with them. They accept them. They miss them when they disappear from their space after the exhibition time,” Kędziora shares. The positive reception of his work comes as no surprise given what they add to each respective city, visually and metaphorically. His early works featuring tightrope walkers present not only a feat of engineering but also a public commentary on the thin line between the extremes of choice—both political and personal. By honing the technical aspect of his craft, as well as focusing on the implicit meaning behind the work, Kędziora has achieved breakout international success with his public art.

Even well into his career, Kędziora continues to push himself. His newest set of works, Athletes, features a different direction in the anatomy of his figures. Long and elongated, these heroes of sports are rendered in a classical form that shows them reaching determinedly for the high bar they’ve set for themselves. Emphasizing the limits of the human body, each of the six sculptures is also a metaphor for our fast-paced lives. Four of the six figures are finished, with only one—Athlete III—displayed in public thus far.

In addition to pushing his own career limits, Kędziora is also making moves to help others with his newly founded Art&Balance Foundation. Through this foundation, he says, “I hope that the support of my actions will help to strengthen the effectiveness of their [other artists’] impact and more effectively integrate them into the world context of the latest art.”

Kędziora currently has a selection of his work on view in an exhibition called Charlie Chaplin & Friends. Balancing Sculptures by Jerzy Jotka Kedziora at the Sculpture Park Art-St-Urban in Switzerland until the end of October 2019. 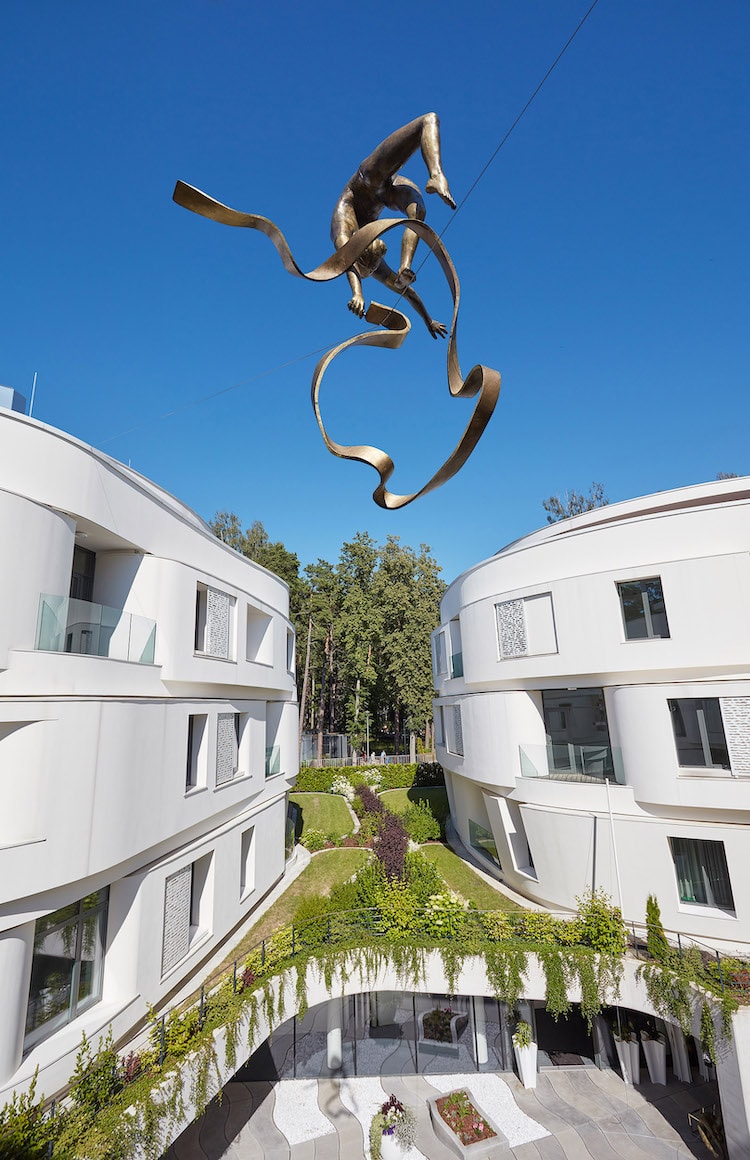 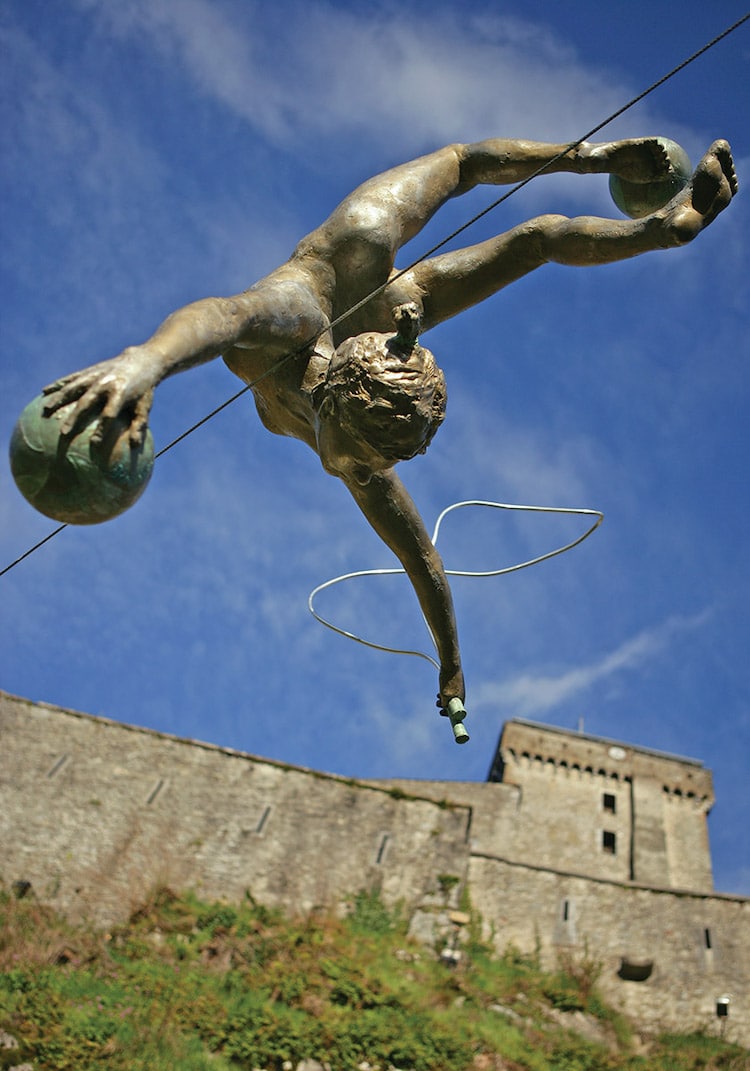 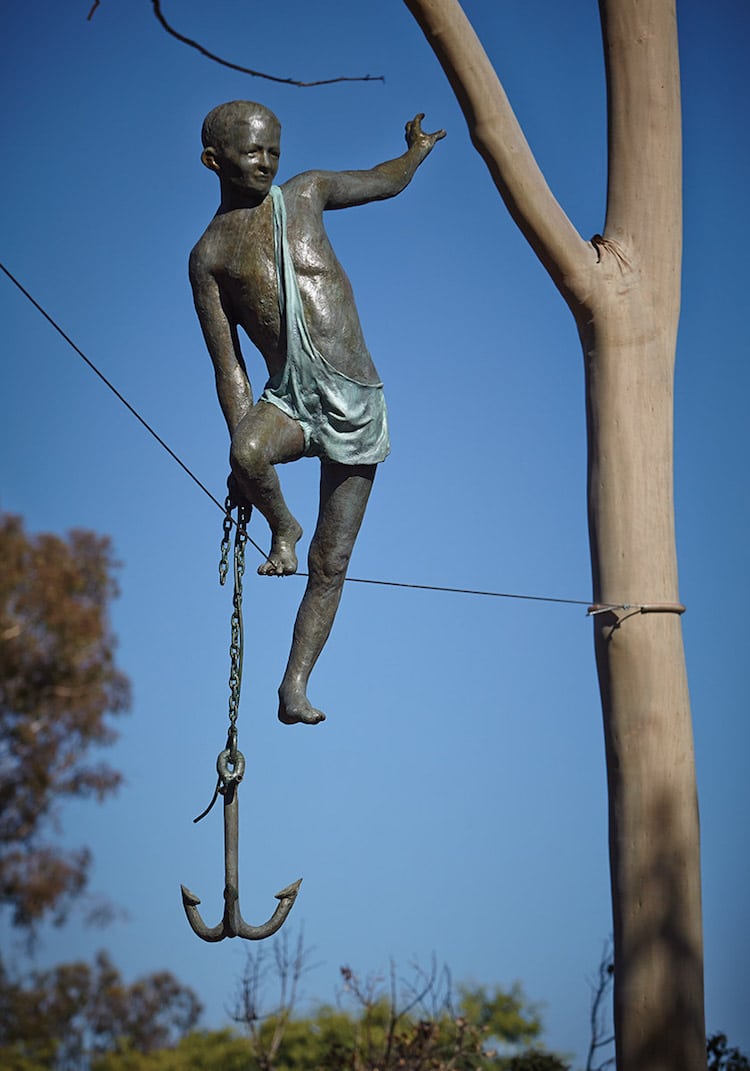 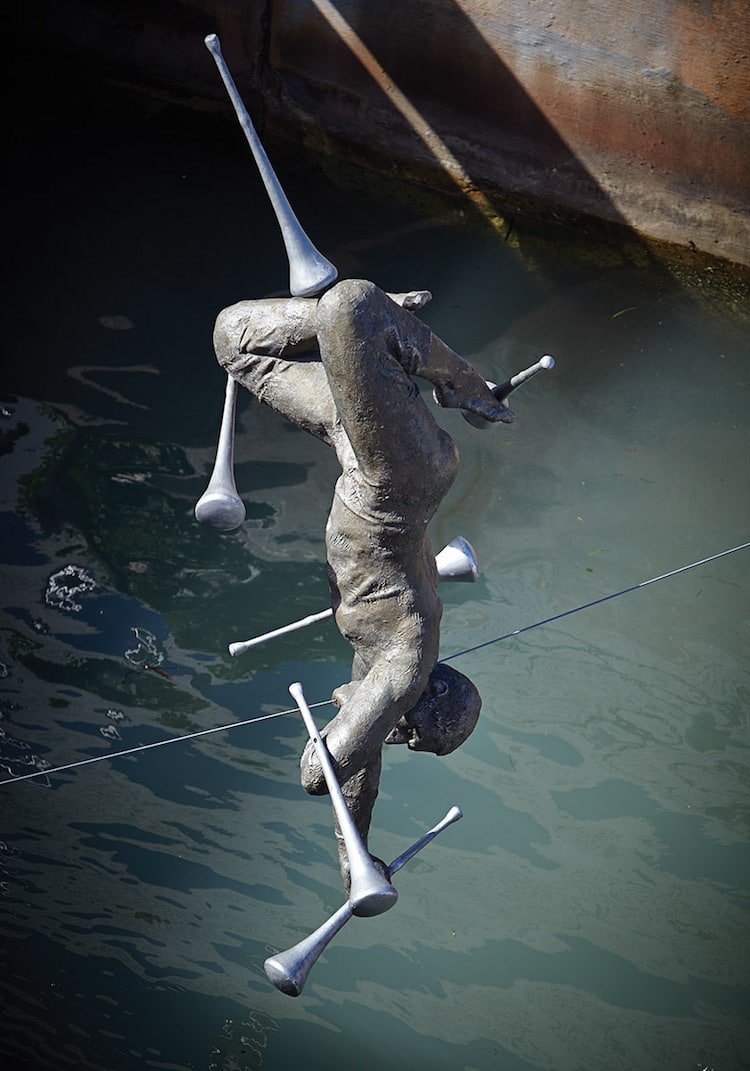 In 2016, he created a permanent installation of 9 sculptures on the Bernatek Footbridge in Krakow. 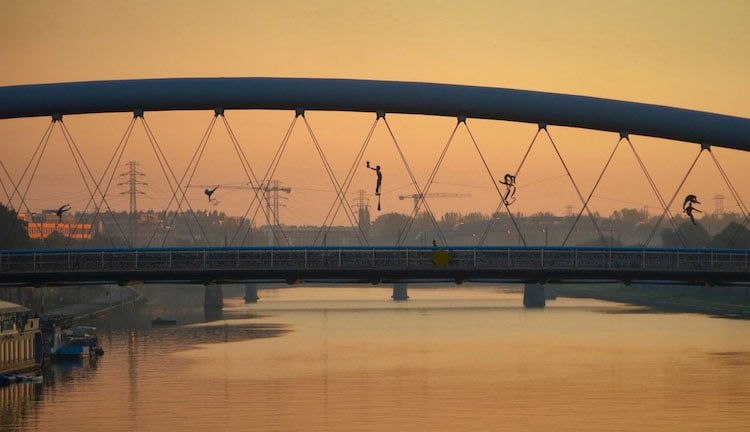 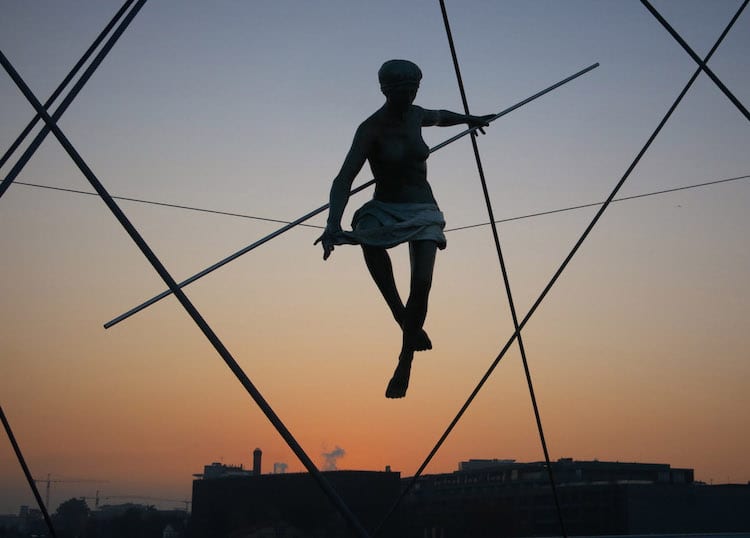 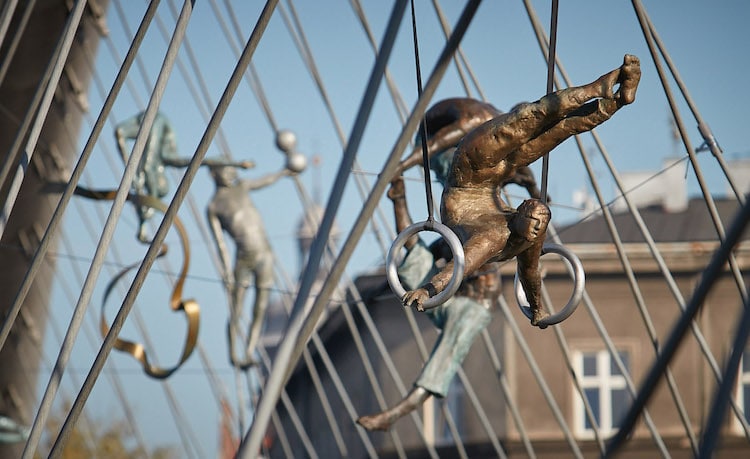 The contemporary artist’s incredible public art can be found in permanent and temporary installations around the world. 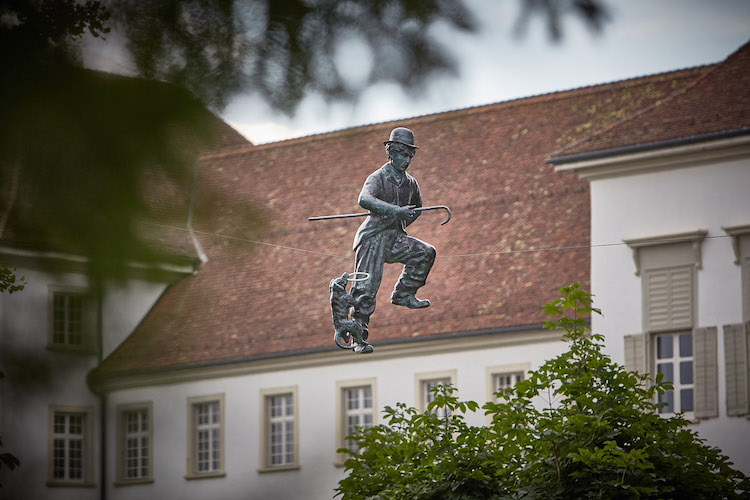 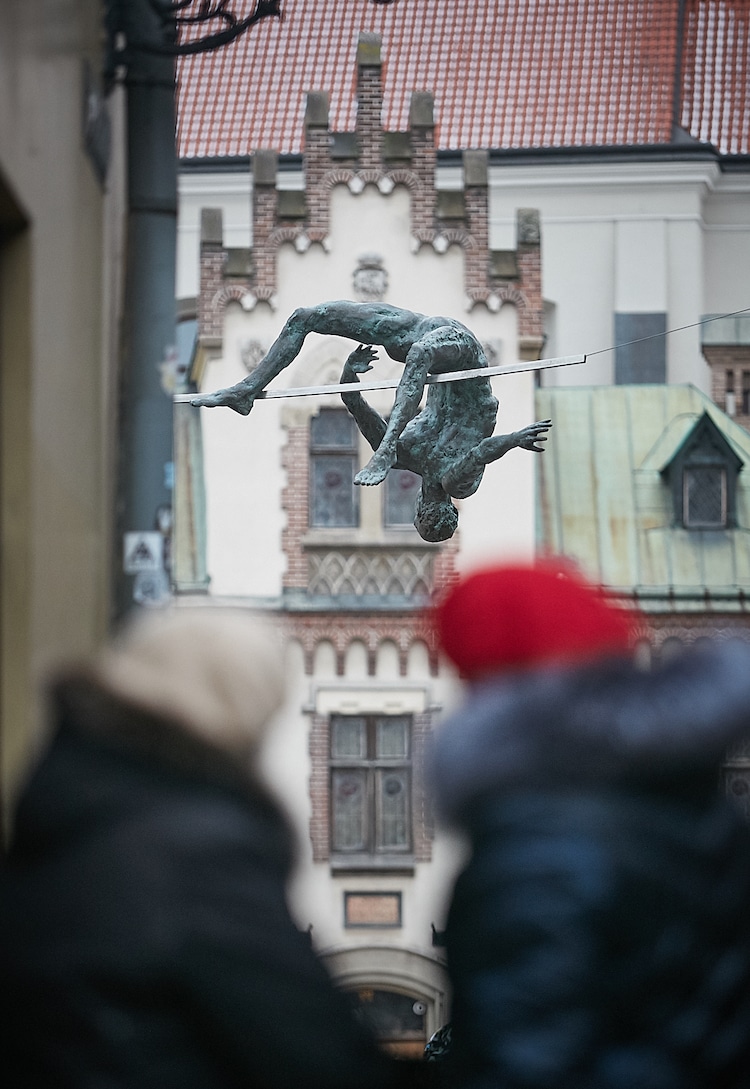 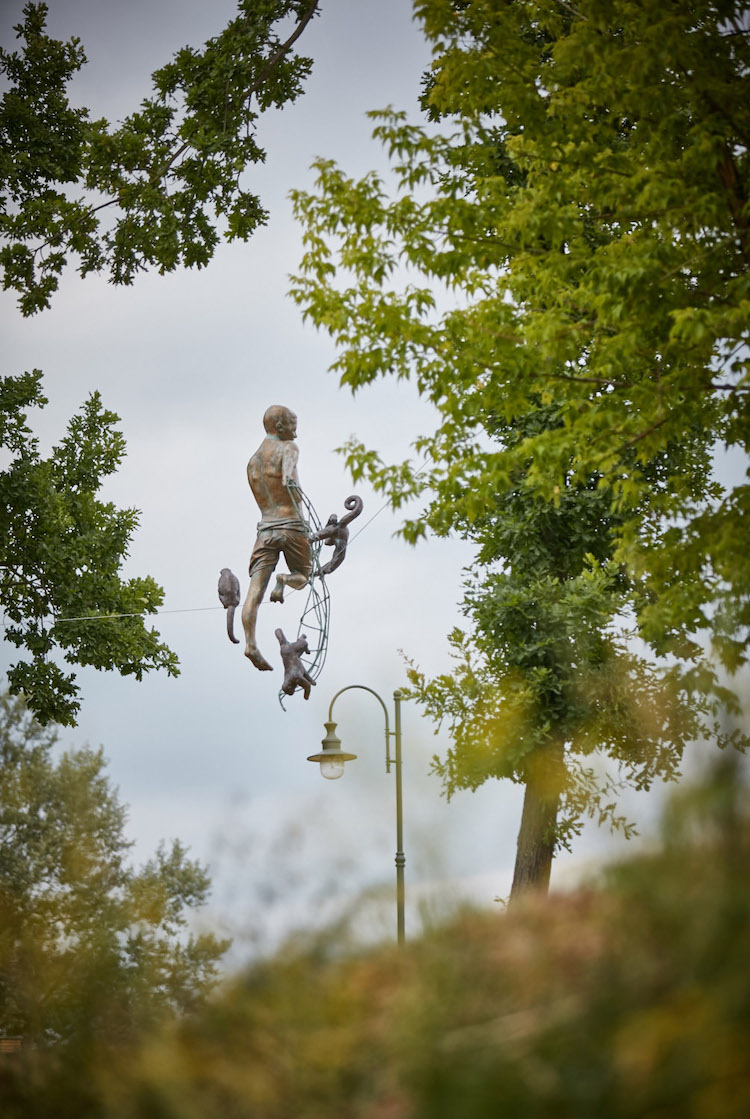 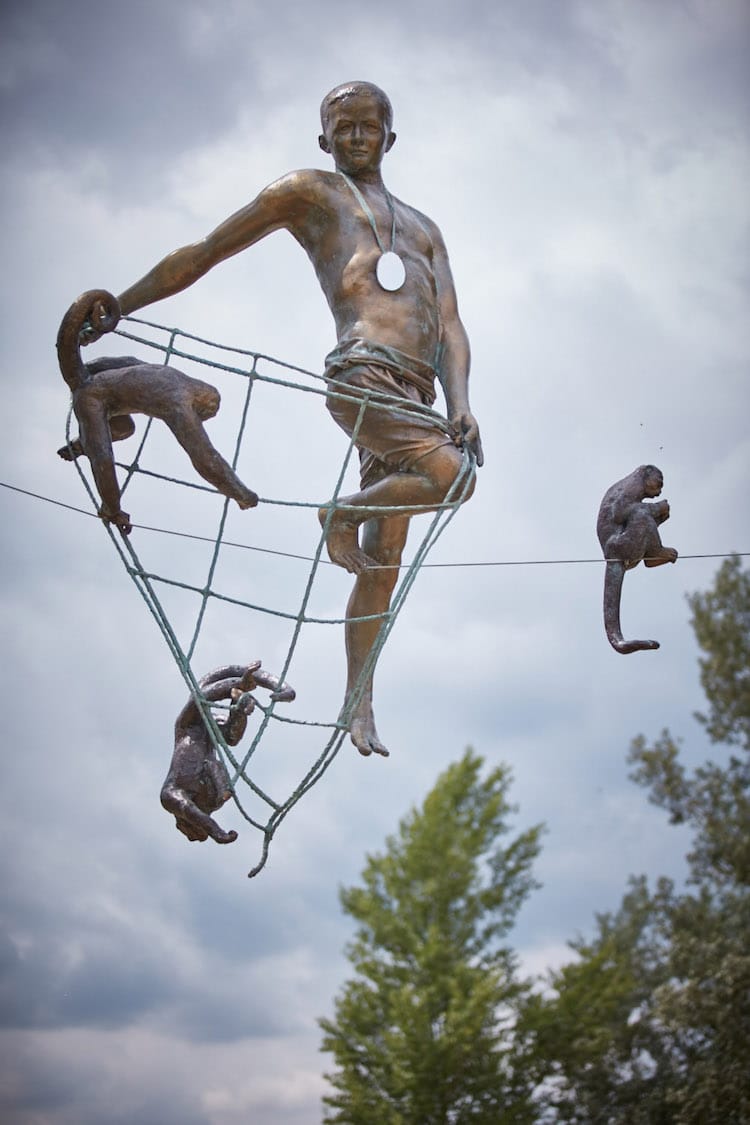 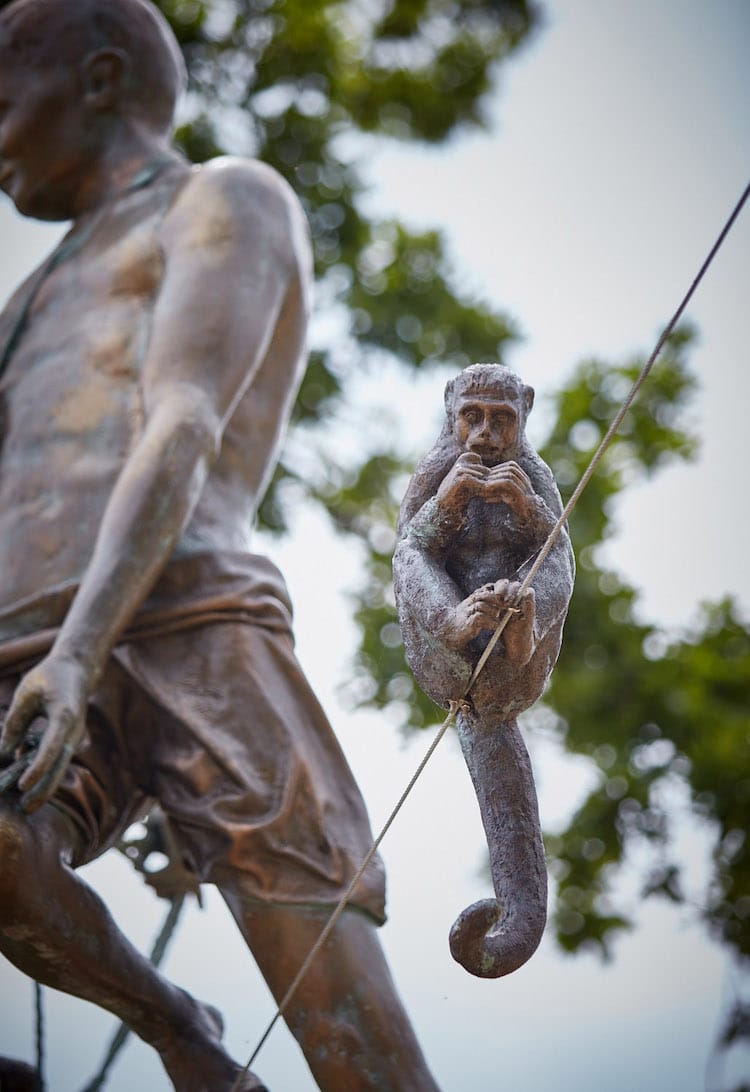 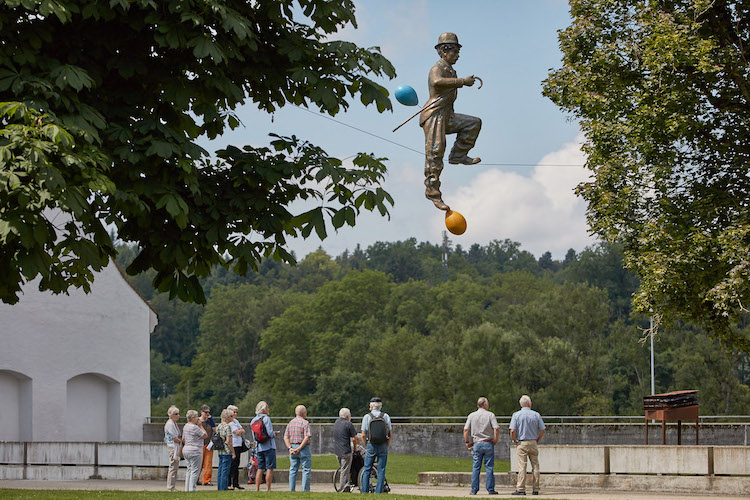 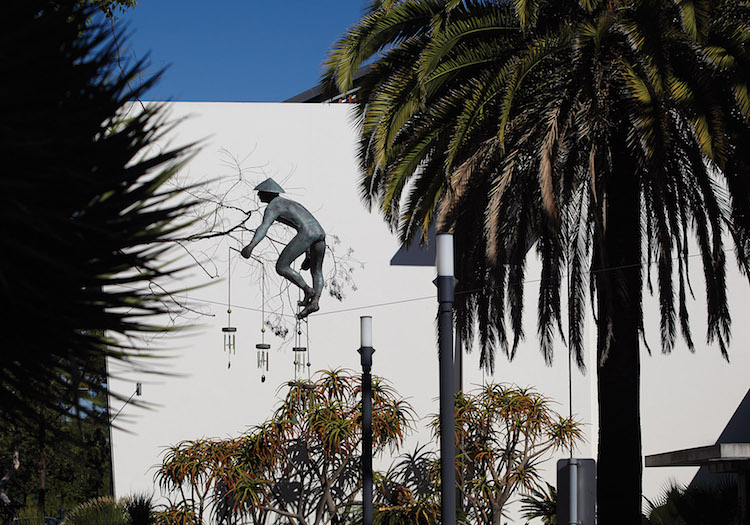 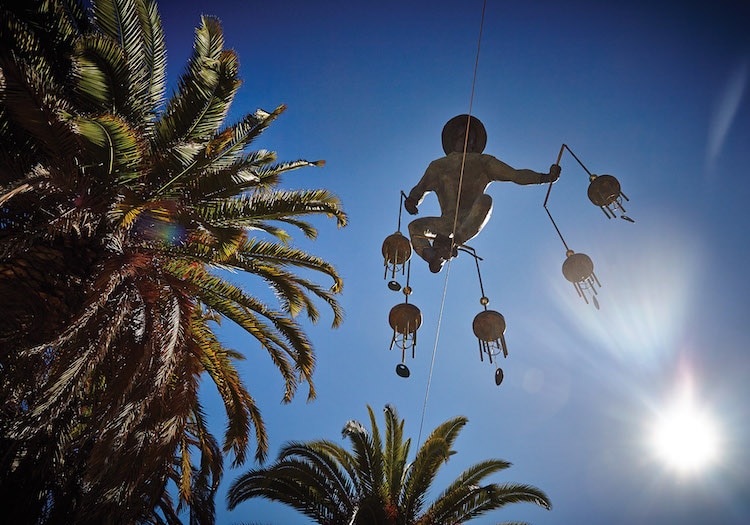 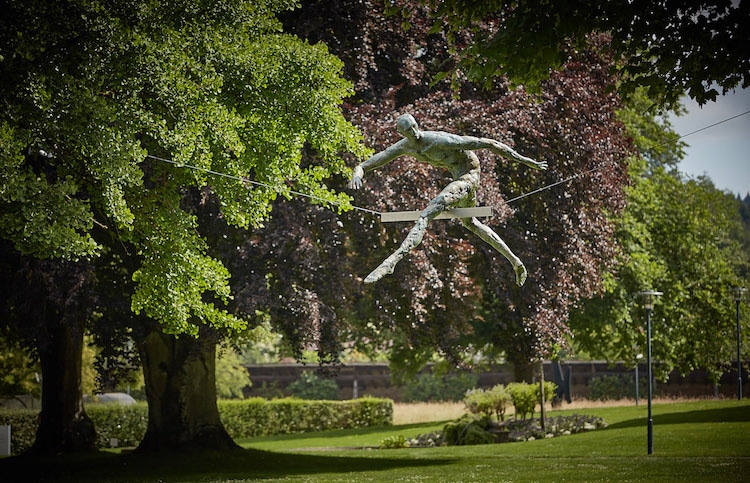 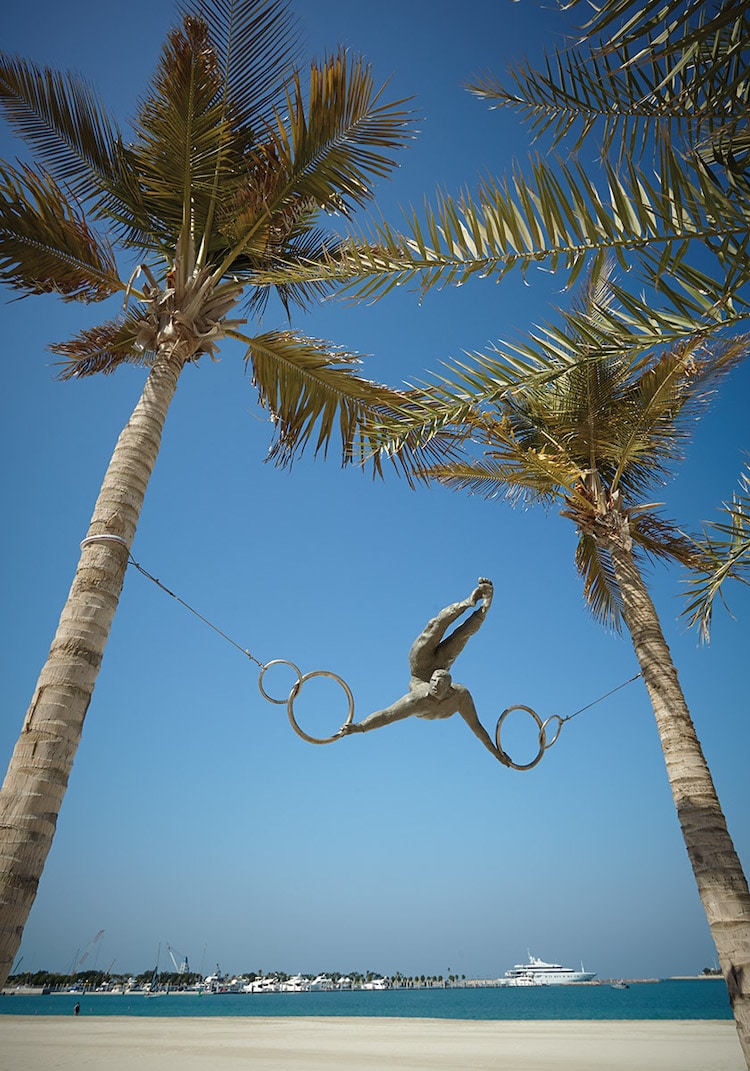 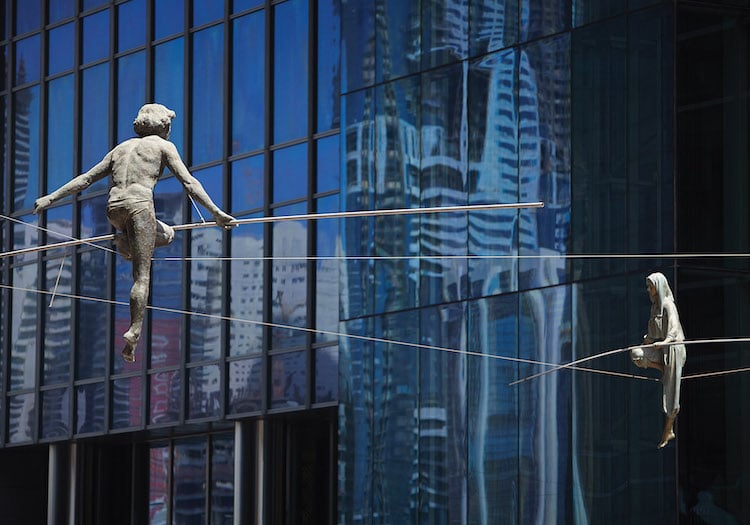 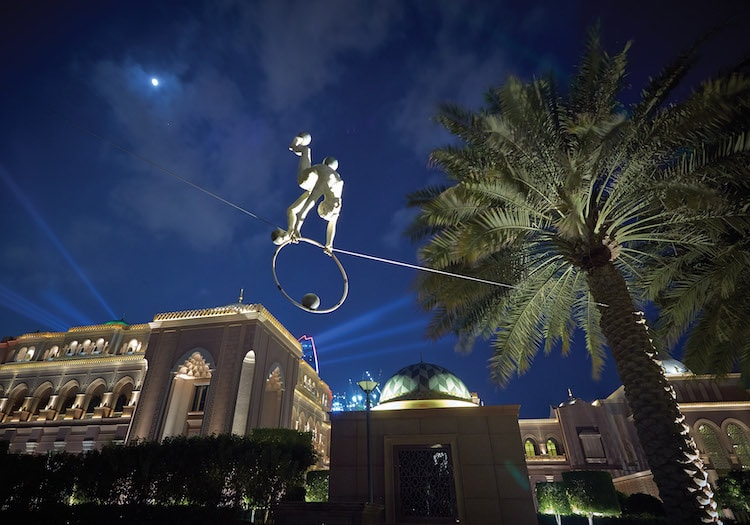 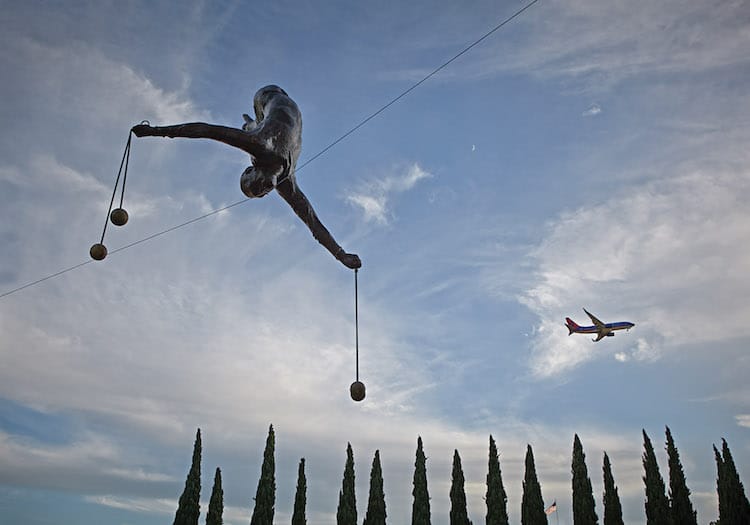 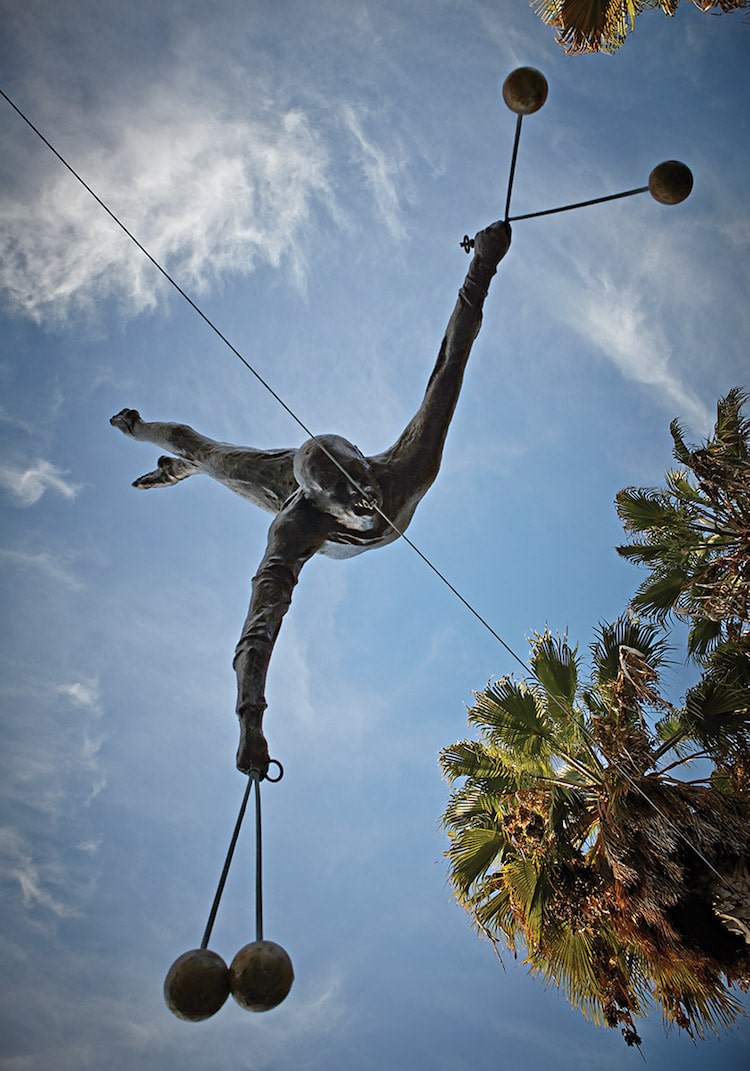 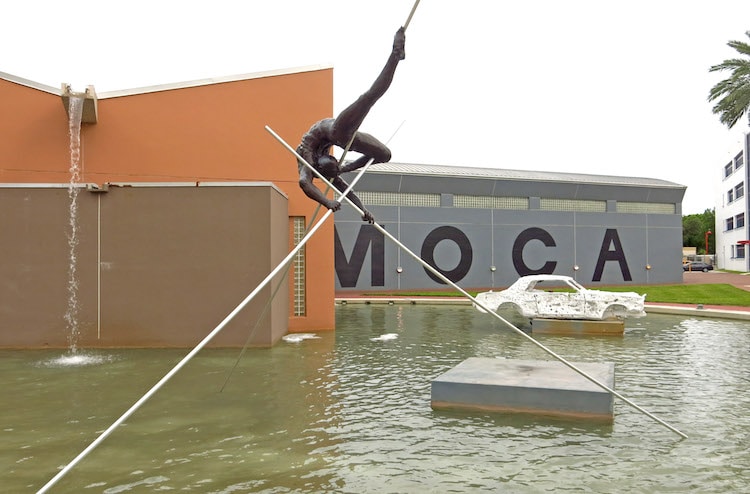 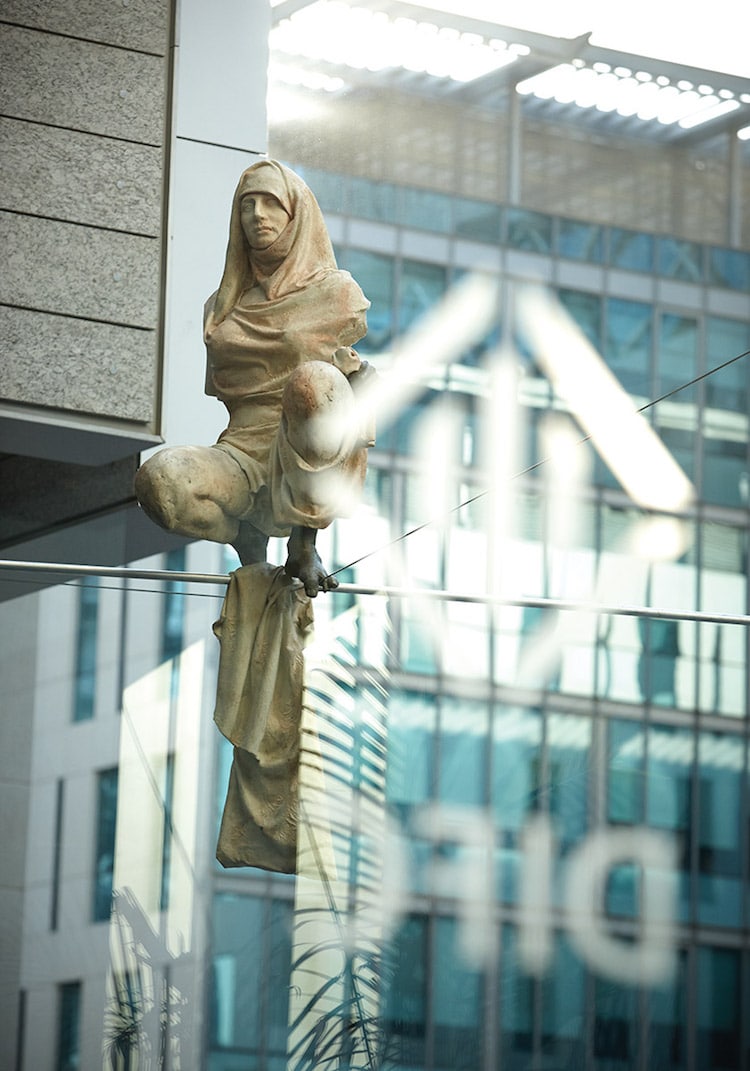 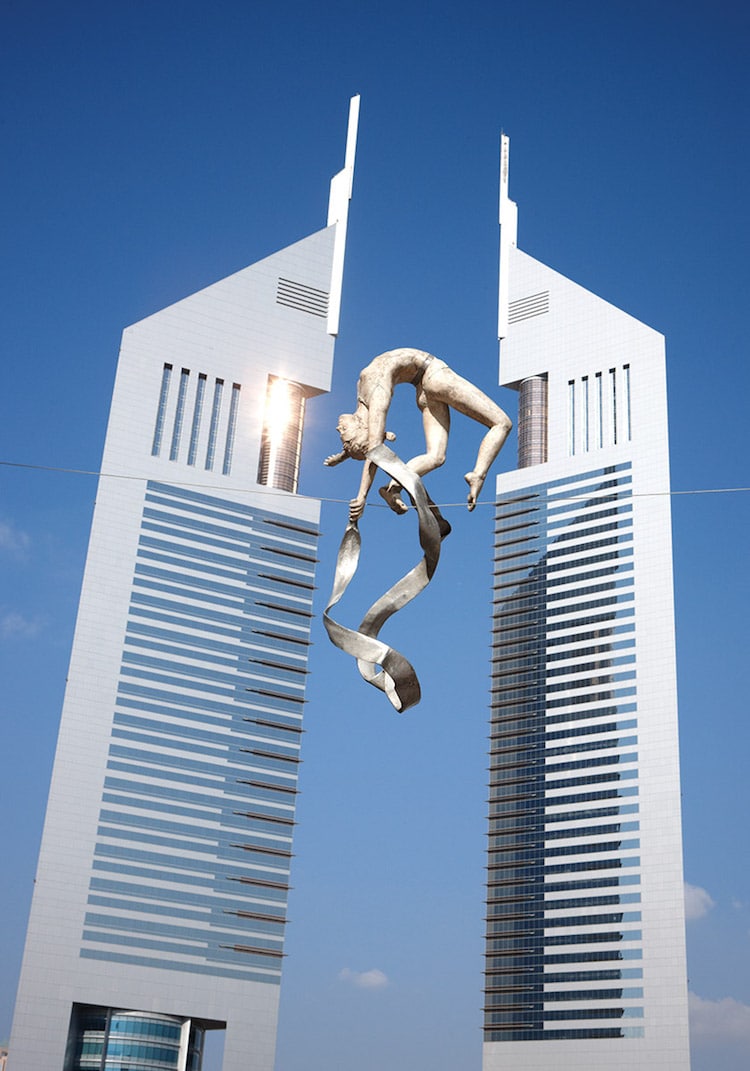 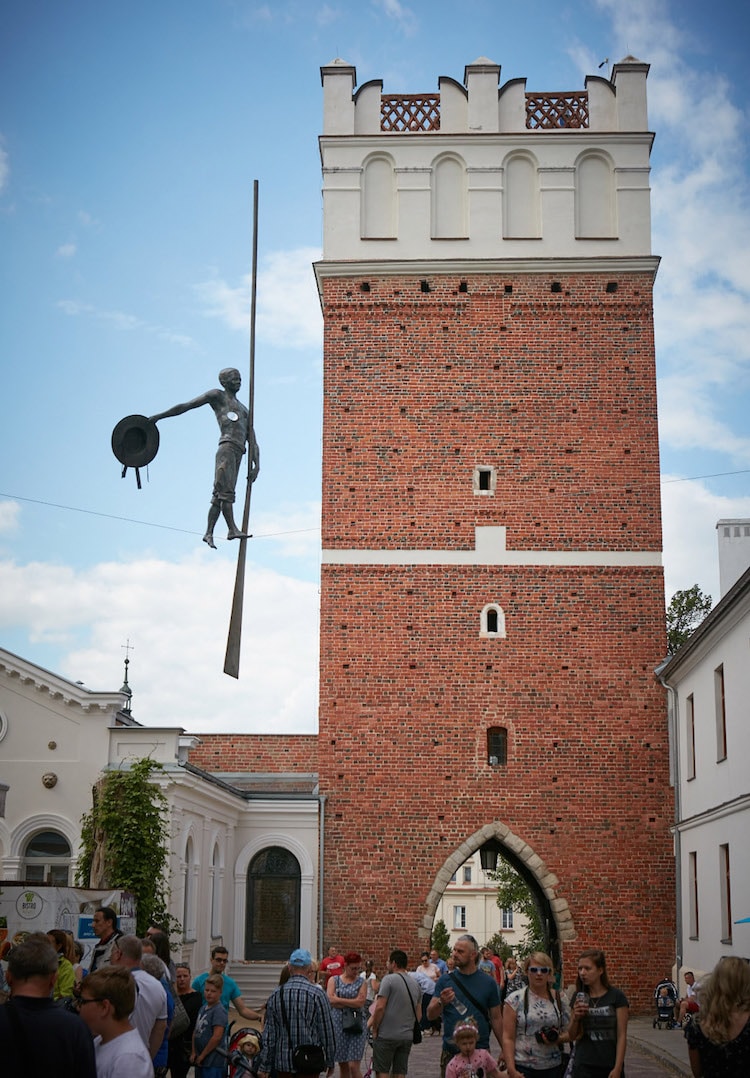 All images via Bartek Kędziora. My Modern Met granted permission to use photos by Jerzy Kędziora.

Geometric Sculptures Give the Boston Seaport a Colorful Makeover

The post This Artist Has Gravity-Defying Sculptures in Public Spaces Around the World appeared first on My Modern Met.

Rating This Artist Has Gravity-Defying Sculptures in Public Spaces Around the World is 5.0 / 5 Votes: 1
Please wait...
Loading...
Related articles