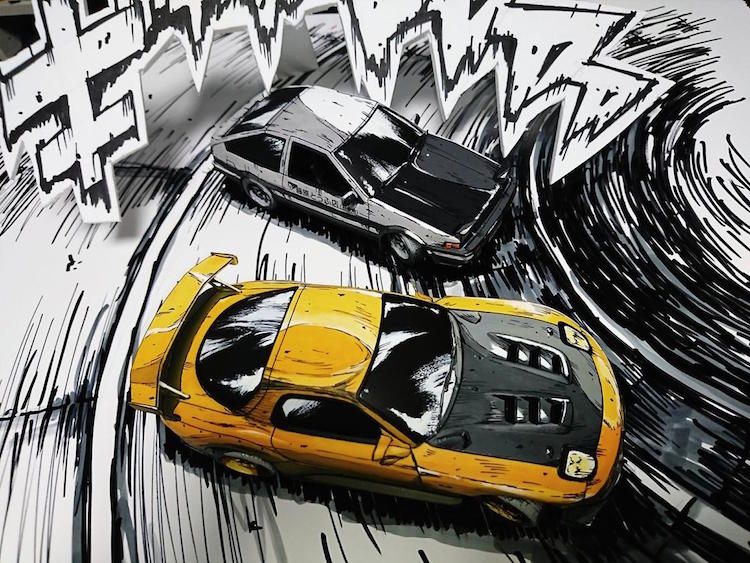 For fans of manga art, you might look at this image of two racing cars and think it’s an illustration from the famous Initial D series by Shuichi Shigeno—a story about illegal Japanese street racing, created in the ‘90s. However, take a closer look and you’ll see that it’s actually a photograph of a diorama, created using model toy cars, hand-painted in the series’ characteristic, graphic style. The clever visual illusion was created by a Japanese artist and manga fan simply known as SHINGA.

SHINGA posted the image on Twitter, where he also shared a behind-the-scenes look at his process. After sourcing the toy cars, the talented artist first removed the wheels, before painting their plastic bodies in various layers of paint. For the racing yellow sports car, SHINGA used tones of yellow, gray, and white to build up layers of graphic shadows. Black paint was then used for the thick outlines and subtle details.

SHINGA also used black and gray markers to draw a dynamic race track onto a large sheet of white card, and then completed the scene with some cleverly-placed onomatopoeic text. Both cars were then positioned in the scene and photographed, creating an incredible optical illusion from all angles.

This might look like manga art from the ‘90s Japanese street racing series, Initial D, created by Shuichi Shigeno… 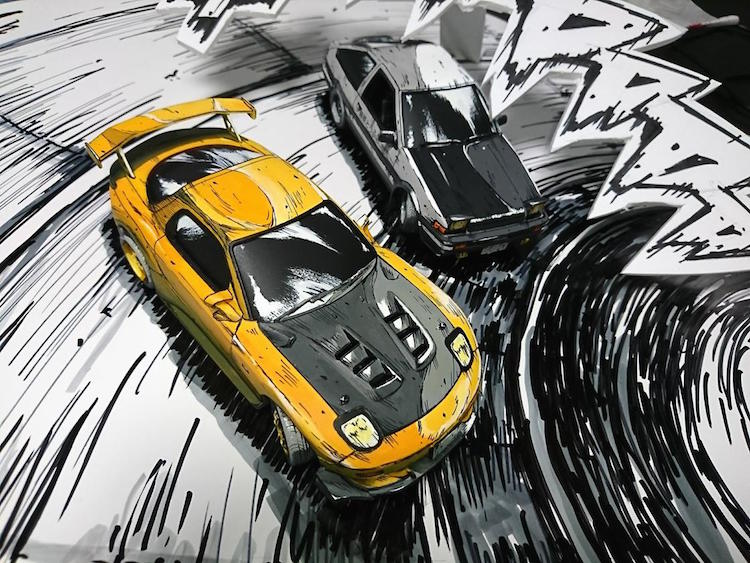 …but it’s actually a diorama created by Japanese artist and manga fan, SHINGA. 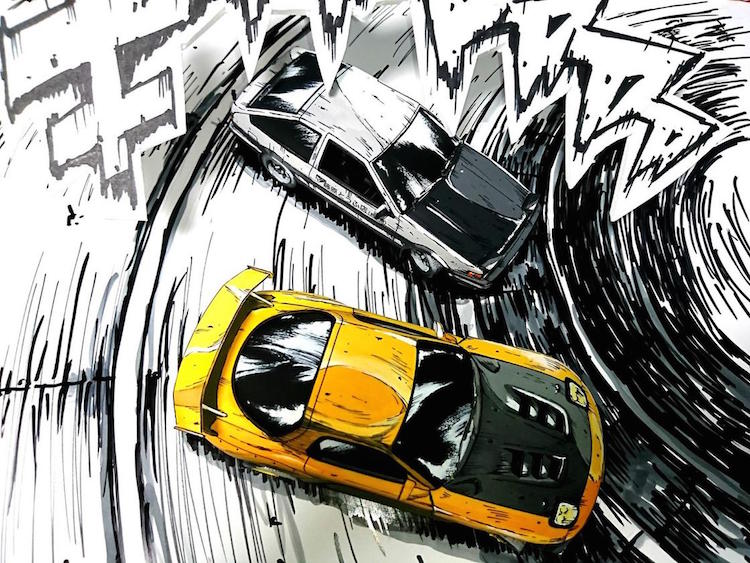 The incredible optical illusion was created by hand-painting model cars and a cardboard race track in the series’ characteristic, graphic style. 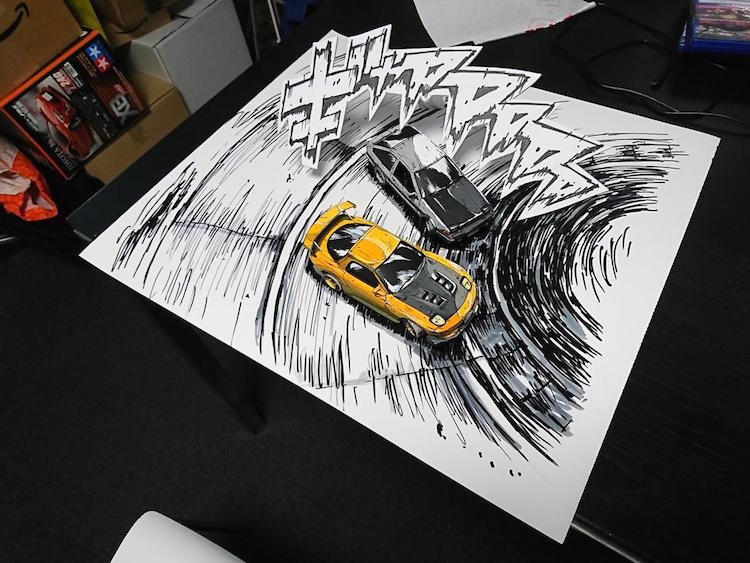 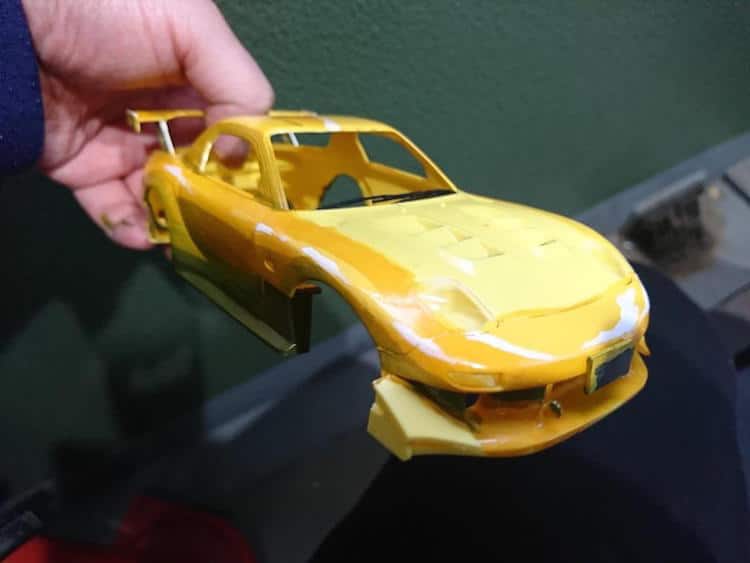 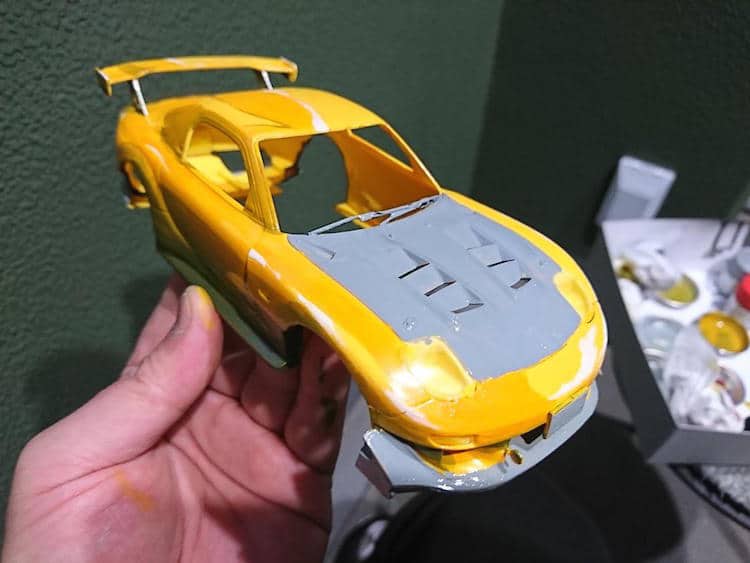 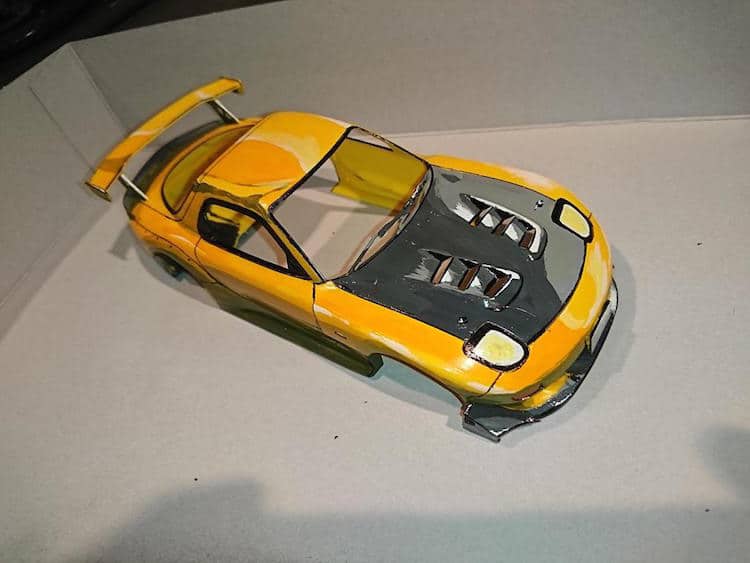 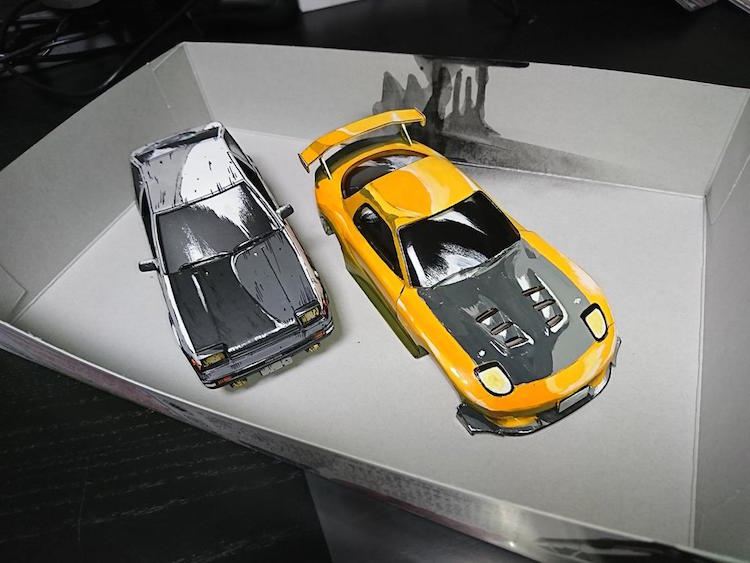 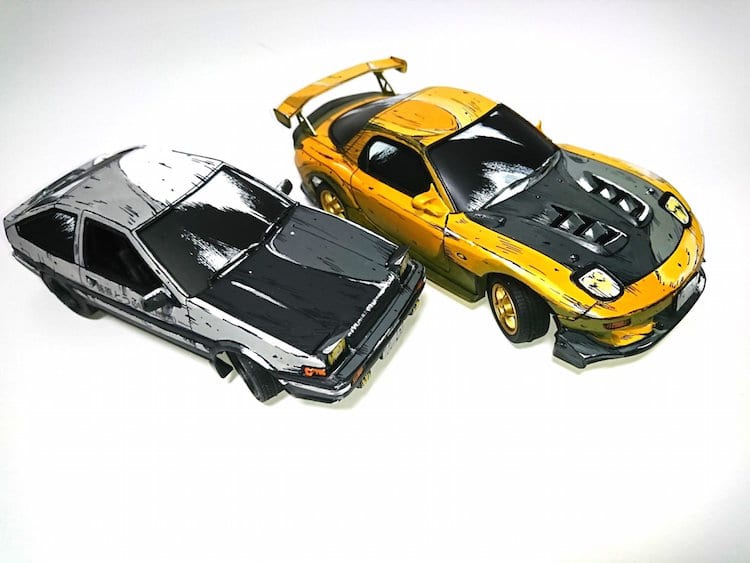 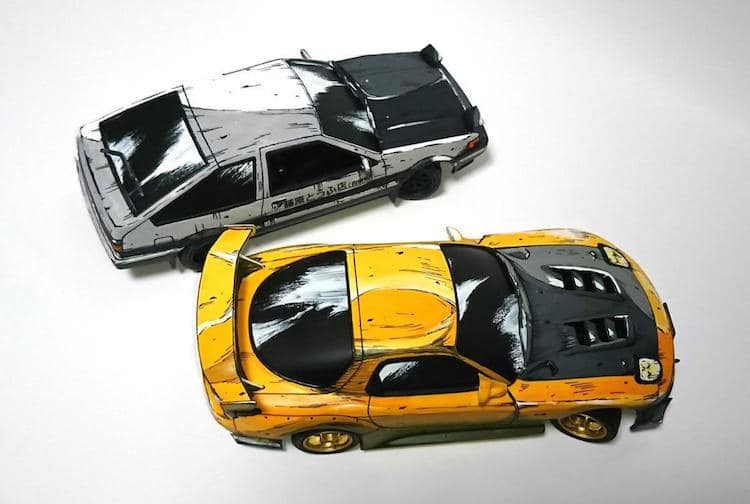 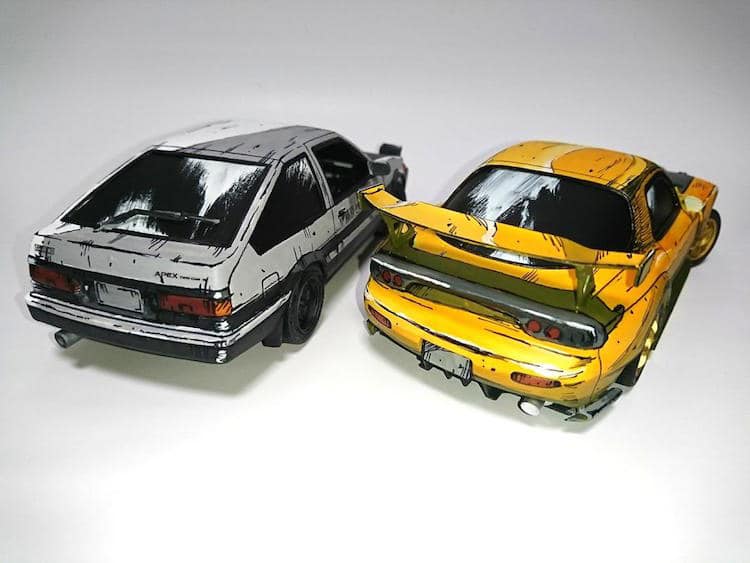 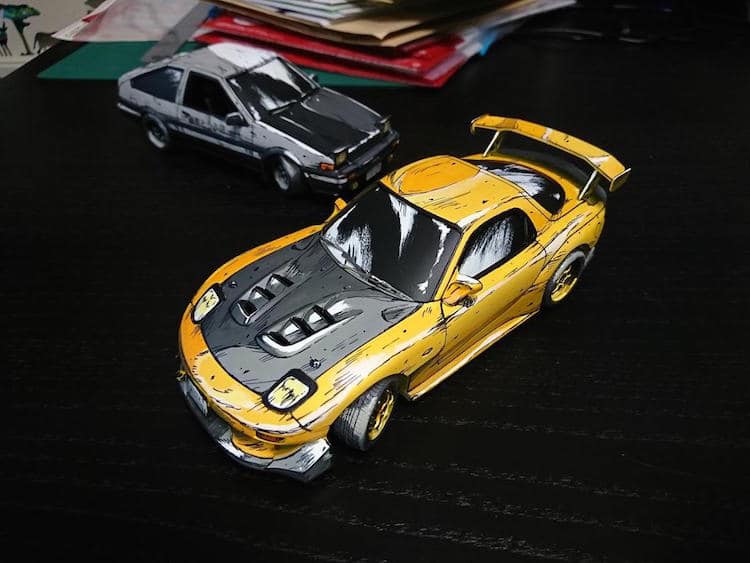 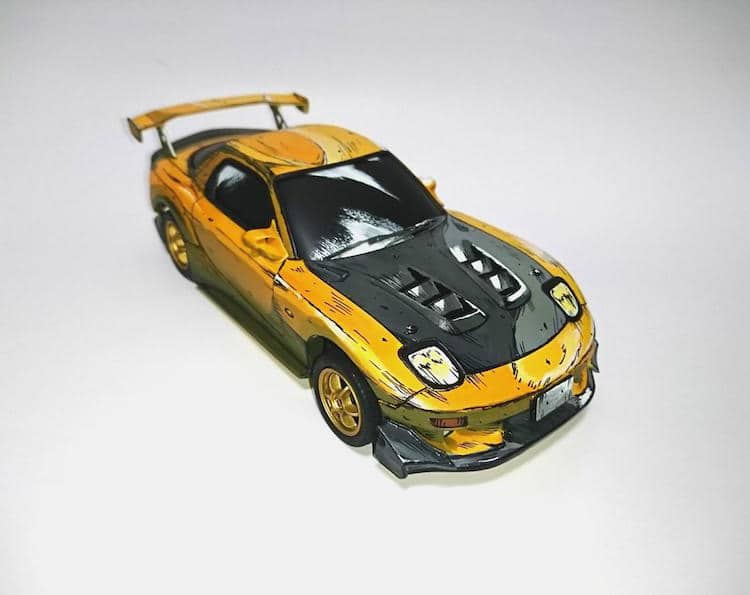 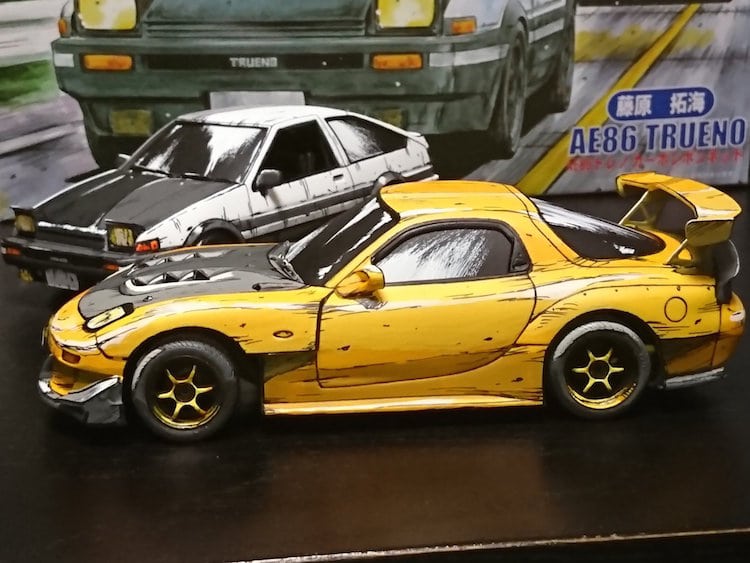 All images via SHINGA.

The post This Artist’s Energetic Manga-Style “Illustrations” Aren’t Drawings At All appeared first on My Modern Met.