A lot of people dream of becoming parents one day. To hold a tiny life in their hands, watch them grow and develop into their own person, seeing them change day by day. It is truly a miracle and many anticipate and daydream about it.

However, it is a dream that seems out of reach for some, for a multitude of different reasons. But there is a way and it’s becoming a lot more popular – surrogacy. These women offer to carry the babies of those that are unable to and bring them into the world for the new parents to love and cherish. It is the first time in Victoria, Australia, that a single gay man has become a father through surrogacy and regardless of the difficult journey, he could not be happier. Let’s get into the story!

A single gay man, named Shaun, decided to take the plunge into fatherhood through the process of surrogacy 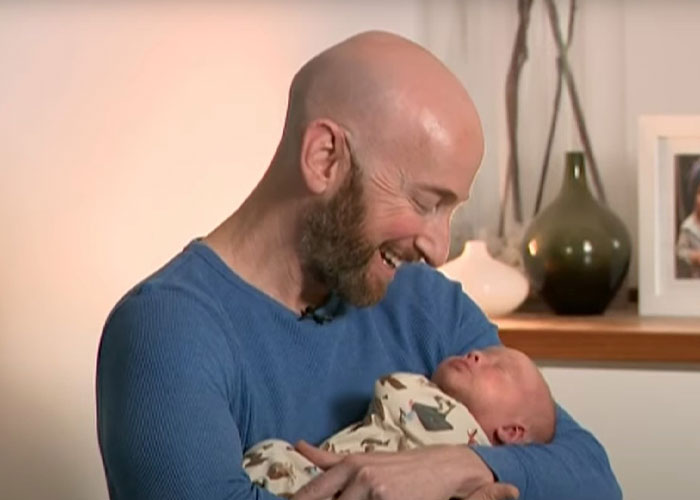 Shaun Resnik, a 44-year-old hypnotherapist and mindset coach, has made history as the first single man in Victoria, Australia, to become a dad via surrogacy, following the arrival of baby Eli Michael on March 22.

The three-and-a-half-year journey has been full of ups and downs, but finally, he can enjoy the bliss of fatherhood. “It’s a love like I’ve never experienced before,” he shared with 7NEWS Australia.

Shaun always wanted to be a father, yet was uncertain as to how to make it a reality. He said: “Some of my fondest memories growing up were going for walks with my dad and the dogs and we just have this amazing bond. I just wanted to have that connection with my beautiful kids and that’s why it was worth it. It was hard work but worth it.” 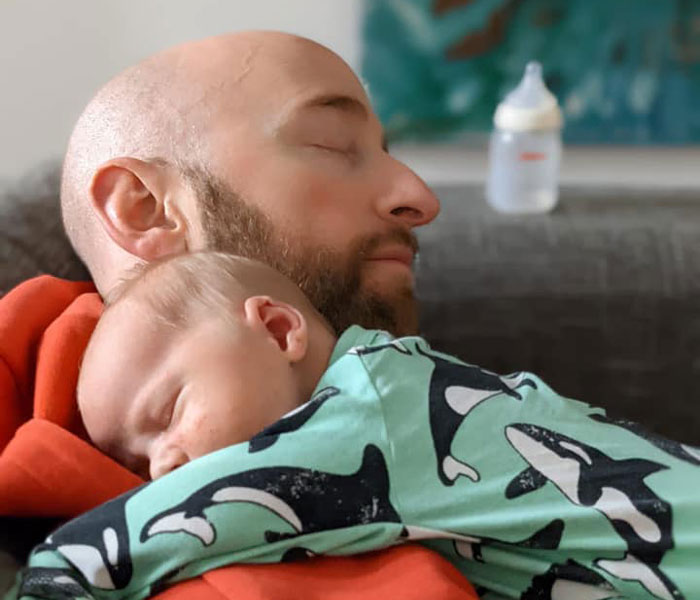 Surrogacy may be the only way for some people to ever become biological parents, but it’s a path paved with challenges 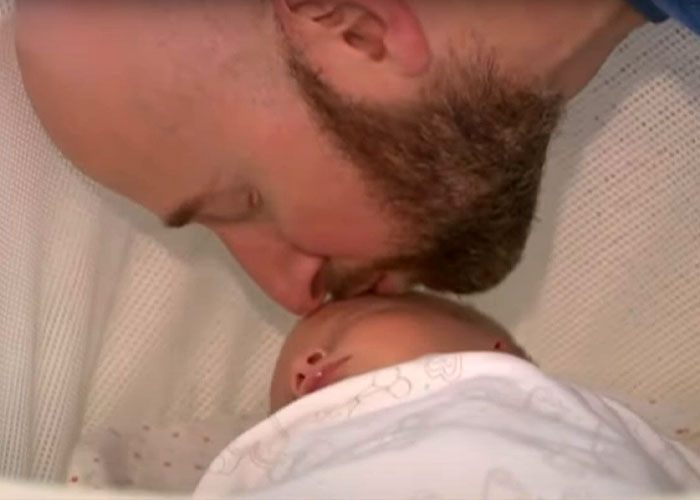 For those new to the terminology, surrogacy is an assisted reproductive treatment in which a woman, the surrogate, carries and births a child on behalf of another person, because they are unable to carry a pregnancy themselves. Whether it be health issues, infertility, wanting to start a family whilst in a same sex relationship or single; to many, it is the only way of having a biological child.

The process is quite challenging, requiring a lot of reviews, legalities, and medical steps. Not everyone can become a surrogate and not everyone is allowed to donate eggs or sperm, as there are certain factors relating to age, background, reproductive history and various sexually transmitted and/or genetic diseases. If that is all cleared, then comes the legal part.

According to Melbourne IVF, gestational surrogacy is the only type of surrogacy that is legal in Victoria. This is where an embryo, created using an egg and sperm produced by the intended parent(s) or donors, is transferred into the surrogate’s uterus.

Victoria, Australia, has incredibly strict surrogacy rules and requirements, but Shaun managed to meet them 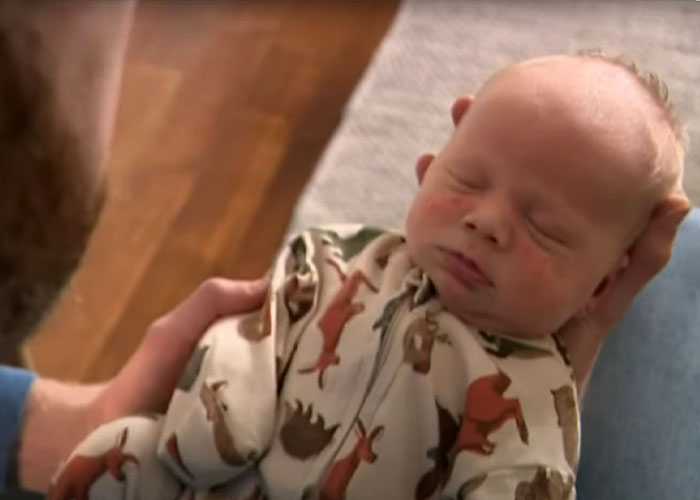 At 40, Shaun began looking into surrogacy, and through many trials and tribulations, came across Carla Pincombe 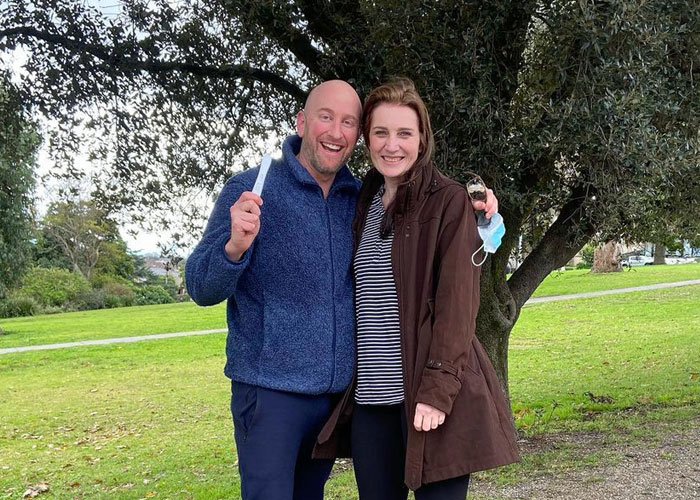 At 40, Shaun began the difficult journey of becoming a father, turning to local surrogacy Facebook groups. He searched for 2 and a half years to find the right surrogate, trying three different surrogates, which were all, for one reason or another, unsuccessful.

It brought his spirits down but, luckily, he met Carla Pincombe, a seasoned surrogate mother, who was pregnant with a same-sex couple’s surrogate child at the time. The pair quickly built a bond and became close friends. Another friend of Shaun’s, a mother of 2, named Bree, agreed to donate her eggs to Carla. And thus, the wheels finally started turning.

Carla, a mother of 3, had loved being pregnant and so, when the pair were done expanding their family, she decided to donate her eggs 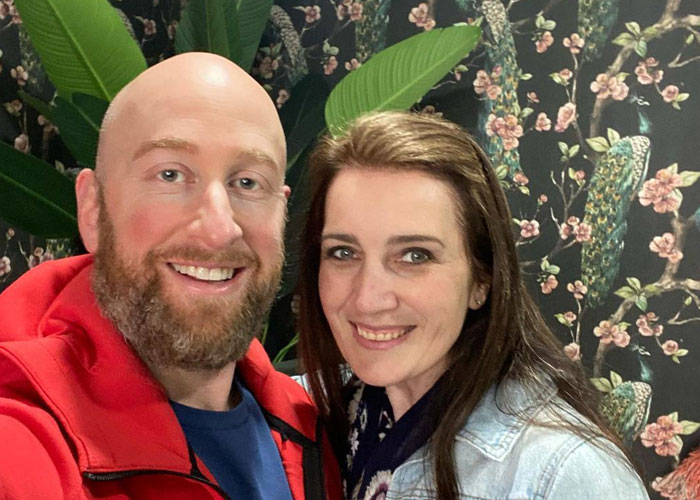 Carla’s love for children is one to be admired. She spoke to Stonnington Boroondara Kids, saying that she loved being pregnant and, after having three kids of her own, she was sad that they wouldn’t be having any more, yet, her husband suggested an alternative.

He said that it’s a shame “you couldn’t get paid to be a surrogate in Australia like you do in the US” and that got her thinking that she could donate her eggs as she wasn’t using them. “I donated eggs to one family, then another and another,” she said.

After a while, she was ready to become a surrogate mother herself, bringing children to excited parents, such as Eli himself 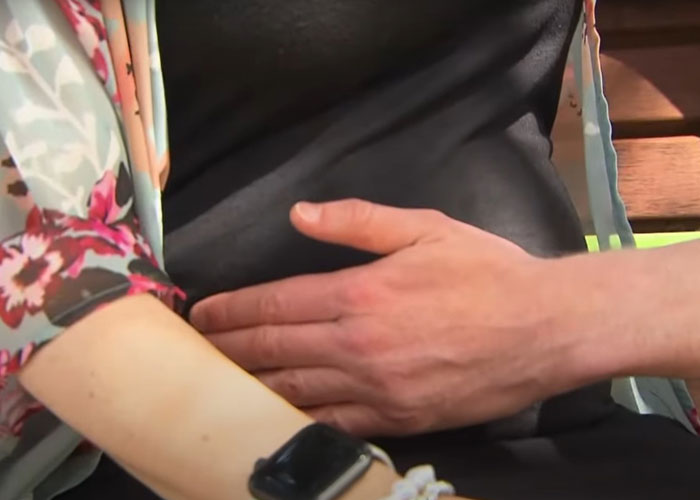 She understands that it’s not for everyone and that it’s a difficult thing to imagine for people, oftentimes comparing it to being pregnant for oneself and bonding with the baby. But for Carla it’s an act of service to the parents, saying “they want to have a child and I want to make them happy.“

She bonds with the parents instead of the baby, making it quite a different experience that might not be for everyone. Yet, it’s something that brings her joy, seeing the impact she makes to other people is quite extraordinary.

Although she admits that surrogacy isn’t for everyone, it’s something that brings her joy 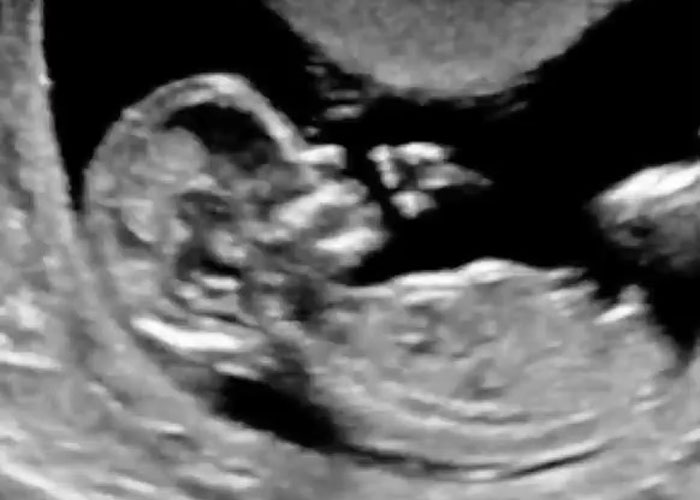 Baby Eli was born March 22nd, bringing Shaun into the “exhausting and exhilarating” world of parenthood 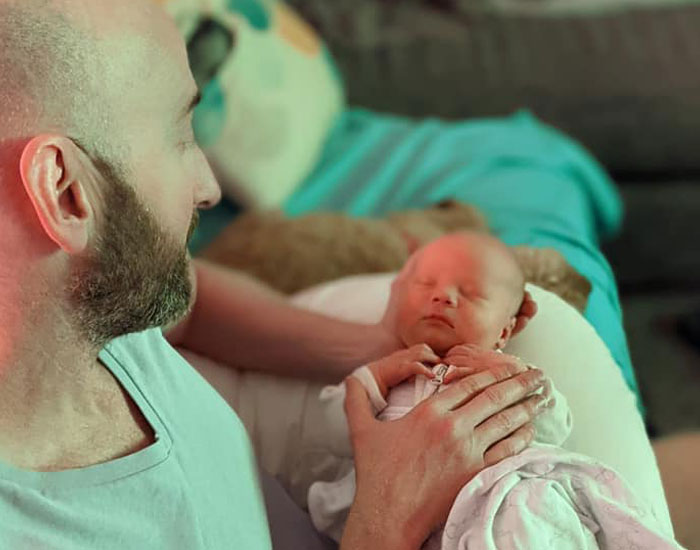 Baby Eli was born on March 22nd, a few weeks earlier than expected, but he’s healthy and happy to be in his father’s arms. Eli was named after Shaun’s father to commemorate the bond he’s had with him.

Shaun described fatherhood as “exhausting and exhilarating all at once!” He told Sunrise that the boy’s been a “good bubba. As long as there is a bottle in his mouth he’s calm, relaxed and chilled,” though the boy also “has a scream that will pierce your soul! He’s keeping us up at night and, if I wasn’t bald, I would have lost my hair already.”

Though he won’t have to go at it alone. Before Eli was born, he’d met Sean and started a relationship 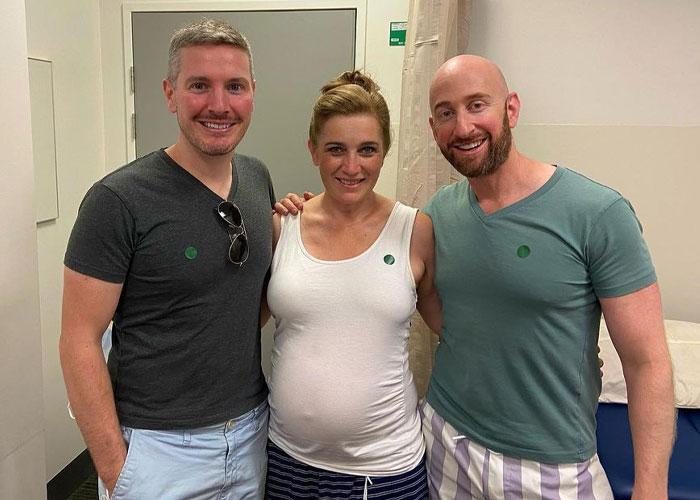 Thankfully, he’s not got to do it alone. In the beginning of the journey, Shaun was a single man yearning for a family. Now, he’s in a relationship with a man named Sean, enjoying his company alongside 2 dogs and the baby, saying all his dreams have come true.

He seems incredibly grateful to everyone who’s been part of the journey, especially Carla and Bree, and all those sending lovely messages. He stated in an Instagram post: “Apologies for not replying, I’ve had my hands full… of dirty nappies and chucks. Sean’s doing a fantastic job and it’s been a delight seeing Carla and her kids for Eli cuddles. Baby Eli rules the house.”

Shaun’s dreams of having his own happy little family have come true. We can only hope the laws will change so more people can experience this joy 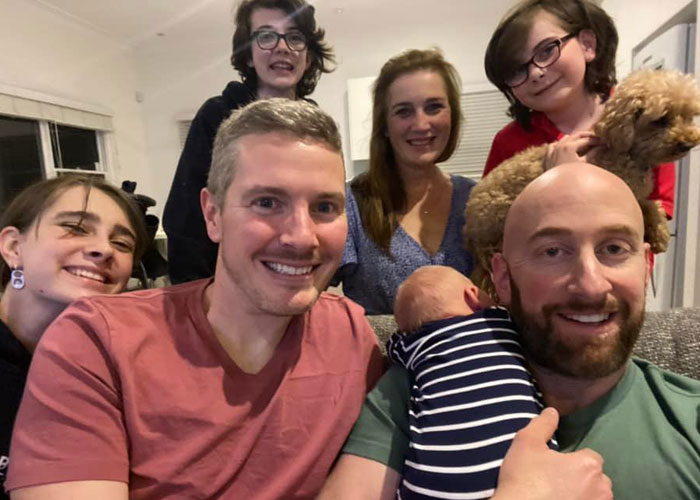 Victoria’s laws are highly unfavorable for singles, making parenthood essentially impossible. However, there is hope that Shaun and Eli’s story will inspire some discussions and potential changes to the way things are done at present.

There have been fierce debates on same-sex parents having children in the first place, fearing for the future development of the child, however, according to the American Psychological Association (APA), “many examples of research conducted have concluded common stereotypes are not supported by the data.”

Guido Pennings, professor of ethics and bioethics at Ghent University, argues that although the children are doing well and the evidence presented says as much, “the situation could be improved if their parents’ relationship were to be socially and legally recognized.” But that is another topic for another time.

Eli may just be the first baby to this pair, but it remains to be seen. We wish them all the happiness and luck 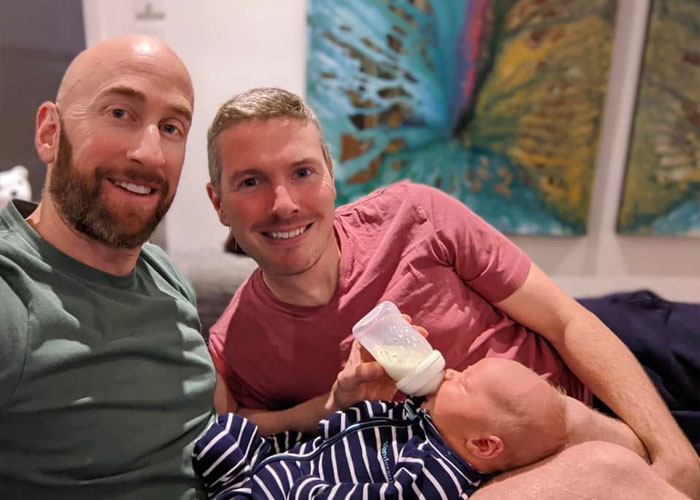 Shaun continues to encourage other singles to pursue parenthood, showing them it’s no longer an impossibility, but he warns of the tough road, which requires patience and a strong support network. He hopes the legislation will be uniformed, that there will be more unity and education regarding the topic.

He’s also not ruled out the possibility of siblings for little Eli, but it’ll all depend on Carla being up for it.

We wish them all the joy and good fortune, making beautiful memories along the way, and we hope that more people who are ready and willing to have kids and go through the bumpy road of having them, are able to without too much difficulty.

Let us know what you thought of this story in the comments and I bid you all a good day.

People are expressing their joy and love for the boy and his dad. What are your thoughts? Let us know in the comments 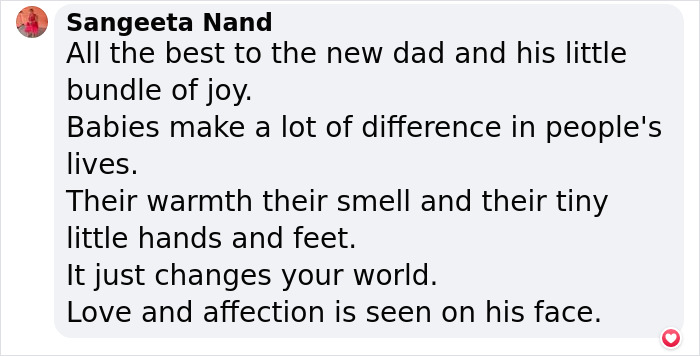