We first introduced Lisa Marks’s Algorithmic Lace project in our roundup of this year’s Lexus Design Awards finalists, and now we’re taking a closer look at the Grand Prix-winner. The project—a bespoke bra for women who have undergone mastectomy surgery—took the competition’s social impact focus to heart on multiple levels, encapsulating Marks’s mission “to blend industrial design and forms of traditional craft, not only for craft revitalization but for better, more inclusive design.” 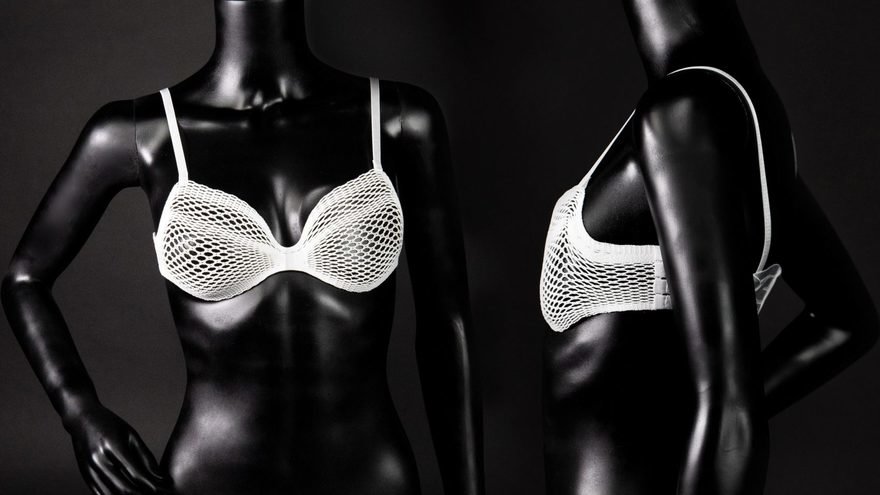 Marks’s interest in combining industrial design and craft began during her travels to Thailand, where she noticed an alarming wealth gap and began wondering how craft practices could empower less fortunate communities. “It was really striking to see the wealth gap. 40% of their population only has 2% of the wealth, and if they were to continue to lose handcraft the wealth gap would have little room to improve,” Marks said. Her research led the Parsons School of Design-grad (at that time still a student) to design a series of objects that used parametric modeling to “knit” forms out of semi-rigid bamboo. 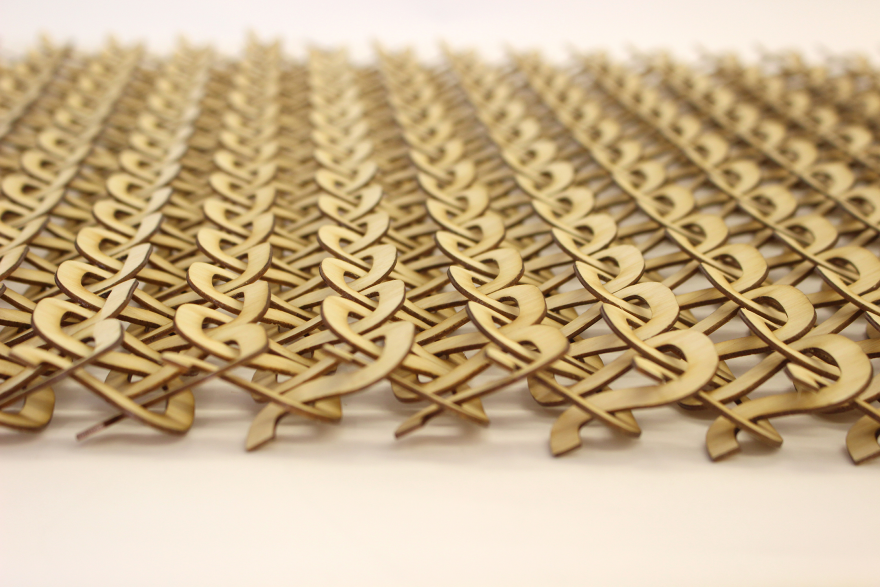 The flexible “fabric” Marks developed out of bamboo was used to make a variety of household objects for her Cada Series—which was a notable entry in the 2017 Core77 Design Awards—including blinds, lamp shades, and bowls.

“Looking at knitting as a global craft with no known origin, an alphabet of shapes was created that can be die-stamped in large quantities out of sheet material,” Marks explained. “In this case, bamboo veneer, which already has a manufacturing basis in Thailand.” The resulting pieces have to be assembled by hand as they are too fragile, and that’s a crucial part of the process for Marks, who believes design is not only an expression of individual creativity but an exploration of existing design solutions that have been passed down in cultures around the world. Creating a dialogue between designers and craftspeople is an essential way of protecting those vulnerable communities. “As designers, we can contribute,” she says. “We can design objects using these techniques.” 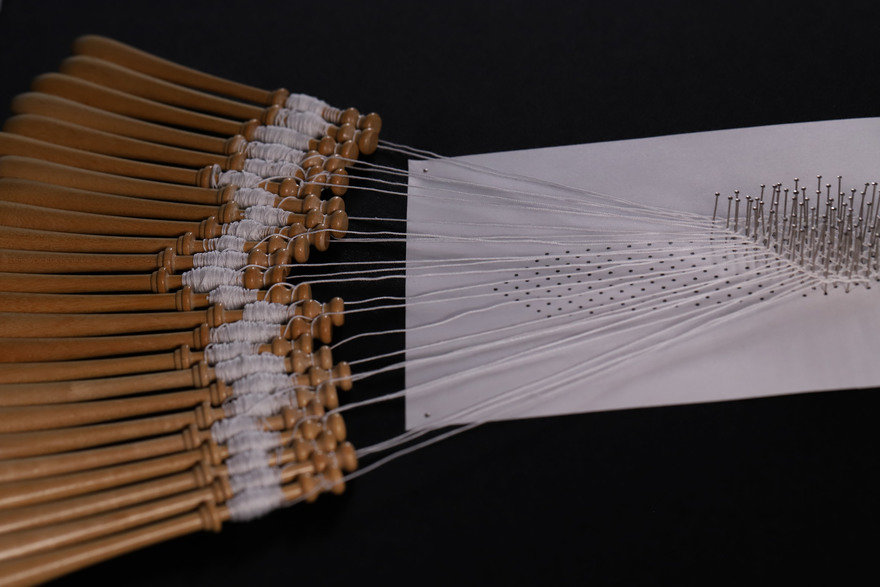 To develop Algorithmic Lace, Marks looked to the tradition of Croatian bobbin lace. “We can create objects by thinking of what we can do with our hands, but not with machines. We can make lace with machines, very easily, we do it all the time—but, so far, machines cannot make three-dimensional lace,” she said. She decided to harness the 21st century possibilities of parametric design and combine those with a craft that dates back to the 16th century.

Marks developed her first prototypes for women who have had a mastectomy and may not be able to find anything that fits them adequately. “About 40 percent of women post-mastectomy choose to not have reconstructive surgery,” Marks said. “Many wear mastectomy bras and external prosthetics that are very heavy and create discomfort. Since seams, underwires, and traditional bras can be uncomfortable, with the Algorithmic Lace bra, you can create a three-dimensional bra that fits the body and honors whatever form the body is.” 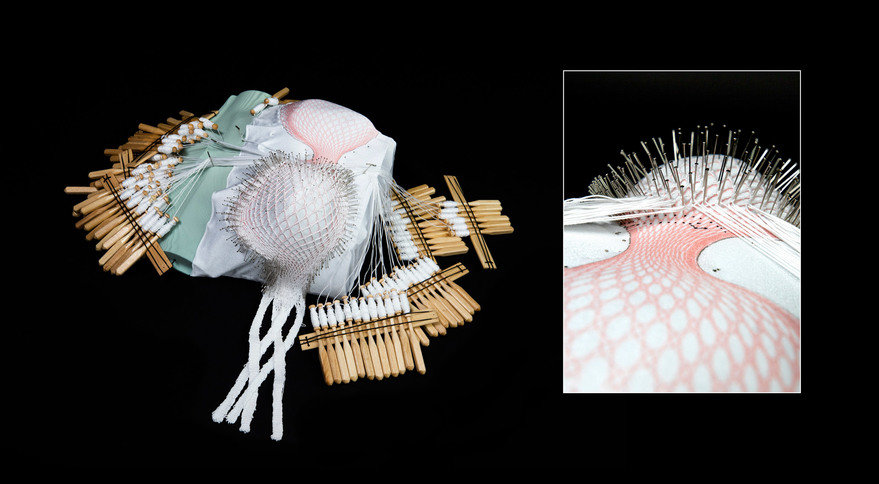 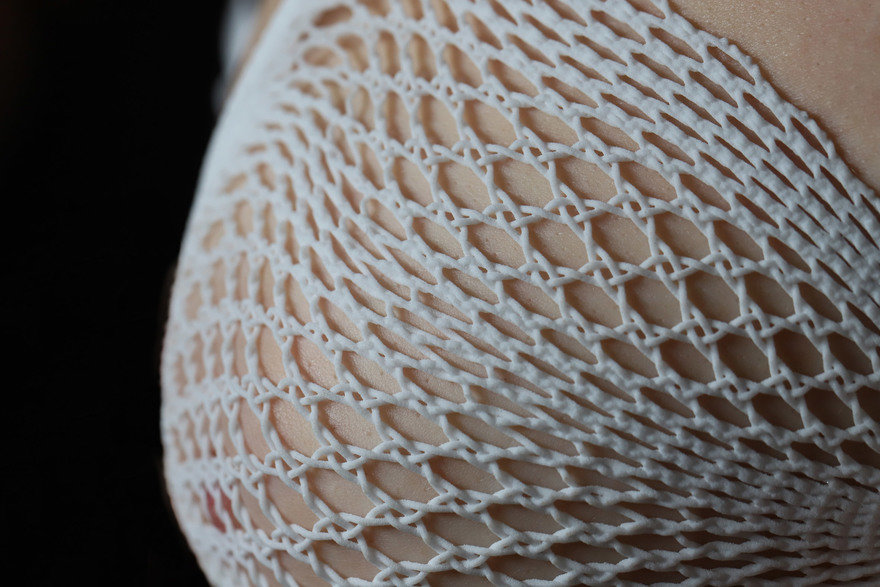 A woman must first get a 3D body scan, which allows a computer program to generate a basic pattern of lace that is morphed to the precise form of her body. From there, the pattern and features of the lace can be customized further by each woman. “For instance, some women want it to look more symmetrical, or some women may want more dense lace to follow the scar,” Marks says. “The pattern is up to the woman and her design choices.” Once the design is ready, Marks prints out a mapping of the pattern, applies it to a foam bust, and gives it over to craftspeople who create the actual lace.

“When we think of algorithms, we usually think of computers and the high-tech industry,” Lexus Design Award jury member John Maeda said. “But the textile industry is where algorithms were first deployed as a means to realize new aesthetic choices in fabrics during the 19th century. Lisa Marks’s Algorithmic Lace project not only feeds on that rich history but goes even further back in time to incorporate a 16th-century technique for weaving complex lace patterns.”

Since debuting her prototype during Milan Design Week, Marks has been exploring manufacturing possibilities.