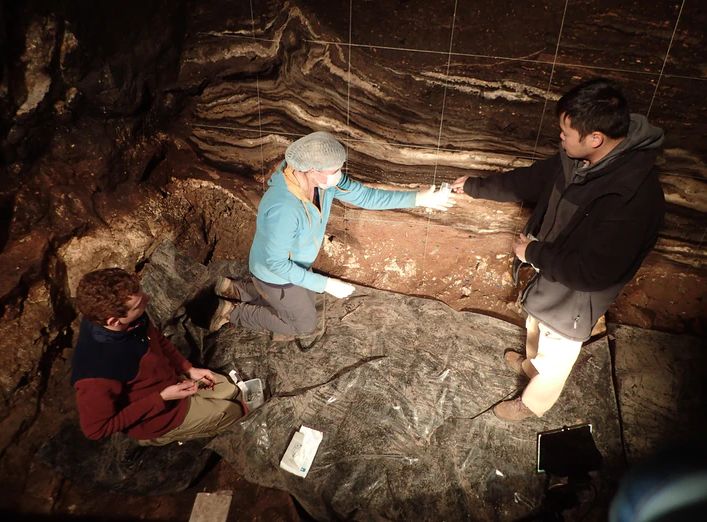 “This is a group we know very little about,” lead authorElena Zavala tells Inverse. Zavala is a researcher at the Max Planck Institute for Evolutionary Anthropology.

“By increasing our knowledge, we are provided with another perspective or reference for understanding what are the elements that make us modern humans ‘human.’”

Our understanding of who exactlythe Denisovans were is still murky, but it’s one that’s steadily becoming improved.

Denisovans andNeanderthals — the ancient sister kin of humans — both belong to the same Homo genus, but we knew little about these ancient peoples until 2010. This is when scientists discovered their fossilized remains in what’s known called Denisova Cave, the three-chambered site in the Altai Mountains.

Scientists had previously discovered a dozen remains ofNeanderthals and Denisovans in the cave, as well as ahybrid child with a mix of Denisovan and Neanderthal DNA, suggesting that the two groups mated with each other.

However, the researchers didn’t fully understand when and how these different groups of ancient humans overlapped.

That’s where the new study comes into play. Contrary to what we previously thought, Denisovans may have actually predated the Neanderthals.