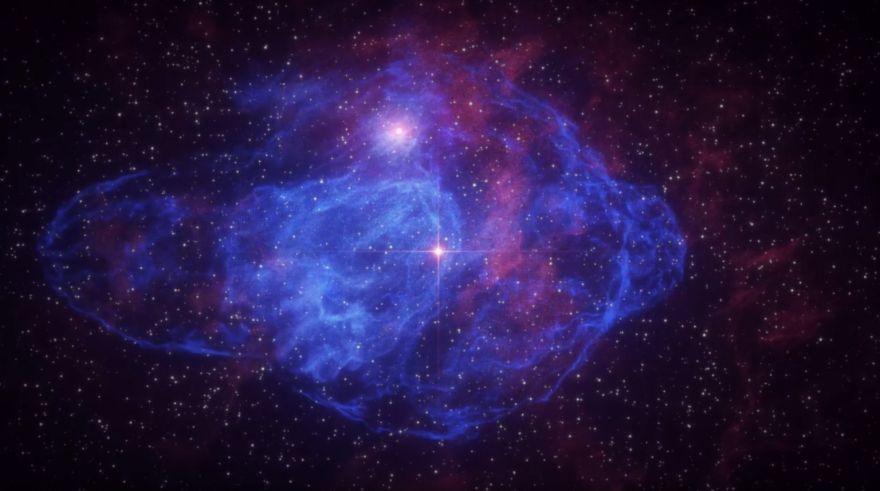 Cosmic clouds have a heartbeat? Apparently so! Just not like the heartbeat we humans have, though. Scientists have discovered a gamma-ray ‘heartbeat’ that is beating in rhythm with a black hole consuming a nearby star. The heartbeat, dubbed SS 433, is called a microquasar, as Nerdist details:

The miniature black hole-star pair apparently powering the heartbeat—dubbed SS 433—is referred to as a microquasar. A microquasar arises when a stellar-mass black hole accretes (or sucks in) matter from a partner star. Subsequently, this accretion disk becomes so hot from friction that it begins to emit gamma rays.

“This material accumulates in an accretion disc before falling into the black hole, like water in the whirl above the drain of a bath tub,” Li said in a DESY press release that comes via Gizmodo. “However, a part of that matter does not fall down the drain but shoots out at high speed in two narrow jets in opposite directions above and below the rotating accretion disk.”

SS 433’s accretion disk does not lie in the orbital plane of the black hole and its partner star, however. The accretion disk sways, or precesses, spinning like a top on a slanted table. “As a consequence, the two jets spiral into the surrounding space, rather than just forming a straight line,” Torres added in the press release.

Rating This Cosmic Cloud’s Heartbeat Is In Sync With A Black Hole is 5.0 / 5 Votes: 2
Please wait...
Loading...
Related articles