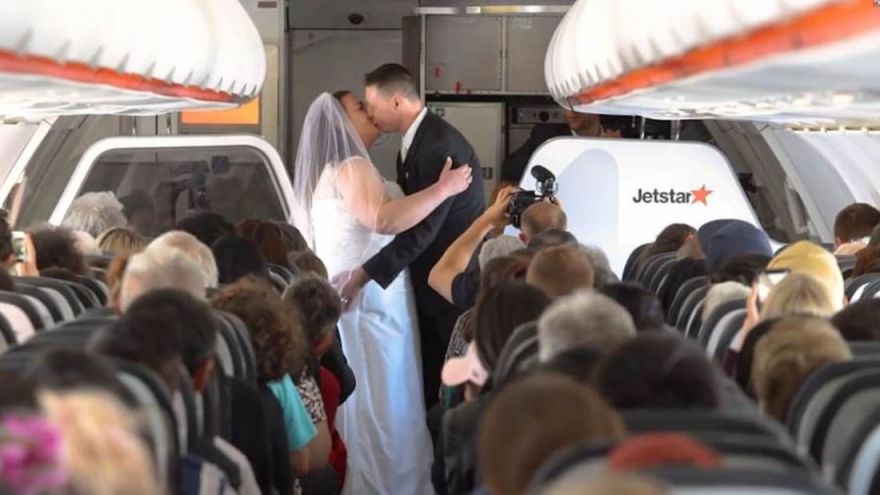 New Zealander Cathy Valliant and Australian David Valiant tied the knot on Jetstar Flight 201, heading from Sydney to Auckland. The couple exchanged vows at 37,000 feet, just when the flight hit the halfway point between the two countries. Their ceremony was a celebration of their home countries, the first time they met, and their love of aviation, as UPI detailed:

The ceremony was officiated by a Jetstar ground crew member.

The couple said airplanes have always been a big part of their relationship — they met in 2011 as players of the Airport City computer game and first met in person at the Sydney airport two years later.

A Jetstar representative told CNN “all customers [who had been booked on the flight] received an email beforehand saying there was going to be filming.”

The customers were allowed to change flights without extra charge if they did not want to be on camera.

Rating This Couple Got Married On A Plane Halfway Between Australia And New Zealand is 5.0 / 5 Votes: 2
Please wait...
Loading...
Related articles