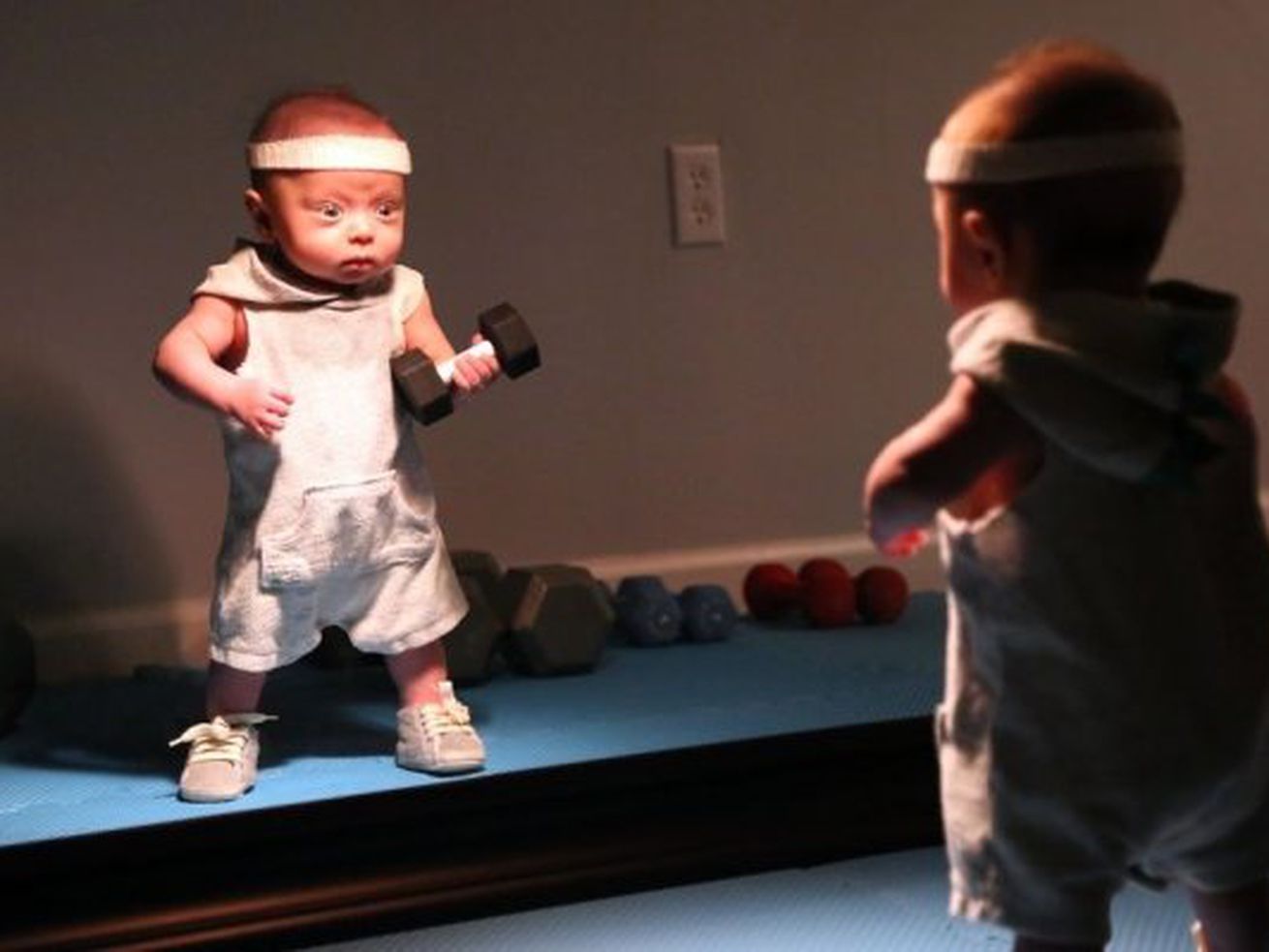 This is parenting done right

I don’t know for sure because I haven’t done it, but becoming a parent has got to be one of the scariest journeys to embark on. The process of growing a tiny person inside your body?? Nightmare fuel. And even if you’re not the one doing the incubating, becoming responsible for a whole person?? Making sure it’s watered and fed and clean?? Keeping it alive and being liable for it??? For like, YEARS???? My palms are sweaty just thinking about it. Now imagine on top of that, having your tiny human come into the world before it’s completely ready?? TERRIFYING! And, unfortunately, all too common.

Matt Mac’s son Ryan was born nine weeks ahead of schedule, weighing just three pounds, and had to spend the first six weeks of his life in a NICU with his parents unable to do anything but wait by his side.

This is a happy story, I promise.

Ryan’s parents’ optimism never waivered. Instead of saying he was premature they joked that he was just “advanced” — which inspired Matt to create a whole series of photos of their son doing all sorts of very “advanced” things once they brought him home. (See I told you this was a happy story)

According to Matt each photo took around 20 minutes to shoot, and most of the work went into setting up the scene and arranging the props. Once everything was set, either Matt or his wife would hold baby Ryan in the scene for the photo, and through a lot of photoshop wizardry, Matt would then edit themselves out of the photo and adjust or add in the placement of props.

In other words, don’t worry — the baby isn’t actually holding an axe.