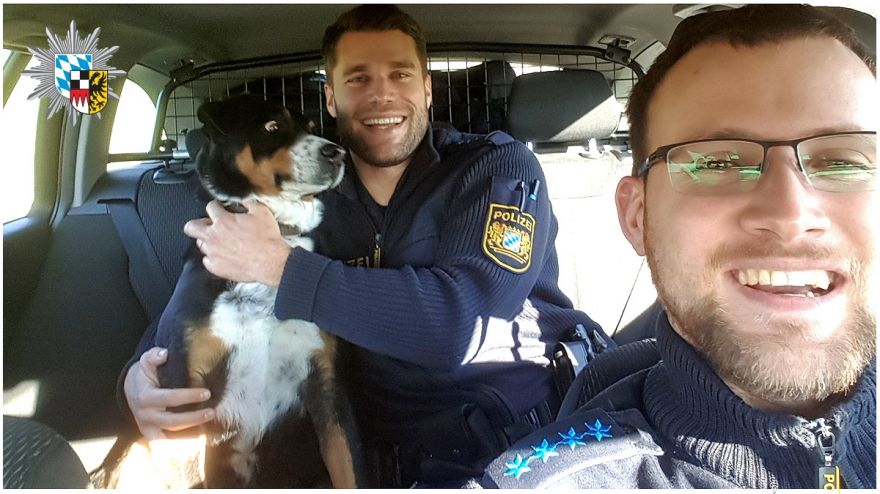 Germany — At some point in our lives, we all dreamed of going into an adventure by ourselves. This dog, perhaps, is at that point of his life. Last weekend, he managed to sneak away from his home in the village of Ziegenbach. As he went on his little adventure, the dog then met a group of cyclists who interacted with him. What he didn’t expect was that these cyclists would be the antagonists in his journey.

Concerned the dog was lost, they called the cops — staying with the pup until officers arrived to “arrest” him.

The dog was loaded into the police cruiser, where officers snapped a photo of themselves smiling in the company of their adorable detainee.

But not everyone was so pleased.

Evidently, as the dog decided to slip away from home to start his exciting adventure, he’d failed to consider that there could be consequences — and that he might end up in police custody.

When reality set in, it seemed to have hit him like a ton of bricks.

Hopefully, he will not be sent into prison. He will just be returned to his owner.