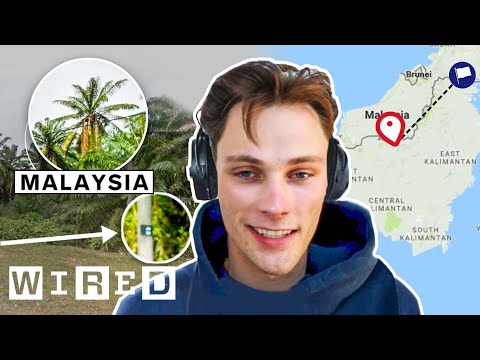 If you want a really cool job title like “professional GeoGuessr,” you have to put in the time and effort to become very, very good at it. Nine years ago, we introduced you to the game GeoGuessr. Since then, it has grown so much that there’s a GeoGuessr World Cup competition. The premise of the game is easy: you are given an image from Google street view, which can be anywhere in the world, and you try to guess where it is. It’s a real kick for geography nerds, but you’ll never be as good at it as Trevor Rainbolt. He can identify a country from one image in less than a second! How does he do it? Observation and practice. He learned little details that make places different from each other, like infrastructure, signage, and even the appearance of the soil. He’s played the game so much that he can recognize those small clues in patterns quickly. Here he explains what he looks for, but even when you understand what he’s doing, his speed and confidence is truly impressive. If you want to see more, check out Rainbolt’s YouTube channel. -via Laughing Squid