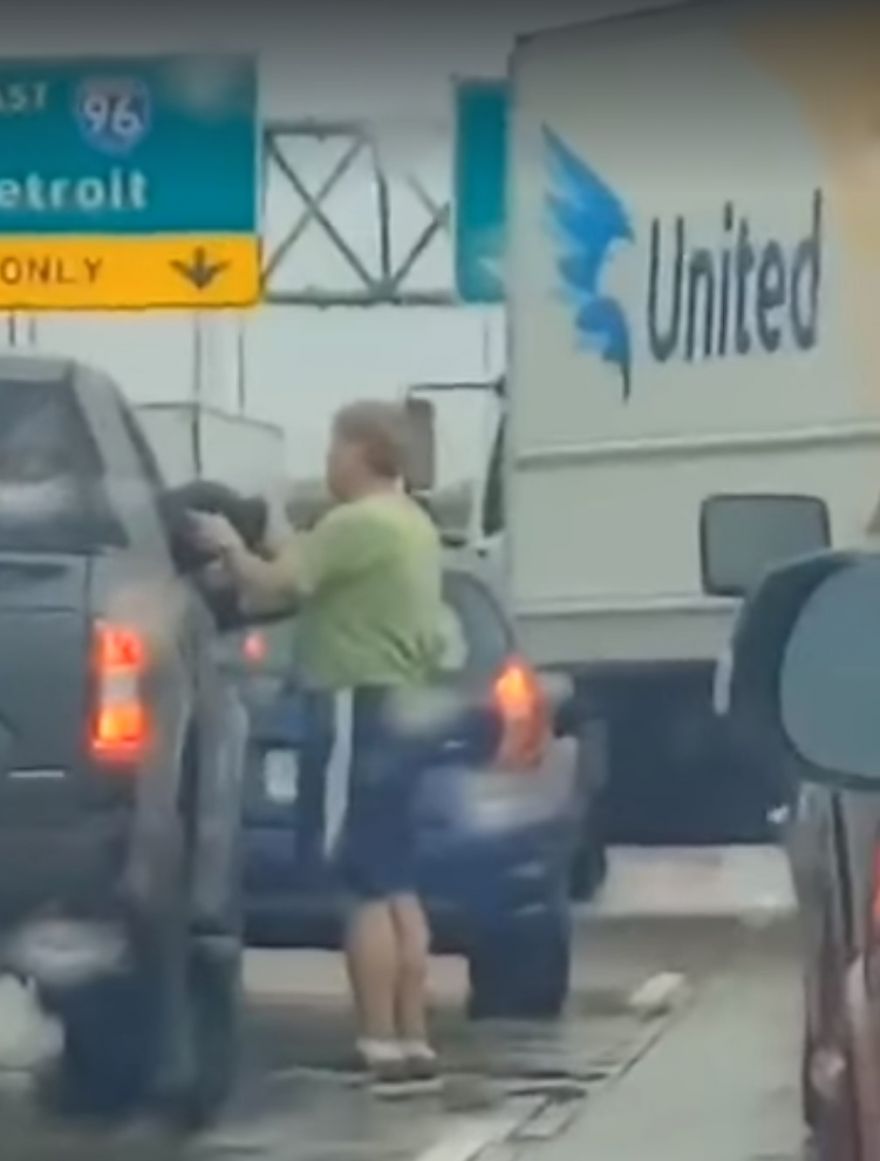 Five days ago, Shelby Wardell drove along a freeway in Michigan. Along the way, however, things came to a stop. As she sat there while waiting for the vehicles in front of her to move, something caught her eye. Several cars ahead of her, there was a man going out of his vehicle.

“I saw this guy walking over to [a] truck,” Wardell told The Dodo. “I obviously didn’t know what was going on.” But soon it all became clear.

Apparently, the guy saw someone that needed petting.