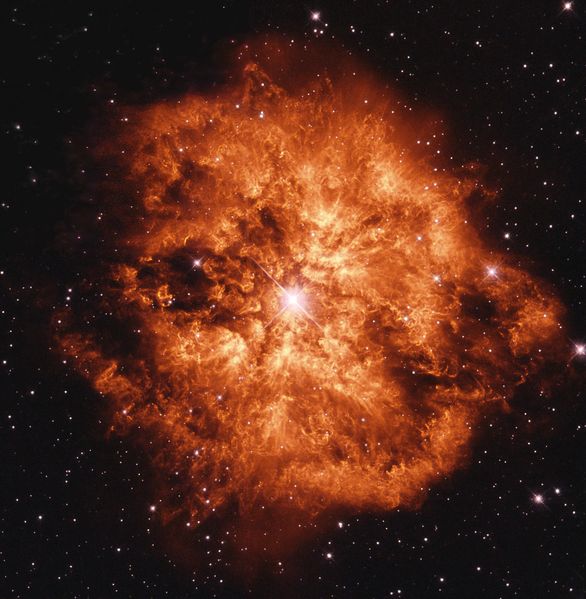 First off, what follows is something we don’t have to worry about. Our sun will someday go supernova, but it will have to grow an awful lot first, and that will take billions of years. There are many other ways to wipe out humanity that will take less time. So the scenario for experiencing a supernova explosion is a thought experiment, but a fascinating one.

As far as raw explosive power goes, no other cataclysm in the Universe is both as common and as destructive as a core-collapse supernova. In one brief event lasting only seconds, a runaway reaction causes a star to give off as much energy as our Sun will emit over its entire 10-12 billion year lifetime. While many supernovae have been observed both historically and since the invention of the telescope, humanity has never witnessed one up close.

Recently, the nearby red supergiant star, Betelgeuse, has started exhibiting interesting signs of dimming, leading some to suspect that it might be on the verge of going supernova. While our Sun isn’t massive enough to experience that same fate, it’s a fun and macabre thought experiment to imagine what would happen if it did. Yes, we’d all die in short order, but not from either the blast wave or from radiation. Instead, the neutrinos would get us first.

What follows is a detailed explanation of the carnage, which we would never see coming. Get the story at Forbes, but reassure yourself that it won’t happen in your lifetime. -via Damn Interesting

Rating This Is How We'd All Die Instantly If The Sun Suddenly Went Supernova is 5.0 / 5 Votes: 2
Please wait...
Loading...
Related articles