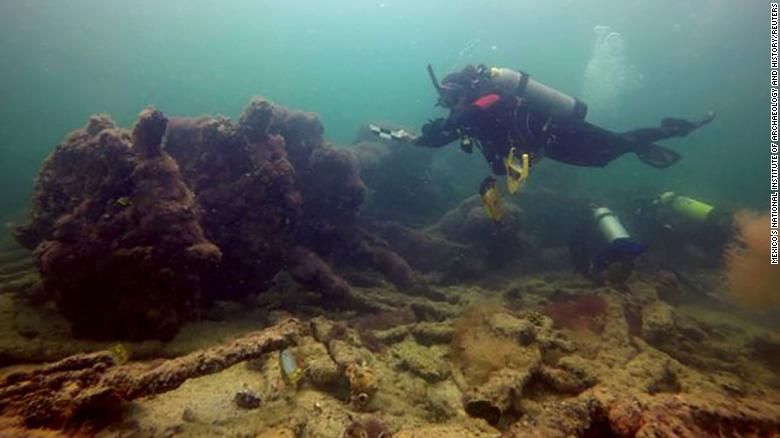 Between 1855 and 1861, during the Caste War of Yucatan, this paddle wheel steamboat, called La Unión, illegally captured and transported about 25 to 30 Maya monthly to Cuba.

“Each slave was sold to middlemen for 25 pesos, and they resold them in Havana for as much as 160 pesos, for men, and 120 pesos for women,” INAH archaeologist Helena Barba Meinecke said in a press release.

The ship sunk on September 19, 1861 while en route to Cuba, proving that slavery continued despite having been abolished in Mexico in 1829 and a decree issued banning the forced extraction of Mayan people that same year.

Archaeologists discovered this ship in 2017 as a shipwreck, but it took three years before they confirmed that this was, in fact, a Mayan slave ship.

“For researchers … the discovery is highly relevant,” INAH said in the release. “Beyond the difficulty in identifying a wreck by name, it also speaks to an ominous past for Mexico that should be acknowledged and studied in terms of its context and time.”

Learn more about the La Unión over at CNN.

Rating This Is The First Mayan Slave Ship To Have Ever Been Discovered is 5.0 / 5 Votes: 5
Please wait...
Loading...
Related articles