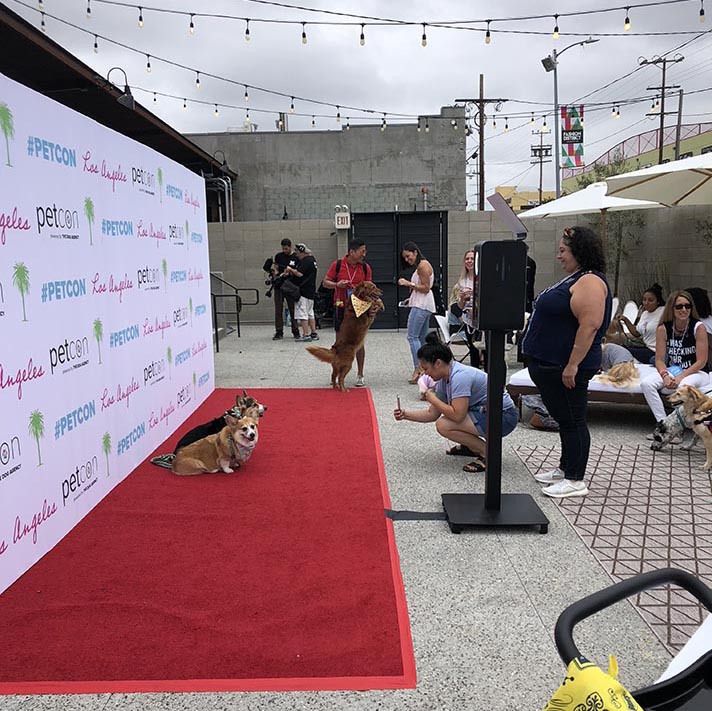 Believe it or not, conventions for pet influencers do happen! These famous Internet pets get together, in their designer clothes and accessories for a convention for them and their fans. From photo opps, sponsored and charity booths, to fan meets – Style Caster’s Becca Evans relay her experience from the Los Angeles PetCon:

A spread of complimentary Spindrift seltzer and Ellenos Greek yogurt—both event sponsors—was set up next to the Get Caked booth, where flapjack portraits of the furry guests were being served. I saw an absolute plethora of dogs chowing down on ice cream for dogs, courtesy of a booth from The Bear And The Rat, a specialty dog creamery. (Yes, that is a real thing that exists.)

The biggest photo opp of all (quite literally) was a Ferrari set up in front of a green screen, which promoted the upcoming release of Fox’s The Art of Racing in the Rain. The venerable golden retriever from the movie—a good boy in real life who plays an equally good boy on screen—was on deck as the event’s resident movie star.

As luxurious and extravagant some of the things in this PetCon sound, at the end of the day, nothing beats the exhilaration from meeting a bunch of cute pets in shirts and glasses. And if you agree with that sentiment, then a PetCon might be the next event you would want to go to!

Rating This Is What Happens In A Pet Influencers Convention is 5.0 / 5 Votes: 3
Please wait...
Loading...
Related articles