Maintaining family life as well as work can be tricky and hard, especially when having kids. It becomes a blessing to have someone besides you who can help with the whole workload. One of the biggest headaches that parents face is how to provide their children with proper care while they are at work. There are a few options such as a good daycare, an experienced nanny, or loving grandparents. However, some parents find it difficult to get help from an institution or simply don’t have money for these services, and some people can’t expect a helping hand from their close ones. It might seem that this only shows how different everyone’s situation is. But in reality, the problem of having to sacrifice time with your kid and find quick and suitable solutions to be able to provide for yourself and your family becomes a serious and sore problem.

We live in a world where people like to express their admiration and support to those who work hard and try their best to achieve great things in life. But it seems that this hype of the “hustle culture” hides some acute problems. Recently, a post with a picture showing a woman working at a gas station while carrying a newborn baby in her arms brought out some pretty strong reactions online. 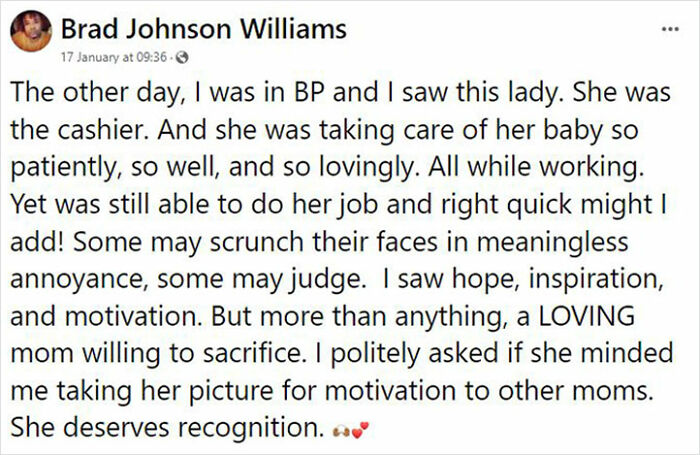 The post that had a picture attached stated that the post author saw the woman in one of the gas stations. She worked there as a cashier, but besides her work-related duties, she was also feeding a newborn baby that she held in her arms. The post author appraised the woman for being able to take care of the baby while providing customers with excellent service. The post creator mentioned that this picture might upset some people, but in his own opinion, he sees this situation as a source of inspiration and motivation for other hard-working parents. A screenshot of this post was shared on a subreddit called r/antiwork. Here users started a heated debate on the matter. 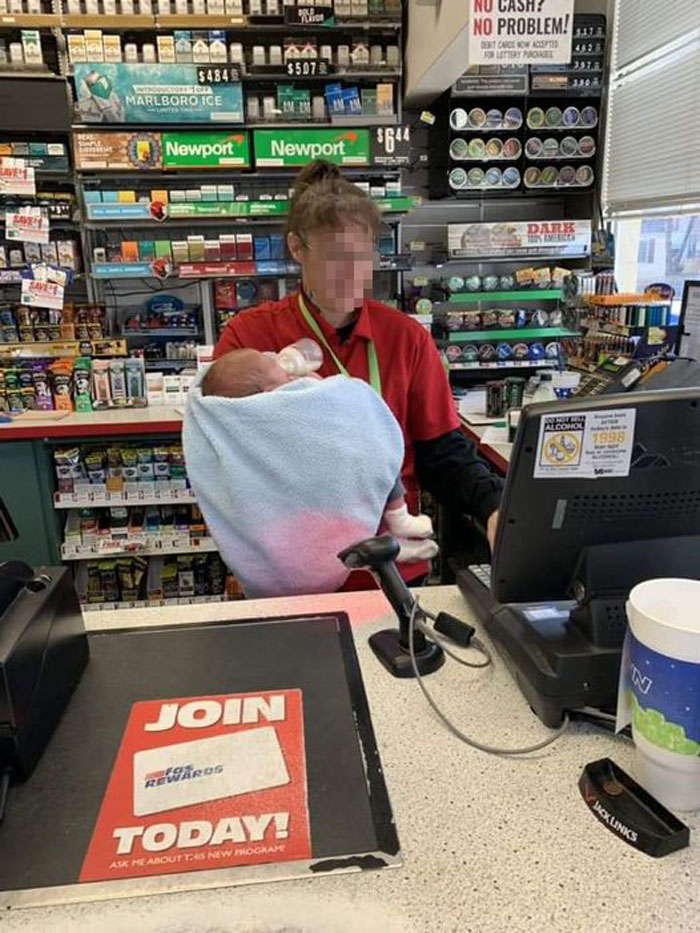 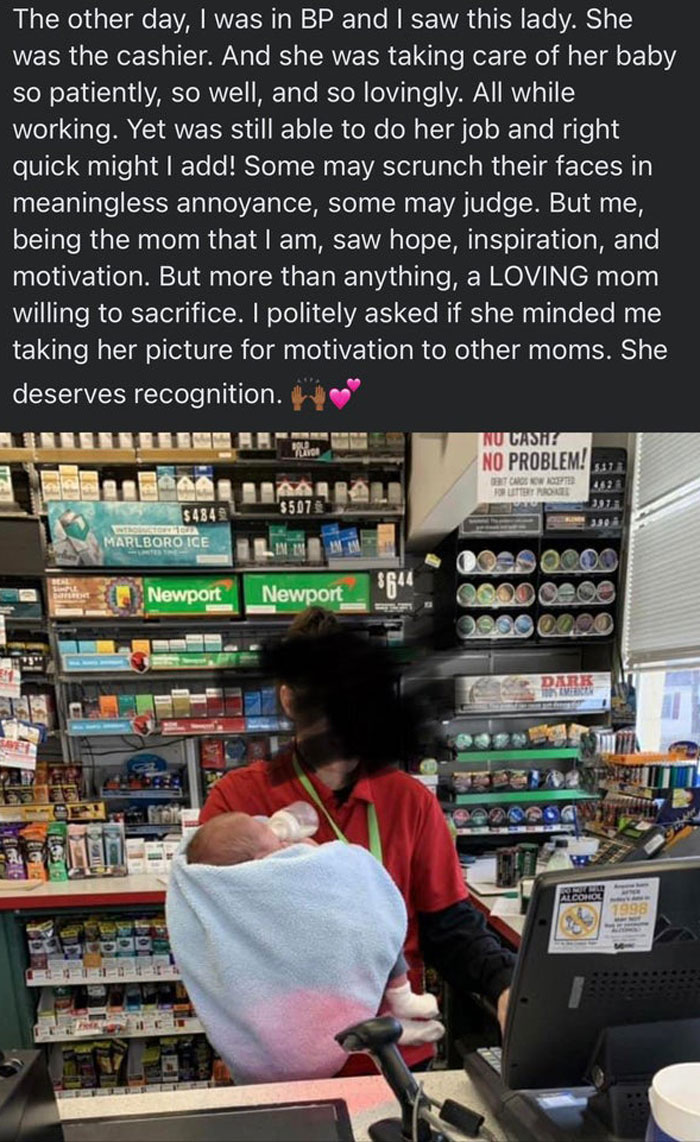 According to the Reddit user @hypochloritesprite, this picture first surfaced in 2019, and the woman that was holding the baby is thought to be the newborn’s grandmother. Despite the missing facts on who this woman is and what is the real situation behind this picture, the post itself made users online start a discussion on several problems.

First, it was noticed that even though this post was written in order to express one’s appreciation and admiration for working moms, a lot of people online found this to be an example of toxic positivity and poverty p**n. Members believed that this and similar situations shouldn’t be promoted as inspiring examples, especially knowing that this is not done to spread awareness of people’s struggles, but rather to generate likes and exposure.

Despite this picture circulating on the internet for quite some time, it is still relevant to this day. A lot of members of Reddit found that the circumstances to which parents have to adapt are unthoughtful and sometimes even cruel. Some people thought that the problem lies in the way capitalism works, thinking that work and money are more important than the employees and their welfare. There were other examples revealed by users who also witnessed kids having to come to their parents’ workplace because there were no other places they could be left at. It was agreed that what such people need is not recognition or a good word, but rather useful benefits such as vacation time, paid maternity, and paternity leave.

What is your take on this situation? Don’t forget to leave your thoughts in the comments down below!

For some users, it became clear that very often parents have to struggle because they don’t get proper benefits such as maternity leave 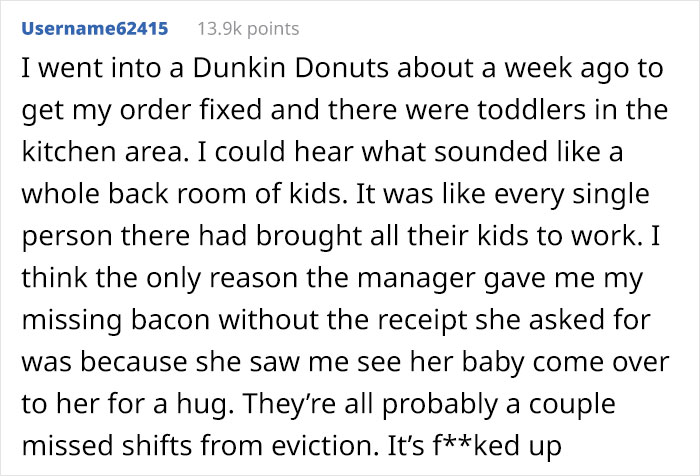 The post “This Isn’t Motivation”: A Picture Of A Gas Station Employee Working While Taking Care Of A Newborn Raises Awareness Of Toxic Positivity Online first appeared on Bored Panda.