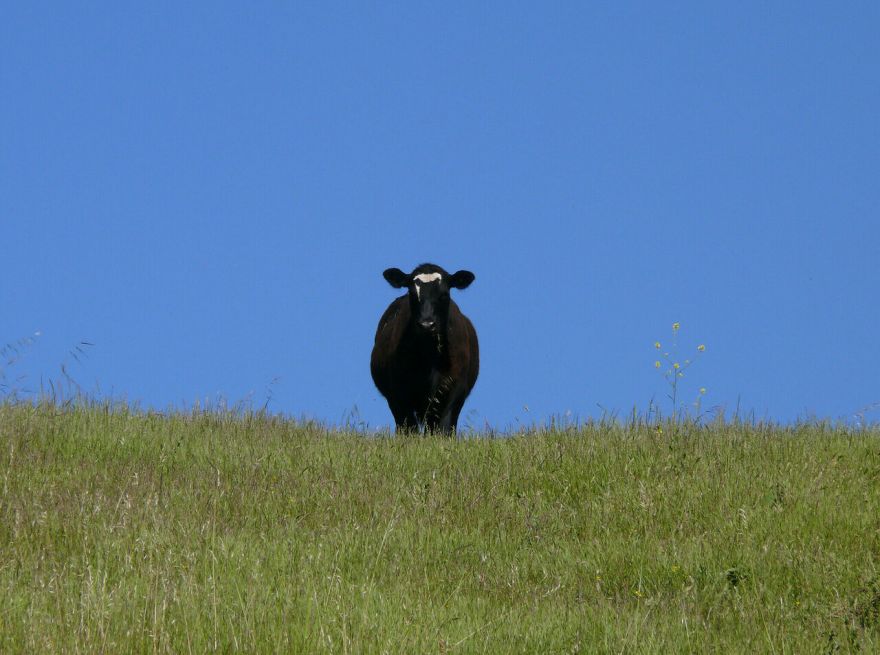 Beaches in South California might look beautiful at first glance, but a dull landscape full of mud covers the  continental shelf a few miles beyond these beaches. The culprits behind the wasteland are cows, according to paleontologist Susan Kidwell. Kidwell and fellow researcher Adam Tomašových stumbled on a lost ecosystem that is absent from the mud-coated shelf today:

Kidwell and Tomašových were perplexed by the stark difference between the shelf’s past and present ecosystem. In a2017 study, they dated nearly 200 of the fossilized brachiopod shells to reconstruct the demise of these filter-feeders. They predicted this ancient ecosystem gradually declined over thousands of years as California’s sea levels fluctuated. However, the shells told a different story. The population of brachiopods had thrived on the shelf for some 4,000 years before suddenly crashing 150 years ago. “We were completely blown away when we got the results,” Kidwell says. “They survived into the present day only to disappear.”

Then the lightbulb went off for Kidwell. “The only thing it could have been was cows,” she says. According to her research, the arrival of livestock with Spanish missionaries in the 1770s represented the biggest change to Southern California’s coastal ecosystem prior to urbanization. Left to roam free, cattle and horse populations exploded like microbes across a petri dish. By the mid-19th century, the legions of livestock were compacting the soil as they overgrazed native vegetation. Coupled with a general lack of knowledge about soil conservation and Southern California’s semi-arid climate, where dry periods are punctuated by heavy rains that maximize runoff, the conditions led to what Kidwell calls a “perfect storm” for enormous amounts of sediment washing into the ocean.