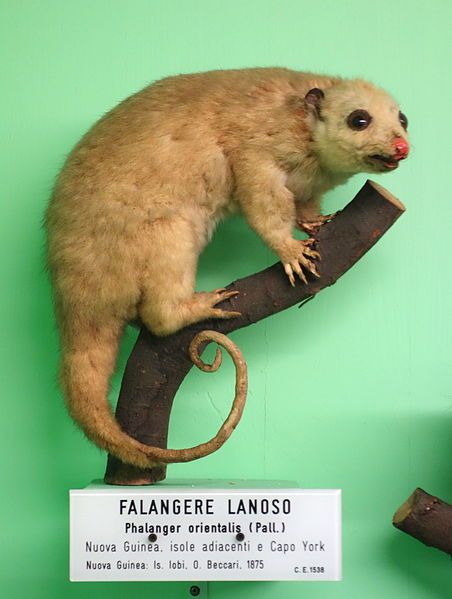 This is the northern common cuscus. It is an herbivorous marsupial native to northern New Guinea and the surrounding islands. For many of us who see this animal for the first time, we would see it as cute and adorable. But for many people in Indonesia, Timor Leste, and Papua New Guinea, the cuscuses are not just cute animals. For them, these animals are good sources of fur and protein. Aside from that, they can also be great companions.

“They like to wrap their tail around you and curl around,” says Shimona Kealy, a researcher at Australia National University who, as a Ph.D. student, once handled young cuscuses. “My supervisor was trying to take a photo, and I was just there being like, ‘Can’t we take it home?’”

Kealy doesn’t endorse capturing baby cuscuses. But, as she explains, “that’s a really common thing throughout Indonesia, Timor Leste, Papua New Guinea.” People hunt them, and if they catch a mother, they keep the young. “You’ll see young boys that run around the village, and [the cuscus] will just sit on their shoulder.”

But why do researchers like Kealy seem to be so interested in the relationship between humans and cuscuses? What could we learn from this relationship?

As it turns out, quite a lot. The relationship between humans and cuscuses goes back millennia, preceding the agricultural revolution. And the depth of that relationship challenges some of our most fundamental beliefs about human history.

Learn more about this over at Atlas Obscura.