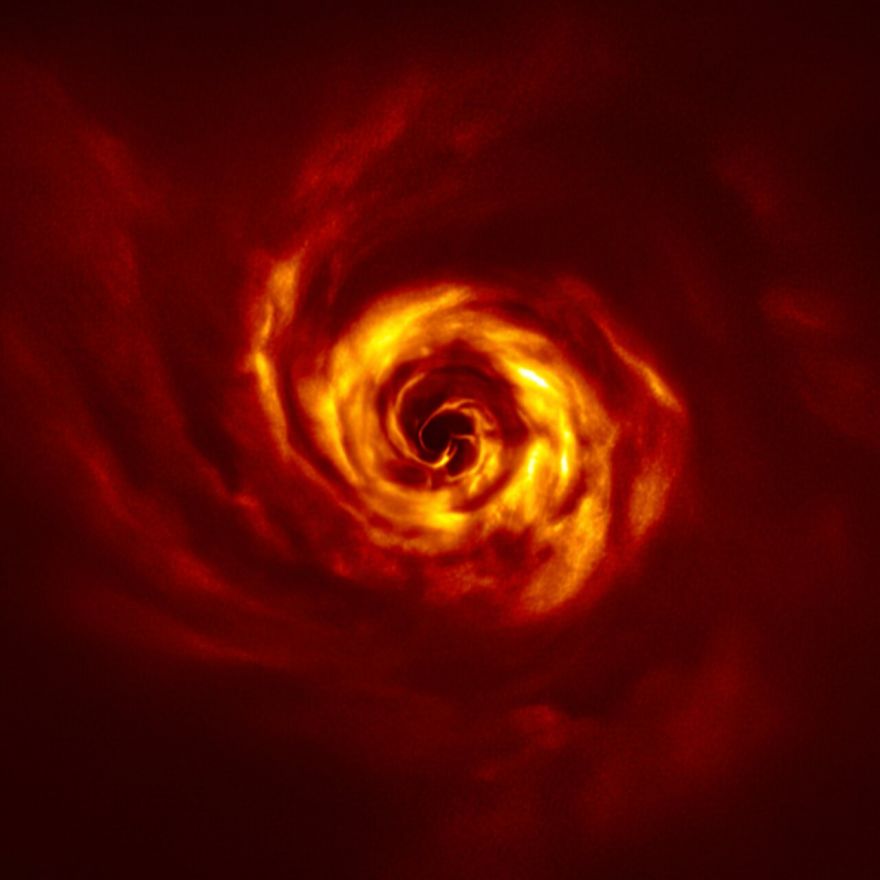 In a very young star system called AB Aurigae, which about 520 light-years away, astronomers have spotted what seems to be evidence of a planet being born. They reported this finding in the journal Astronomy & Physics over a week ago. The recently released images show a massive disc of gas and dust, which has a twist that could be an indication of a new planet forming.

AB Aurigae was observed a few years ago through the Atacama Large Millimeter/submillimeter Array in Chile. Those images showed two long spirals of gas close to the star, spurring scientists to follow up with the ESO’s Very Large Telescope (also in Chile). This telescope is armed with an instrument called SPHERE, which can view faint light reflected by small dust grains and emissions originating from the star system’s inner disc.

SPHERE’s images confirmed the presence of the spirals, and also showed the twist indicating that the spiral arms are connected. It is these spirals that let other gas and dust moving through the young star system accrete onto the planet-to-be, which slowly grows into something fully formed and mature.