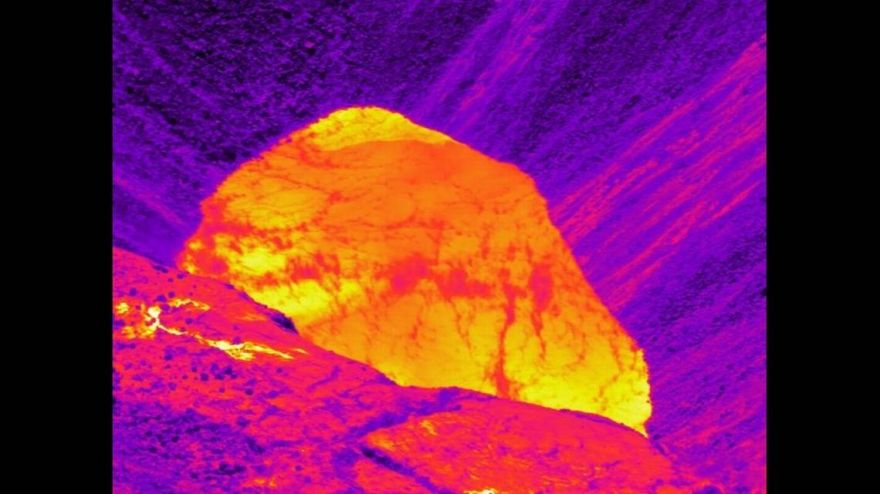 Well, that’s to be expected from a lake growing in the belly of a volcano. A mysterious lake the size of five football fields is growing inside Hawaii’s Kilauea volcano. The deadly waters range from 176 to 185 degrees (80 to 85C), according to the USGS Hawaiian Volcano Observatory, as the Lexington Herald Leader details:

Why is the water so hot? Experts have not settled on a specific reason.

One factor could be “residual heat” built up in rubble at the base of the site’s pit crater, the USGS says. Another possibility is the nearby gas vents ( fumaroles ) that produce heat in the range of 302 degrees Fahrenheit, the report said.

The lake began forming sometime after a May 2018 eruption caused the floor of Kilauea’s caldera to collapse, leaving “a hole nearly as deep as One World Trade Center,” according to a report by NASA’s Earth Observatory. Prior to the eruption, the caldera hosted “a large lake of lava,” NASA says.

“In July 2019, helicopter pilots began to notice water pooling into a pond in the lowest part of the crater. Water levels have risen steadily ever since,” NASA says. “Today, the lake — now with a rusty brown sheen on its surface due to chemical reactions taking place in the water — has an area larger than five football fields combined and a maximum depth of roughly … 100 feet.”

Scientists believe the lake is growing because the crater’s floor fell low enough to put it below the water table, NASA says.