Bob Mettauer took up cycling when he retired in the 1990s. Ever since then, he has been logging his miles, and he has committed to ride nine miles with his bike every day, no matter the weather. Now, almost 30 years since that fateful day, the 95-year old man from California, known to neighbors as “Bicycle Bob”, logged his 100,000th mile of cycling.

Mettauer logged his 100,000th mile Tuesday and was treated to a celebration by friends and neighbors at Casa Grande Senior Mobile Estates in Santa Maria.

The cycling enthusiast said he plans to take a few days to rest after reaching the 100,000 mile mark, but he has no plans to quit his hobby. 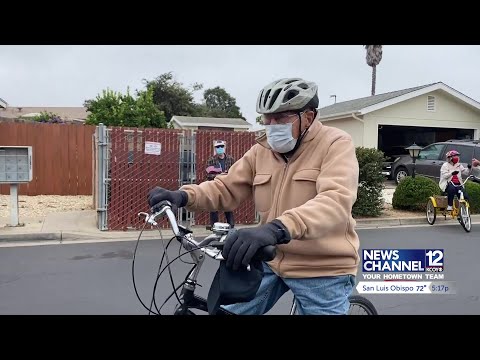