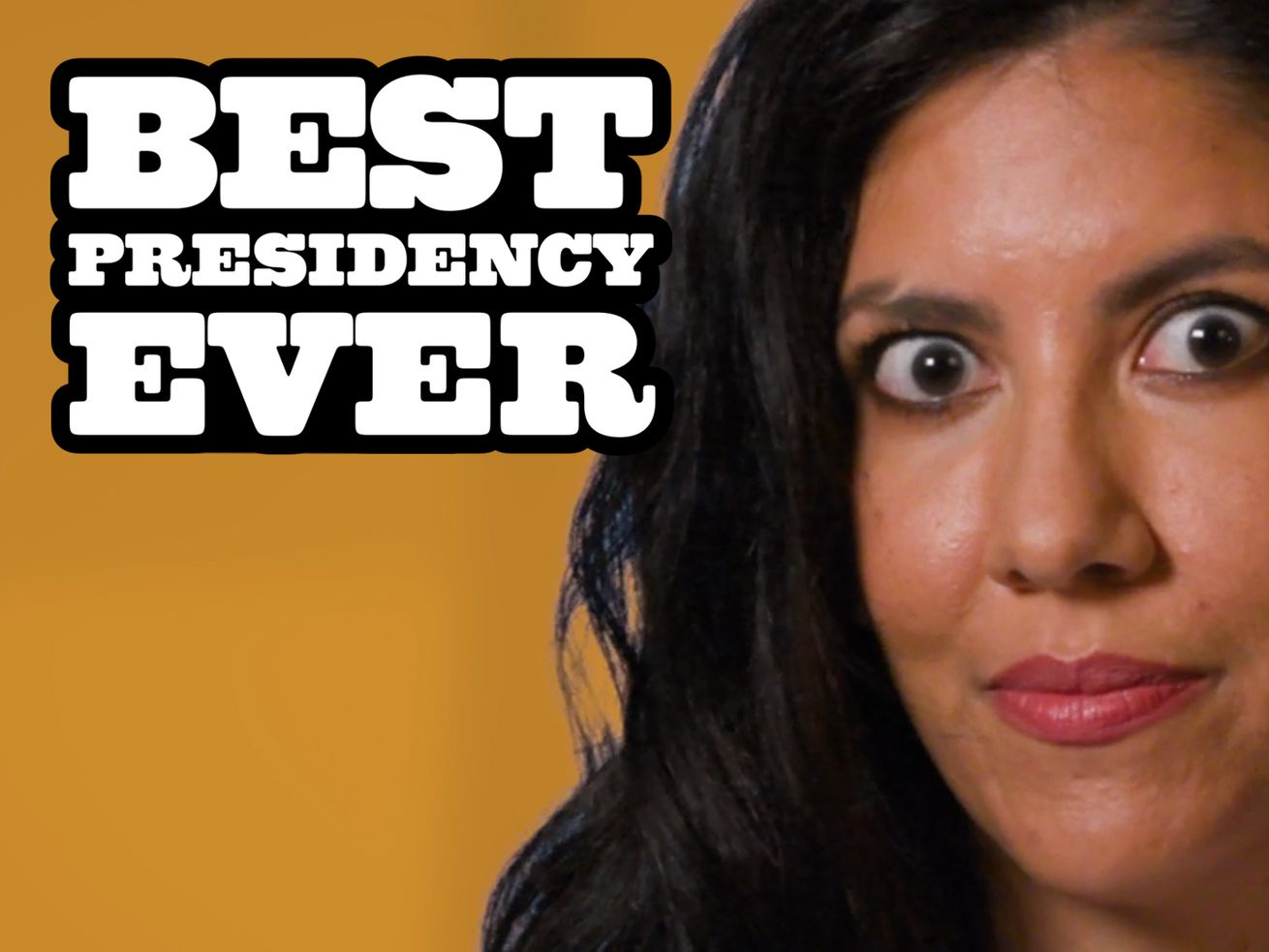 On this episode of BEST PRESIDENCY EVER, we look at the funniest (and most disturbing) moments from the current presidency

Is this presidency slowly eroding our democracy into fascism?

Well – there has been a lot of disturbing moments from our current presidency that would make you say “eh, probably,” so – on this episode of The Best PRESIDENCY EVER, we’ve gathered our favorite funny people to evaluate these milestones and decide if these moments are the result of the mishandlings of an underqualified president OR intentional decisions to slowly move our country into a dictatorship? (or maybe its both!? Weeee!!)

lol, this isn’t true. You can tell from a side-by-side comparison of President Trump’s 2017 Inauguration vs. President Obama’s 2009 Inauguration.

When Sean Spicer was criticized for his false statement, Kellyanne Conway came to his rescue and claimed that the (now former) White House Press Secretary was giving “alternative facts.” Little did we know, this would be one of the milder pieces of “alternative” information the public would receive during Trump’s presidency.

Trump appointing Betsy DeVos as the Secretary of Education

Despite the fact (I repeat: FACT) Betsy DeVos having ZERO experience actually working in a school, Trump picked her to make all the decisions that DIRECTLY IMPACT SCHOOLS. GAHH!!!

The only thing scarier than the president calling a fact-checking, source-citing news organization that millions of Americans rely on for credible information “fake”? A president that shares a meme of himself punching that news organization in the face.

Prior to Trump’s presidency, the term “fake news” was reserved for things that lacked basic journalistic vetting, but thanks to Trump, “fake news” can be applied to anything he doesn’t want to have perceived as factual (for example: the deadliness of COVID-19)