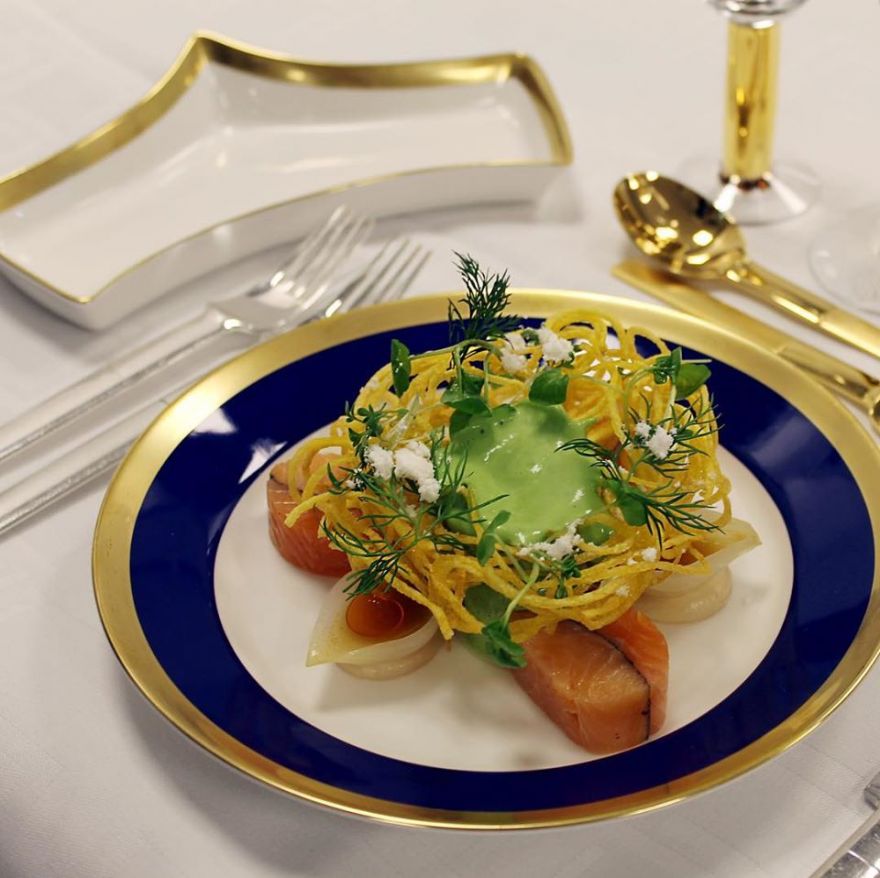 One way to eat a Nobel Banquet meal is by winning a Nobel Prize. That’s kind of difficult, though. You have to be really good at something, and, unfortunately, the categories of that something are tightly restricted. Unfairly, really. I mean, there’s not even a Nobel Prize category for monster trucks, which shows how out-of-touch the Nobel Committee is these days.

Anyway, you can still eat like a winner at the Stadshuskällaren, a hoity-toity restaurant in Stockholm. Upon reservation and request, diners can eat any of the meals offered at the Nobel Banquets dating back to 1922. The Smithsonian reports:

“The Nobel Banquet is a celebration that’s known worldwide, so we thought it would be a good idea to let everyone have the opportunity to enjoy the menus and taste what it’s like,” says Maria Stridh, co-owner and CEO of Stadshuskällaren. “It’s a fun thing to do if you’re traveling from another country and want to try something special that’s related to Sweden. Often people will select a certain year that’s important to them, such as the year that they were born or the year when someone from their country won the prize.”

-via Nag on the Lake | Photo: Stadshuskällaren

Rating This Restaurant in Sweden Serves Every Dinner Offered at the Nobel Prize Banquet Since 1922 is 5.0 / 5 Votes: 4
Please wait...
Loading...
Related articles

The War Rubble of Crosby Beach