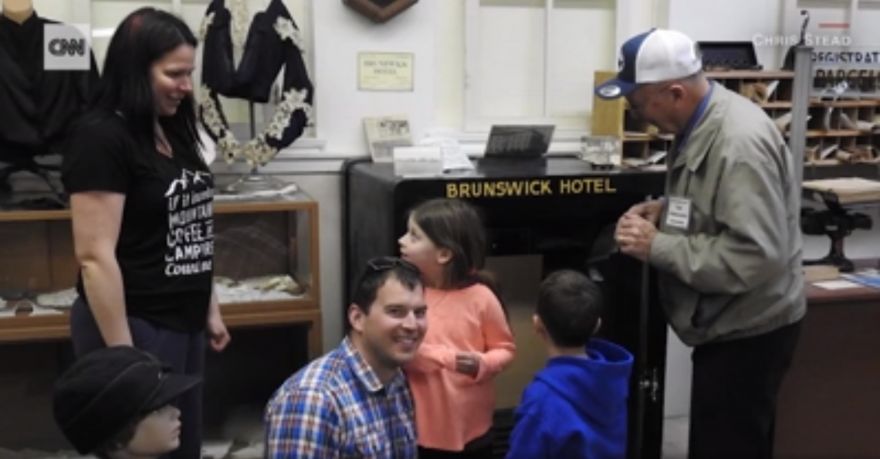 For 40 years, the humble museum Vermilion Heritage Museum in Alberta, Canada tried everything they can in order to unlock this safe tucked away in their basement. They have hired blacksmiths, contacted the manufacturer, called former employees, and even challenged guests to unlock the safe — to no avail.

Last month, to everyone’s surprise, a man who visited the museum cracked the code on his first try.

Stephen Mills, from Fort McMurray, Alberta, was on a family camping trip with his wife, his two children and his father-in-law.

“We wanted to check out what the community has to offer,” said Mills. “The museum was actually closed on the day we were there, but we managed to track down one of the volunteers, Tom Kibblewhite, who opened it for us and showed us around.”

After giving the Mills’ family a tour of the whole building, the volunteer proceeded to show them the objects in the basement, including the mysterious safe.

It originally had belonged to the town’s Brunswick Hotel which opened in the early 1900s, Kibblewhite said. When the hotel shut down, in the late 1970s, the safe was locked — and so it had remained.

“It was like a time capsule, nobody had any idea of what was in there,” Mills said.

Like other visitors, Mills was offered the chance to take a crack at opening it.

So he put his ear up to the safe, “just like you see in the movies,” he said, as his two children, aged 4 and 6, stood next to him.

“I looked at the dial and I saw the numbers were running from 0 to 60. So I thought in my head 20-40-60. I did a particular combination which is three on the right, two on the left, and 1 on the right, tried the handle … and it opened!”

“It was a 100% guess,” he said. “I was fully amazed. I stepped back a little bit and thought ‘I’m buying a lottery ticket tonight!'”

The contents of the safe proved a little disappointing.

“Unfortunately there wasn’t what we thought was there,” Mills said. “Some papers, old checks, a waitress’ notepad, and a receipt from the hotel, that’s it.”

What a lucky guy!

Rating This Safe Gave Experts A Hard Time for 40 Years, Then This Guy Comes In and Unlocks It On His First Try is 5.0 / 5 Votes: 4
Please wait...
Loading...
Related articles