You may not expect to see the words New York City and butterfly sanctuary in the same sentence, but soon enough, a new office building in SoHo will do double-duty as a “breeding ground, waystation, and sanctuary” for the endangered monarch butterfly. Designed by architecture firm/think tank Terreform ONE, the building will feature a double-skin facade that essentially functions like a butterfly terrarium. While plans for the building itself are still in the approval process, a large-scale mock-up of the facade system is currently on view as part of the Cooper Hewitt’s Design Triennial. 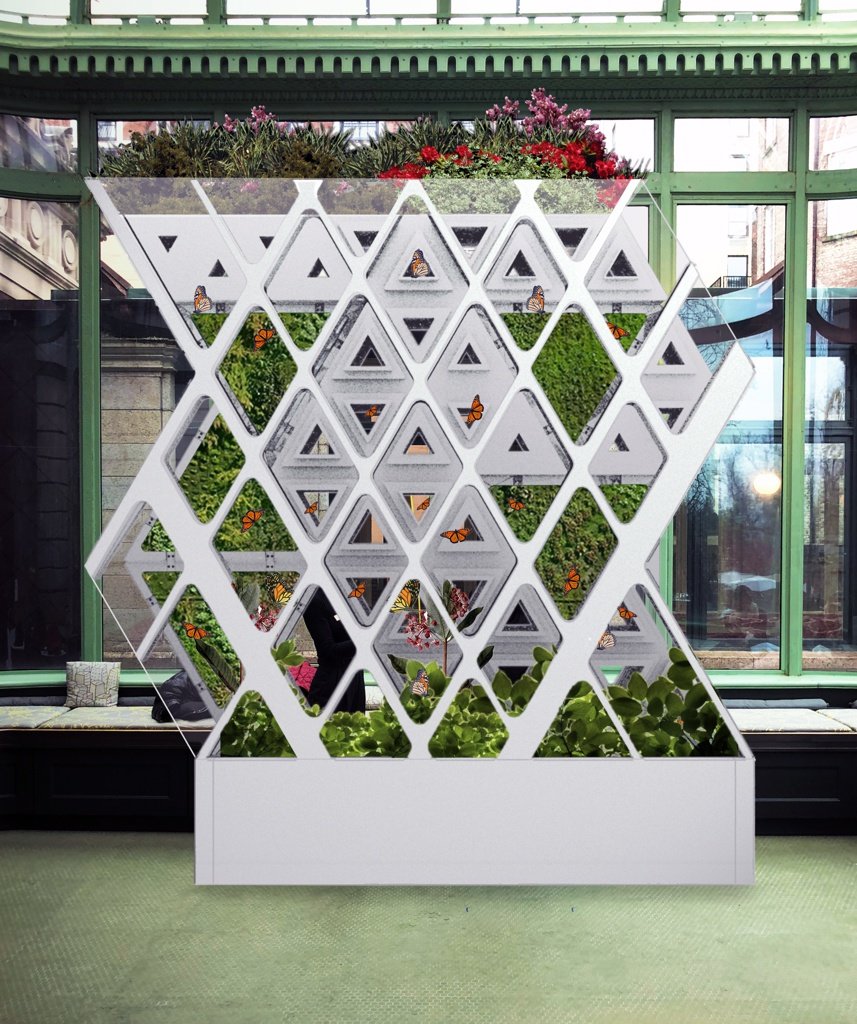 Image courtesy of Terreform ONE

Monarch butterflies are a “delicate presence” in the city, which is part of their migratory path. Habitat loss due to pesticides and urban development pose a significant existential risk to the species, which is currently being considered for endangered species status by the U.S. Fish and Wildlife Service. A recent study led by the nonprofit Xerces Society for Invertebrate Conservation estimated a 97 percent decline of monarchs overwintering in California compared to the 1980s.

The team at Terreform ONE, led by Mitchell Joachim, is exploring ways of using urban design as a solution for habitat loss. The double-skin facade encloses a climate-controlled space that’s about three feet deep and spans the entire seven stories of the proposed building. This “vertical meadow,” as the designers call it, “serves as an incubator and safe haven for Monarchs in all seasons.” It contains milkweed vines and flowering plants to nourish the butterflies at each stage of their life cycle. Algae will help purify the air while solar panels on the roof provide renewable energy. The butterflies can come and go as they please throughout the building’s skin system and roof. Butterfly-shaped drones will hover around the structure, taking readings and mappings of the microclimate and using that data to help maintain the health of the butterfly population. 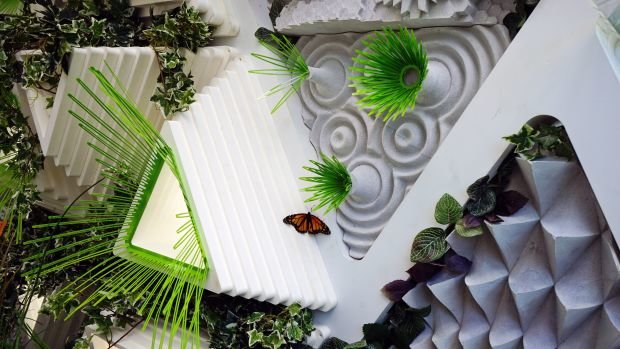 Image courtesy of Terreform ONE

They teamed up with chemical company BASF—who spearheaded the Living Acres #MonarchChallenge and works with farmers and golf courses to protect the milkweed on their properties—to engineer a specially mixed concrete for the design that would lower the carbon footprint of the building and keep it lightweight.

A big focus of the project is just making the problem of the butterflies’ precarity more visible to the public. There will be LED screens at street level with magnified live views of the caterpillars and butterflies inside the vertical meadow.

“The building is intended to serve as an object lesson in enhancing the urban environment with green technologies, including plant life and other creatures, in designing for other species, and in conveying images of new possibilities for the urban environment,” the project description explains. “This project alone will not save the Monarch but it will crucially raise awareness about our much-loved insect residents.”