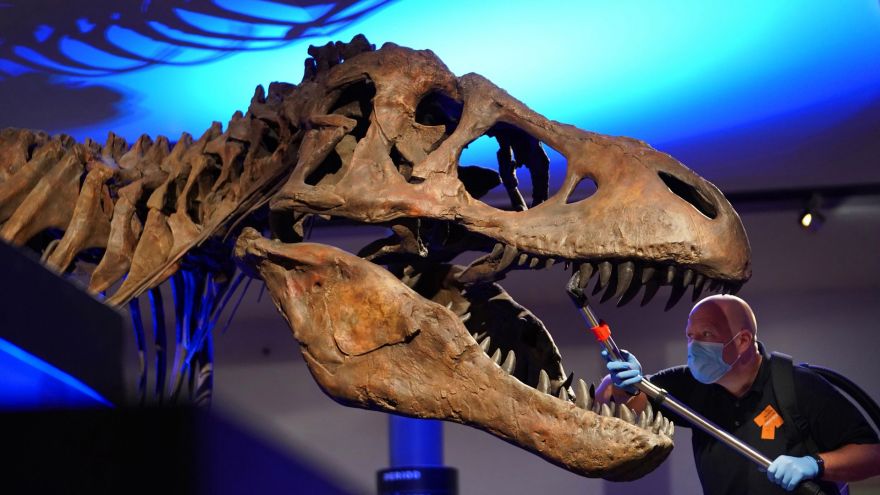 That’s just all the Tyrannosaurus rexs before they were wiped out! Scientists now have a numerical estimation for the total population of this particular dinosaur species during their 2.4-million year stay on our planet. According to Charles Marshall, who led the study, this estimation may help contextualize the fossil record and the rarity of finding fossilized prehistoric organisms, as Axios details:

How it works: The team of researchers couldn’t use the limited fossil record to estimate the species’ population, so they instead used Damuth’s Law, which describes a relationship between population density and body mass.

The relationship, used in population ecology, generally states that species with larger body sizes tend to have lower population densities.

The researchers then computed the average body mass of a T. rex, settling on a mean of 5,200 kilograms (roughly 11,460 pounds).

Using the body mass, the team calculated that the species had a population density of around one individual per 40 square miles.