Being a hard worker takes a lot of willpower and motivation. But this all seems to be worth it when these efforts pay off. However, very often people find themselves in situations where their workplace seems to take advantage of such individuals without appreciating them enough, or even worse, without providing them with proper working conditions. Bored Panda already covered some stories where employees were too stressed to tell their manager or a supervisor that they had an emergency and wouldn’t be able to come to work, one of these stories you can read here.

This time, a supervisor who goes by the username @Chumbolex on Twitter decided to share his personal story that is related to employees being scared of taking some time off of work when in fact they really need it.

No matter how committed a person is to their job, sometimes there are situations that need to be dealt with here and now, so it becomes necessary to take some time off of work 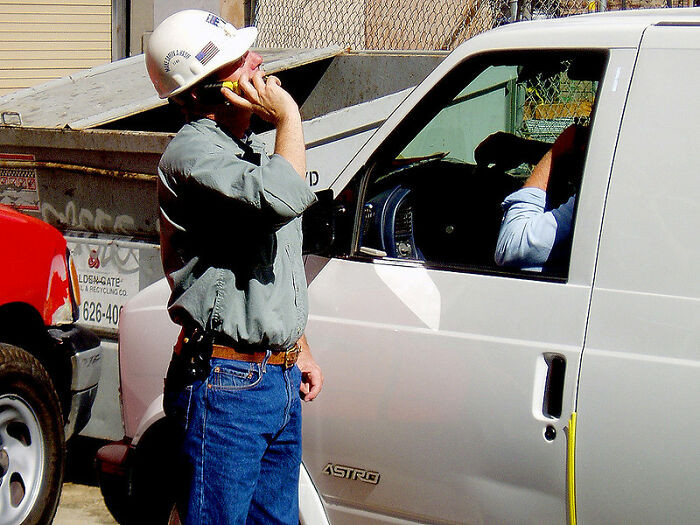 The Twitter user started his tweet by stating that this occurrence happened when he had just started his supervisor position at his workplace. The man noted one of the employees limping and, being a concerned person, asked him if he was okay. At first, the worker said that he was fine and assured him that he would work faster. This answer wasn’t quite convincing, so the supervisor told him “don’t let these people work you to death,” meaning that the man should take care of this health first without allowing the workplace to exploit him. 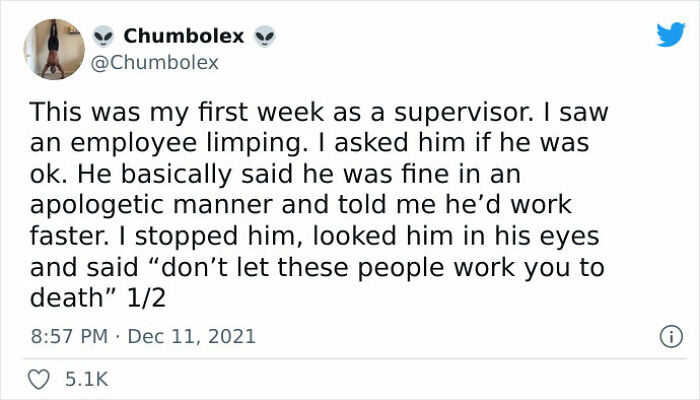 As his supervisor, the user made sure that the man would take some time off to take care of his health 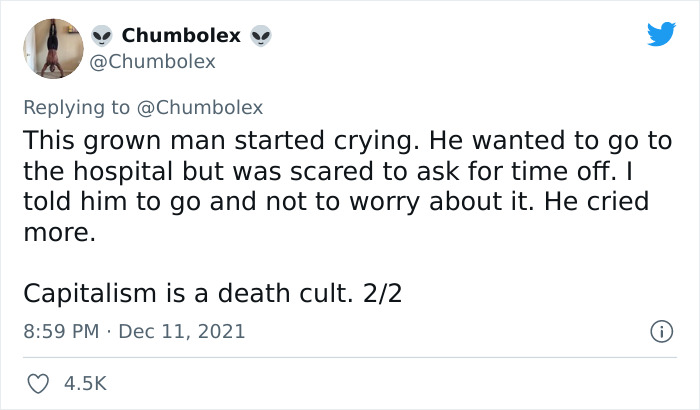 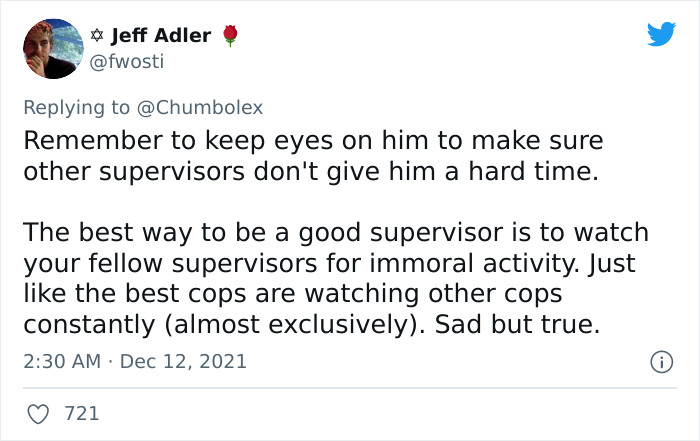 The supervisor’s words made the man cry as he actually wanted to go to the hospital but was too afraid to ask for some time off. The supervisor was understanding and assured the employee that he should do it and not worry about this. This situation started a heated discussion online as people were both happy with the compassionate supervisor and disappointed by the working conditions that employees face. 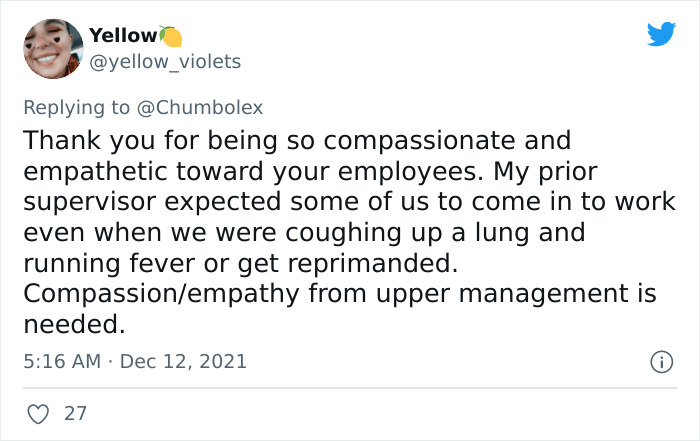 A lot of people online started sharing their own experiences when they had to go to work sick or miss important events because of work. Some users pointed out that there are good managers such as the Twitter user who started this thread who care about their employees and understand that sometimes there are situations where people need to skip work. 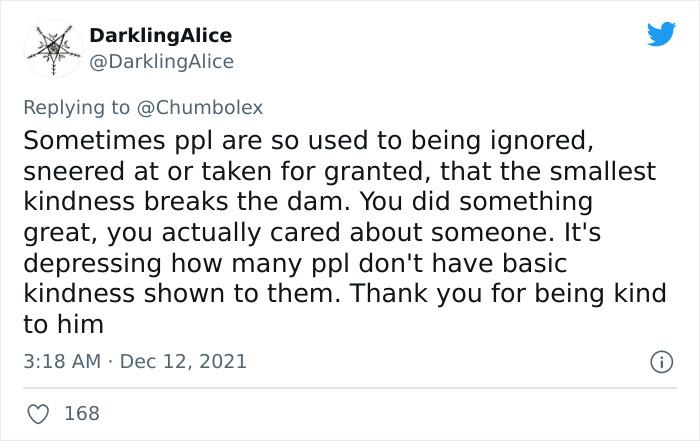 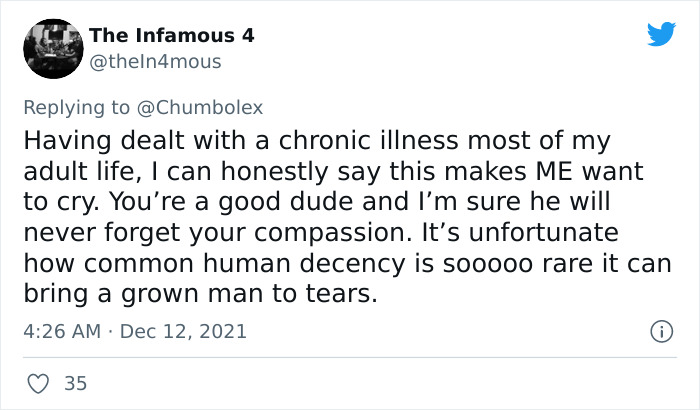 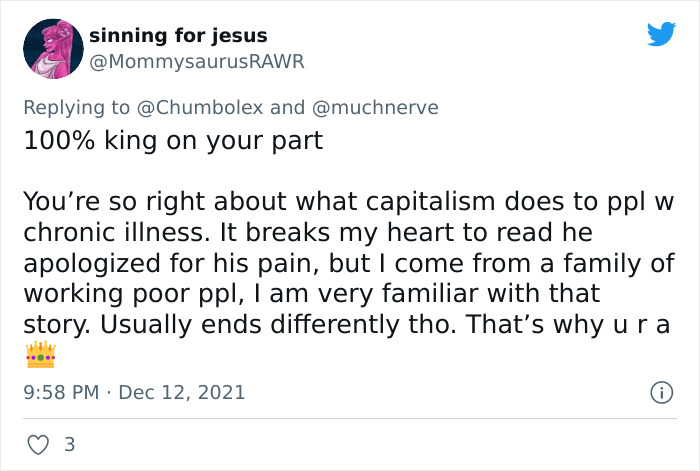 Twitter users were open about the fact that capitalism is getting out of hand at this point. Their working conditions are hard, the salary is usually not enough to support themselves and the stress that is created by the whole situation is making it even worse.

Bored Panda contacted the tweet author @Chumbolex who shared that he was surprised to see his story gain so much attention among other Twitter users. When asked if he ever found himself in a similar situation, the man revealed: “I’ve never viewed time off as a request. I’ve always just told bosses and managers that I wouldn’t be in, and that was only if I liked them. Otherwise, I’d just not show up. I’m more responsible now, but not by much.” 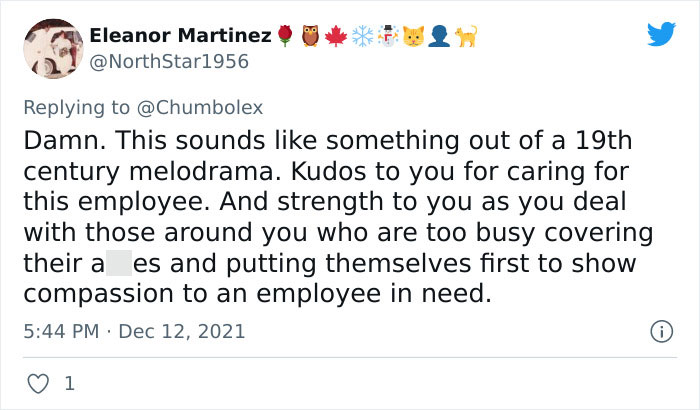 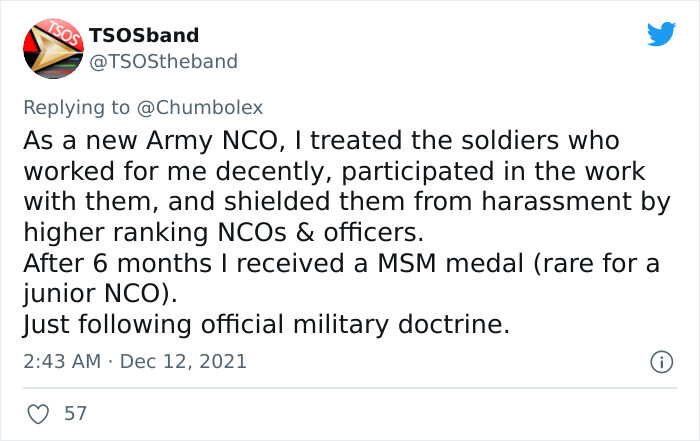 However, most of the users revealed situations where they had to go through constant calling of getting back to work 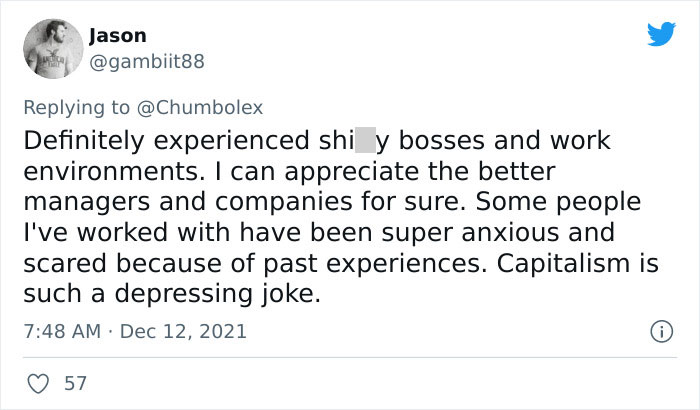 Having in mind some workers’ strikes taking place, it might seem that people are now ready to change things in the work industry. We asked the Twitter user if he has also noticed this, to which he replied by saying that “I think American culture has been colored by corporations. Most people don’t think ‘working conditions’ are a thing you can control.” According to him, people rely more on how good or bad their boss is, adding that “America needs a labor movement.” 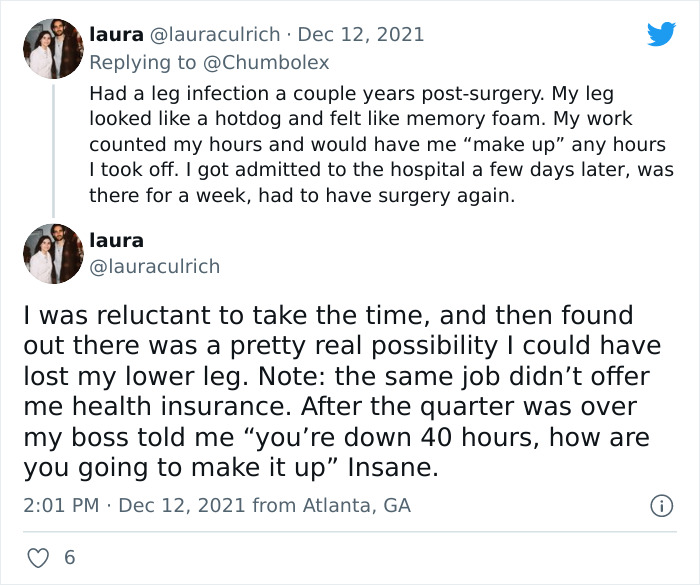 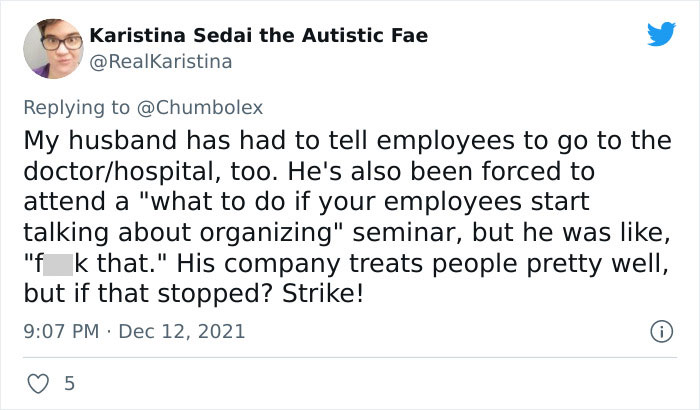 How important are workers of higher positions? This story showed that they do have an impact on how employees are treated, but how major is this impact? @Chumbolex shared that leaders and managers are of great importance but “ultimately it’s the working class as a whole who decides. We view ourselves as individuals who are in control of our fate, and that may be true outside of work to an extent, but in corporate culture the only thing that matters is control of profit. We need, as working people, to let the boss know that labor controls everything.” 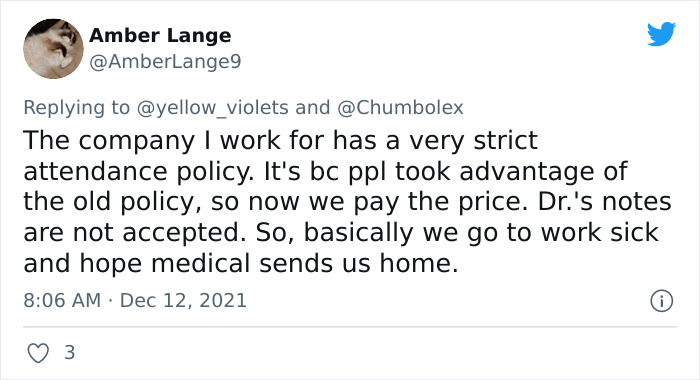 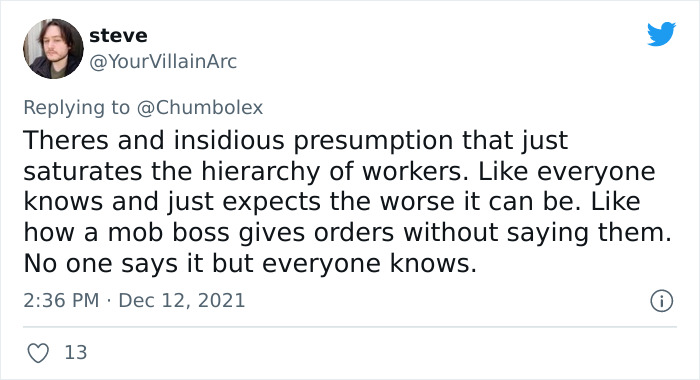 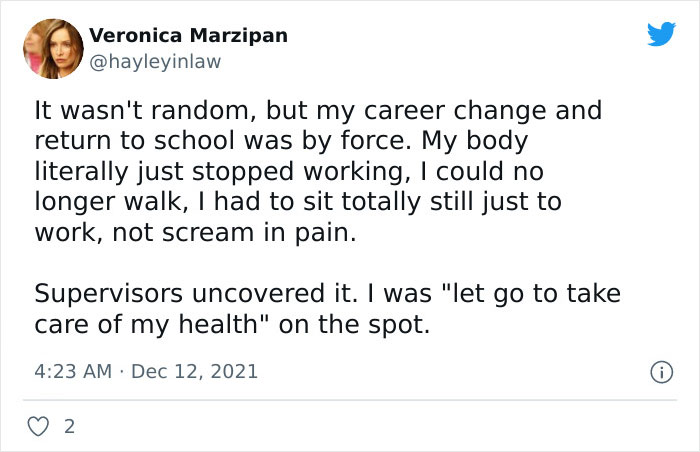 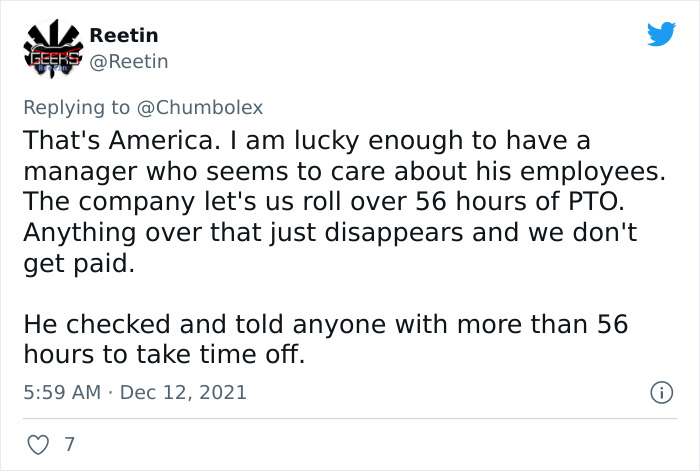 The post This Supervisor Shared How He Made His Limping Employee Cry By Offering Him Time Off To Get His Leg Checked, Starting A Discussion Online first appeared on Bored Panda.