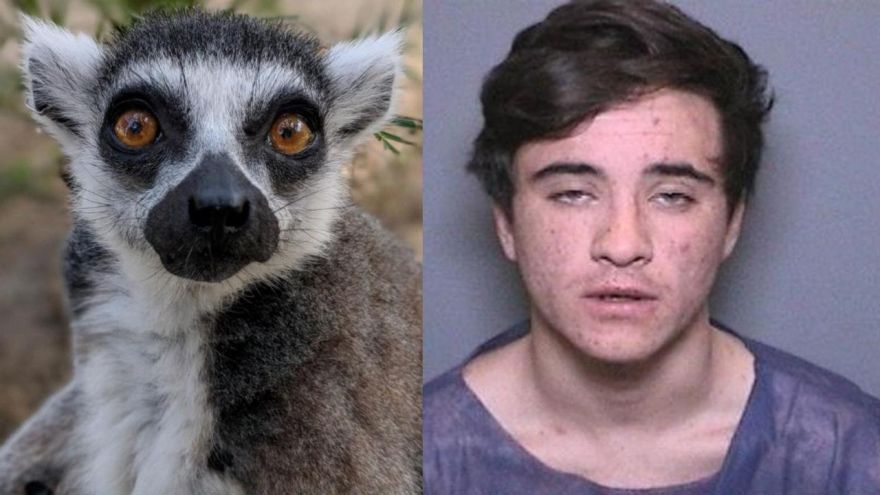 The title would not make sense at first. But trust me, it would if you read the whole story.

July 28, 2018. Employees of the Santa Ana Zoo showed up early on to work to prepare for the public to arrive. However, on this day, something was clearly wrong at the zoo. The lemurs and capuchin monkeys were wandering loosely at the grounds. Apparently, somebody had cut holes in the primates’ fences, allowing them to escape.

The zookeepers then proceeded to round up all the animals for a head count, and an animal was found missing.

A 32-year-old endangered lemur named Isaac. An inquisitive and easygoing senior, he is believed to be the oldest ring-tailed lemur living in captivity in North America.

The plot would still thicken after this incident.

Almost as soon as zoo officials notified authorities and began planning a search party, things took an even stranger turn. A call came in from the police department in Newport Beach, some 10 miles from Santa Ana. Just after 2 a.m. that morning, police said, employees at a Marriott hotel had discovered a strange parcel near the front door.

“This belongs to the Santa Ana Zoo,” read a hand-scrawled note attached to the plastic container. “It was taken last night please bring it to police.”

Another note detailed the package’s contents: “Lemur (with tracker).”

Fisher still isn’t sure exactly how the culprit figured out that Isaac had an implanted microchip that would allow veterinarians to identify him, but he and the rest of the staff were just happy to get the aging lemur back unharmed. The question of who had been behind the late-night zoo heist – and why – remained a mystery.

The lemur-stealing culprit would still remain a mystery, until the police discovered a diamond ring. They would later link this diamond ring to a 19-year-old man named Aquinas “Quinn” Kasbar, which the police would later identify as the culprit behind the zoo incident.

Find out more about the story on Dothan Eagle.

Rating This Teenager Was Linked In Thefts and Jewels. He Was Later Linked to A Lemur is 5.0 / 5 Votes: 3
Please wait...
Loading...
Related articles