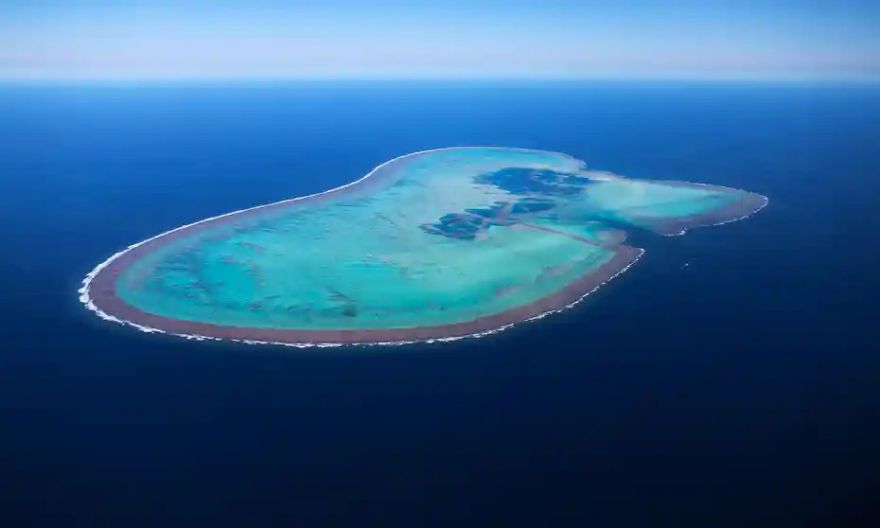 No one expects to get a bomb from the sea out of nowhere,right? Well, an unexploded 45 kilogram bomb was found on Lord Howe Island’s Elizabeth Reef by a fisherman (imagine his freight upon seeing it). The angler was about 550 kilometers off the coast of the island and discovered the bomb, He quickly photographed his discovery and reported it to the authorities, as The Guardian details:

Navy divers aboard HMAS Adelaide carefully removed the abandoned explosive on 25 September by floating it to the surface and towing it further out to sea where it was dropped into 550-metre-deep waters.

“That depth is really safe. It’s not going to ever get washed back up onto the reef,” senior marine parks officer John Pritchard said.

“There’s no deep-sea fishing or trawling allowed out there. It’s a recreational fishing zone only.

“The chances of that UXO (unexploded ordinance) ever coming back to the surface is negligible.”

The origin of the bomb is not known and divers couldn’t estimate its age owing to deterioration, a spokesman for the federal environment minister, Sussan Ley, said.

Image via The Guardian

Rating This Unexploded Bomb Was Found On An Island is 5.0 / 5 Votes: 3
Please wait...
Loading...
Related articles