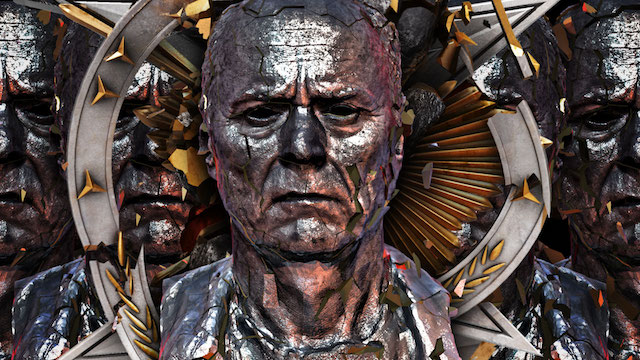 As the Soviet era drew to a close in Russia and Eastern Europe, the Lithuanian punk band Antis became widely popular, soundtracking the collapse of totalitarianism. The band’s name literally means “duck,” but the term was also used to describe the Soviet equivalent of fake news and alternative facts. Lithuanian video artist Rimas Sakalauskas, sensing a rising tide of fascism, nationalism, autocracy, and other systems of control across Western countries, recently created a video artwork that is one part tribute to Antis’ song “Duokit Medali” (Give Me a Medal), one part send-up of these extreme political tides.

Using a combination of CG animation and photogrammetry scans of the band members and Soviet social realist sculptures, Sakalauskas turns Antis into a pantheon. The sculptures, as he tells The Creators Project, represent the idea that history tends to repeat itself, and that we might soon see a rise of totalitarian regimes throughout the West. 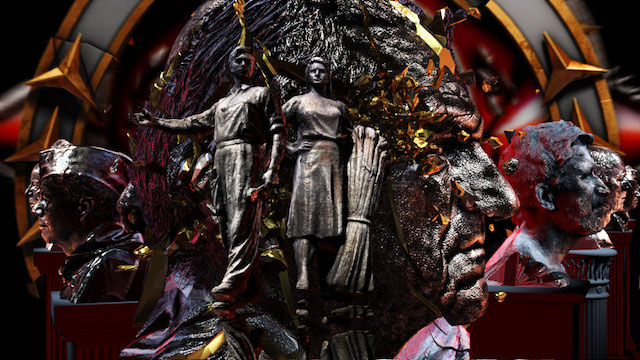 Sakalauskas says “Duokit Medali” is a reference to the Soviet reality that the only way to achieve fame was with a medal, as in modern day North Korea. Antis, clever ironists they were, turned this idea into a punk rock song, asking for more honor, medals, and fame.

“Since Antis have stopped playing, I decided to create a pantheon and a dedicated medal for each band member,” Sakalauskas explains. “I also took it quite ironically, as most artists, including myself, are by and large motivated by the glory and fame, and this sometimes appears to be wrong or even self-destructive.” 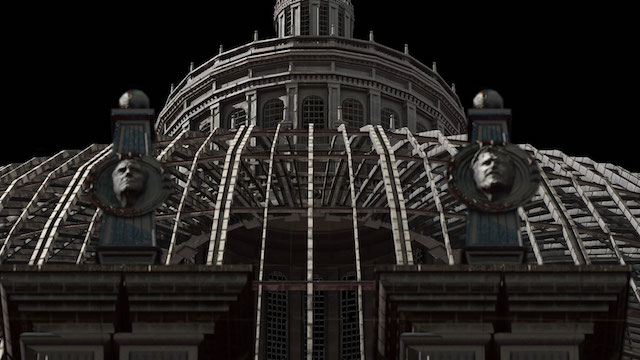 “Creating this work I was inspired by art of the fascist and Soviet periods and particularly by the architecture of Albert Speer,” says Sakalauskas, referencing the German architect who became the Nazis’ chief of armaments and war production. “I used one of the most well-known [but never realized] utopian projects ‘Volkshalle’ [the domed ‘People’s Hall’] but mixed it with

Soviet ornaments and faces to give detail and some warmth to this CGI world.” 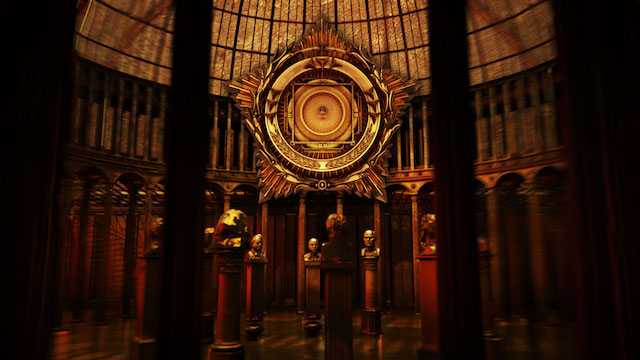 As for his own country, Sakalauskas doesn’t need to look very far to see a government exerting more influence over its citizens. The Peasants & Green Union, which Sakalauskas’ characterizes has neither right nor left, recently won the parliamentary elections and Sakalauskas is concerned.

“We in Lithuania now have a so-called ‘peasant’ party, [the Peasants & Green Union], which in fact is controlled by one tycoon, Ramunas Karbauskis, and they are implementing more and more control over people,” he says. “[And] our neighbors Poland have this extreme Christian government [Law & Justice party] and a lot of anti-immigrant accidents, although there are almost none of them. [And] I’m not even talking about Russia here.”

Rating This Video Art Is Like a SportsCenter Ad for Fascism is 5.0 / 5 Votes: 3
Please wait...
Loading...
Related articles