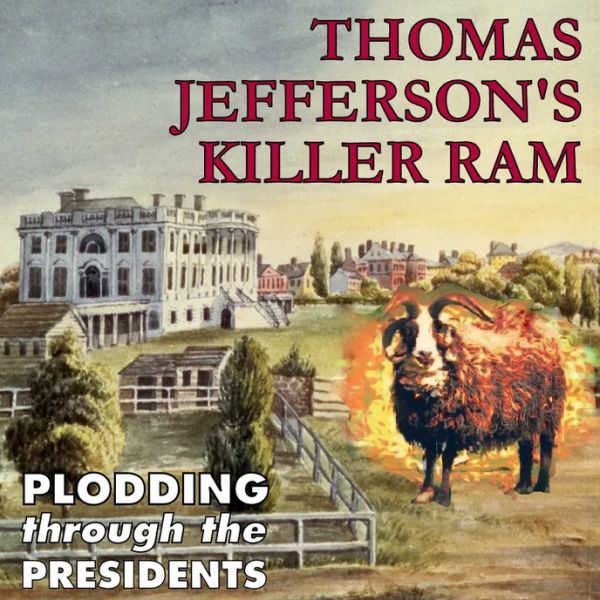 We know that Thomas Jefferson was avid to equip his new country with viable agricultural products. He experimented with crops in his garden, bottled his own wine, and imported livestock. That included a ram that Jefferson thought would improve the bloodline -and the wool- of American sheep.

This was no ordinary ram. Gifted to Jefferson by a DC businessman named James D. Barry, the ram was a Shetland – a small, usually docile breed that has either two horns or no horns. This Shetland had the distinction of having four horns, and two of them pointed forward.

At this point the United States was in the middle of the Embargo Act barring trade with Britain and France, so Jefferson was keen on anything that could boost the country’s manufacturing from within. Since at least 1790, Jefferson had been told that Shetland wool was “reckoned the finest produced in any part of the British Dominions” and he hoped this many-horned ram’s wool would produce “the famous Shetland stockings” which sold for a guinea a pair and were “soft as fur.” He clung his hopes on this ram to bring that fine wool to America, and his hopes caused him to overlook this ram’s less desirable qualities. That negligence proved deadly in February 1808.

Those “less desirable qualities” led to the death of 9-year-old Alexander Kerr, when the ram attacked him as he was walking home from school. Jefferson had owned the ram for eight months by then, and the first thing he did was to write to the boy’s father, insinuating that he had ordered the ram to be secured before the attack. Was that an attempted at CYA? It turned out that the ram had attacked someone else already that same month! In fact, there were accounts of the ram being dangerous for months by then. But Jefferson went to great lengths to keep the ram from being put down -and keep himself from blame. Read (or listen to) the story of Jefferson and his killer ram at Plodding Through the Presidents. -via Strange Company