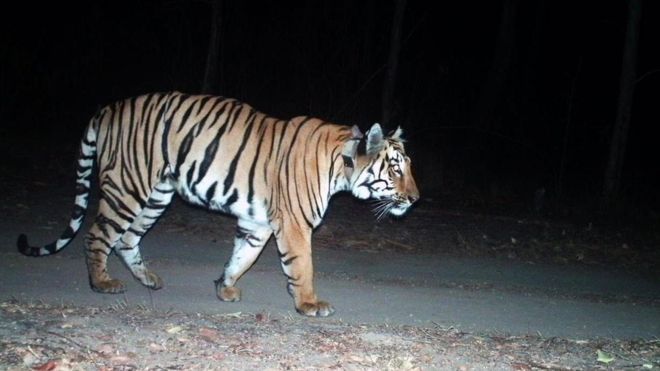 Scientists tracked the movement of this adolescent tiger through two states in India as he hunted for food and, the scientists assume, a mate. This is the longest-ever recorded journey of a tiger. BBC News describes the journey of the male known as C1:

The tiger hid during the day and travelled in the night time, killing wild pigs and cattle for food.

Dr Habib confirmed the one accidental injury to a man who entered the thicket where the tiger was resting, but said there had been no serious conflict with humans.

“People don’t even know that this tiger is travelling in the backyard,” he said.

With some difficulty, the tiger was able to find food. Tigers need to live in a area with at least 500 prey animals to have a sufficient food bank. But it is unknown whether C1 was successful in his quest.

This Elephant Wanders Into A Fancy Hotel