Going to the hospital is often a frightening experience. You or someone you love may be extremely ill, you might be in immense pain, or if you live in the United States, you’re probably fearful of the impending medical bills you’ll receive. Hospitals in the US are notorious for charging patients absurd prices for little things, like $15 for one Tylenol or $53 for a pair of gloves, but as one TikToker recently found out, there might be a way around this pricing.

In April, Tre’jon Wilson posted a TikTok stating that his $4,000 hospital bill was conveniently reduced to $950 after he asked for an itemized receipt. After this video went viral, comedian Adam Conover responded with another TikTok explaining just how arbitrary hospital bills can be. Below, you can hear Adam’s break down of how medical bills get these ridiculous prices, read some of the responses these videos have received, and let us know in the comments how you feel about this information.

Then if you’re looking for another Bored Panda piece featuring medical bills high enough to induce heart attacks, be sure to check out this story next.

2 months ago, TikToker Tre’jon Wilson shared how his $4,000 hospital bills were drastically reduced after asking for an itemized receipt 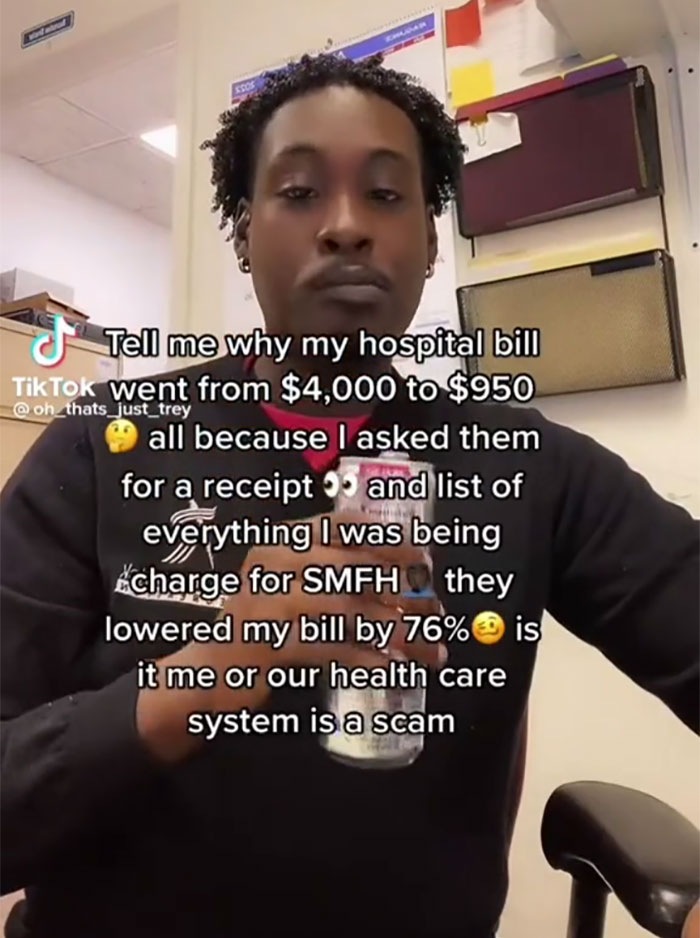 Hospitals in the United States are notorious for charging ridiculously high prices, especially for patients without insurance 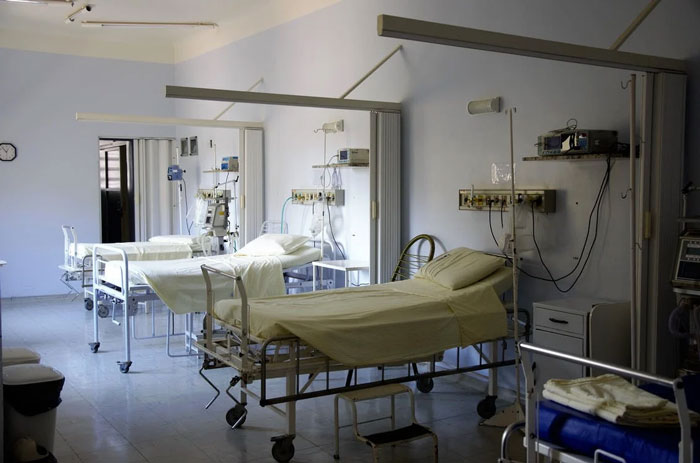 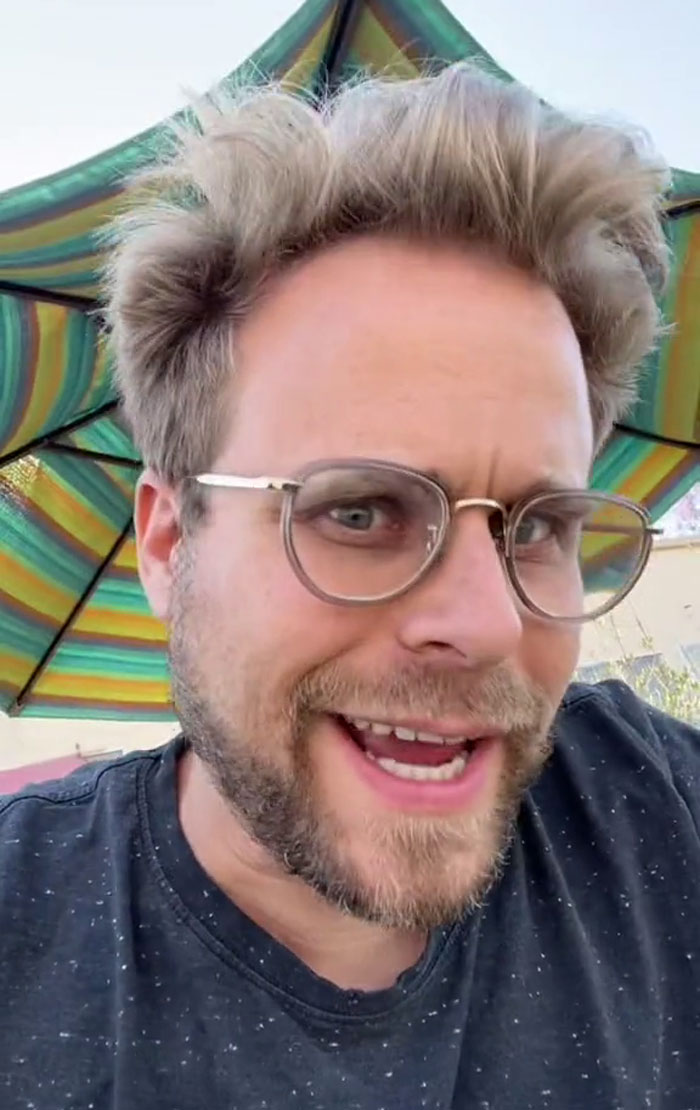 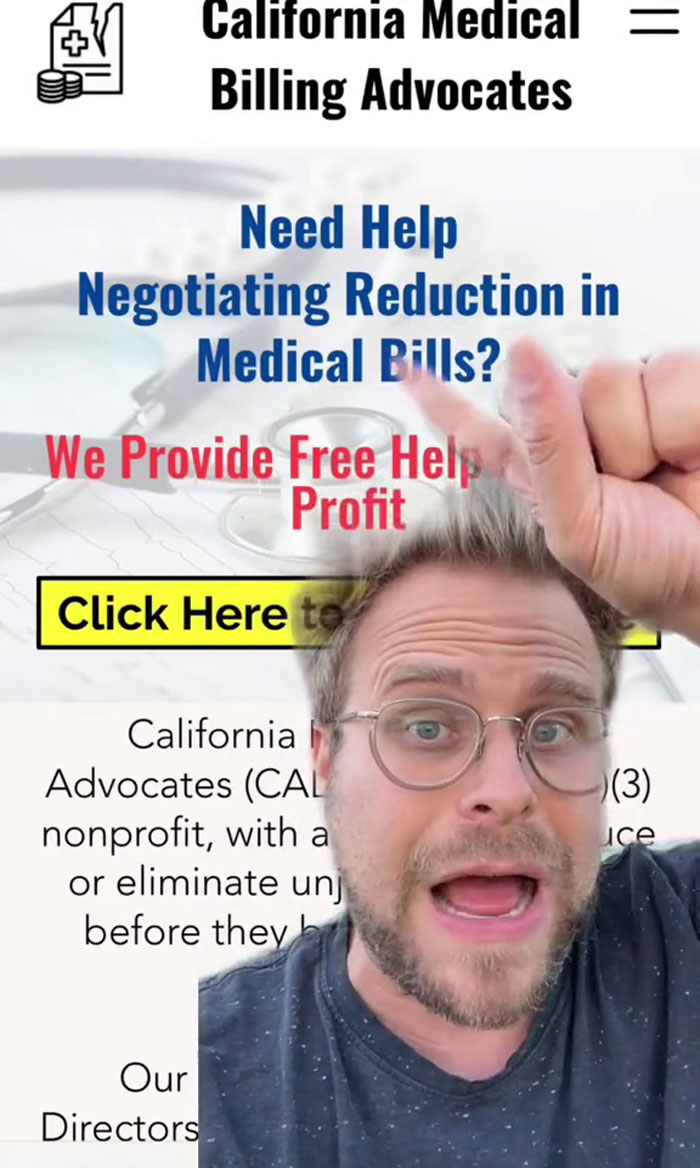 While it’s a relief that Tre’jon did not end up being responsible for a $4,000 bill, it’s upsetting to know that some patients who have no one advocating for them do have to pay these prices. And this was not an isolated incident. One man in Utah was billed $39 for “skin-to-skin” contact in 2016 because the doctors held his newborn son after delivering him by a cesarean section. Emergency room fees can also be shockingly expensive. Adria Gross, founder of Medwise Insurance Advocacy, told Healthline, “Very often I see emergency room fees for $15,000 to $50,000. This happens well too often with less than an hour of service.”

The exact same services and treatments can also be billed drastically differently, as Adam pointed out in his TikTok. Not everyone is paying the same price. Adria told Healthline she was once billed $8,000 for a CT scan that should have cost between $200-$400. “On average there are 75 to 80 percent of bills with errors,” Adria says. “You always need to check whether there are duplicate claims. And make sure the medical provider has seen you if you are being billed for the services.”

These exorbitant bills are not only frustrating for patients, they can also have devastating effects on their lives. Medical debt has become a serious issue in the US, with a recent survey finding that 23 million Americans owe substantial amounts. About 16 million of those people owe over $1,000 and 3 million of them are responsible for over $10,000 in medical bills. While those without insurance are more likely to have significant medical debt, there is still no reason this should be such a common issue. It’s great to know that non-profits exist to assist patients, but it would be even better if Americans could simply seek treatment without risking going into debt. Have you ever received an extremely large medical bill? Whether you’ve been in Tre’jon’s shoes before or not, we’d love to hear your thoughts on this situation down below.

The post TikToker Exposes “Scam” Hospital Bill By Just Asking For A Receipt And It Shows Just How Messed Up The US Healthcare System Is first appeared on Bored Panda.