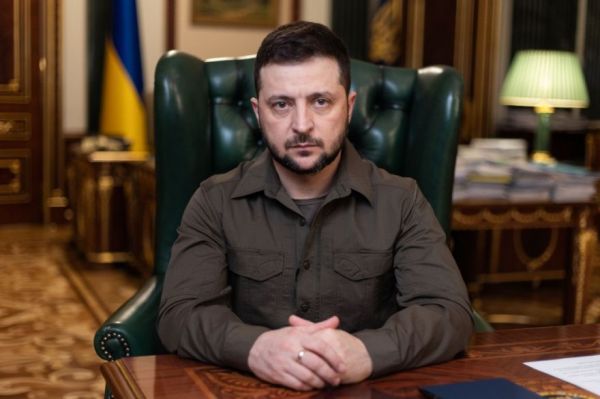 Once upon a time, there was a popular comedian who had a TV series. In one episode, he ranted about government corruption and was secretly videotaped, leading to his unlikely election as president. The episode went viral, and the plot came true in the real world. Volodymyr Zelenskyy was elected president of Ukraine in 2019. His main qualifications were that 1. his showbiz career trained him to be a very effective communicator, and 2. he loves his country. Zelenskyy inherited a nation that had a chunk occupied by Russia, partisan fighting in another region, and a bureaucracy riddled with corruption. Then there was that unpleasantness that led to the impeachment of a US president.

Then in February of this year, Russia attacked all of Ukraine, including the capital of Kyiv. Zelenskyy could have evacuated, but he famously said, “I need ammunition, not a ride.” Since then, he’s been busy enlisting material help from other countries and rallying his own citizens in defense of Ukraine. An example is how he visited Kherson in person just two days after the Russians withdrew, despite security concerns. Knowing the danger, he also knew it would be an important symbolic gesture to Russia and the world, and a boon to the Ukrainians of Kherson. Read more about Volodymyr Zelenskyy, Time’s Person of the Year for 2022, at Time magazine. -via Fark