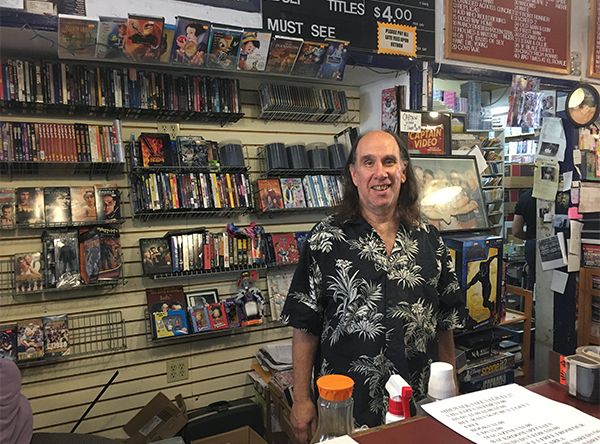 The last time I rented a movie was probably ten or so years ago. It was the cheapest way to get a copy and watch any film you fancy. You go to the store look through their racks and try to find the DVD. Sometimes, you can just sift through and try something new.

That was then. In the era of Netflix, such things are becoming relics. Most of the major movie rental franchises have all but disappeared. But Captain Video, a small video store, has weathered the apocalypse. And one of the reasons it has done that is because of its human touch.

“All these new companies have tried to put me out of business,” says Belfer. “But you can never chase the little guy away if the little guy is dedicated and wants to fight.”

For Captain Video loyalists, it’s a bond that can’t be replaced by computers. “A lot of my customers like the old way of doing things,” he says. “They are people who don’t like big corporations, like Comcast. They’ve been burned so many times and don’t want to give them money. They see me as an independent guy, and they trust me.”