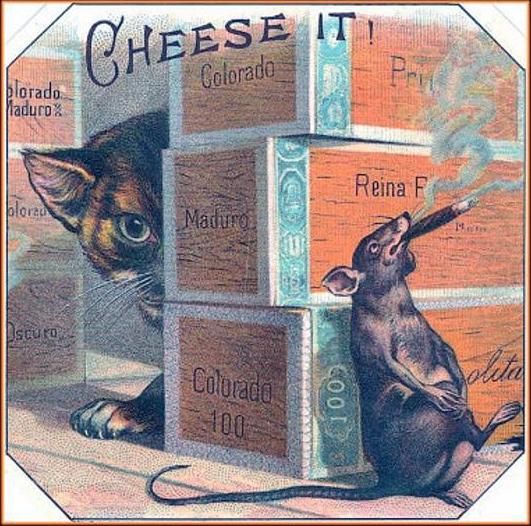 In 1912, the body of a murder victim was found in Georgetown, Connecticut. She had been tied with wire and had holes in her head. The eventual discovery of a burned crate nearby led police to look for the killer in New York City.

Two weeks after the body of an unidentified woman was discovered in a Connecticut mill pond, a cat helped police find the murder weapon in the East 40th Street apartment where the woman had been killed.

The story had everything a news editor could want for writing eye-catching headlines: murder, sex, mystery, gore, and some very colorful characters, including an Italian laborer called Monkeyface Suciciada, a prostitute named Grace Carbone, and a beautiful teenage girl named Turiddi.

Oh yes, there was also a cat named Tipsy involved in the drama. The cat had a reputation as an expert mouser. The man she helped nab was called Salvatore “the mouse” Geracci.

Read the story of the murder investigation, and how Tipsy the cat factored into it at The Hatching Cat. -via Strange Company