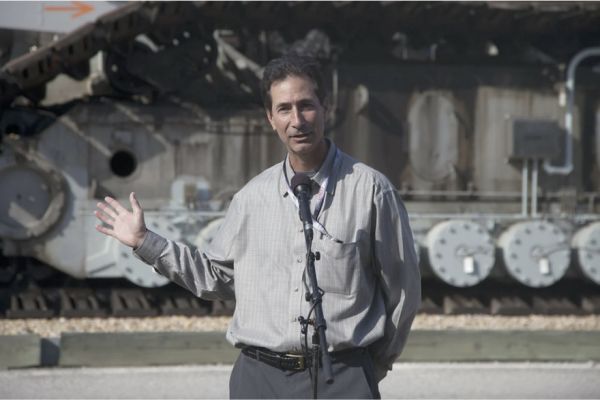 The launch of NASA’s Artemis 1 mission that was canceled on Monday has been re-scheduled for today, September 3, at 2:17. Everyone at NASA and the many related industries that are involved are crossing their fingers and hoping for the best. The launch window today is only two hours; if the rocket doesn’t take off for any reason, the next opportunity will be weeks away. No one is crossing their fingers harder than John Giles, who is in charge of getting the rocket from its assembly building to the launch pad.

“I jokingly told them when we went to the pad and dropped it off this time, I went to my management and said, ‘I’m not bringing it back. It stays here,'” he told Mashable in an interview before Monday’s attempted launch. “‘You gotta launch it because I’m not gonna take it back to the VAB.'”

It’s hard to overestimate the hassle that Giles’ crew goes through to transport the rocket from the Vehicle Assembly Building to the launch pad four miles away. The crawler that carries the rocket is 60 years old and has had to carry the 18-million-pound rocket in six round trips over the past two years already. The journey takes eight hours, and drivers have to switch out every hour because the trip is so exhausting. Read more about the crawler crew and their unenviable task at Mashable. -via The Byte