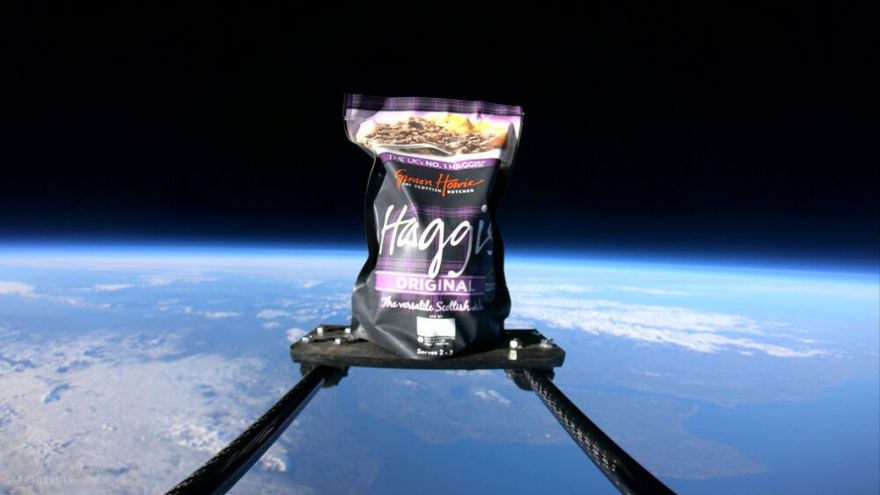 Scotland gave the world haggis and now it is giving that culinary wonder to the universe. A Scottish butcher named Simon Howie has arranged for a package of his finest to be launched into low Earth orbit.

This was done in preparation for Burns Night, an annual Scottish celebration in honor of that nation’s most famous poet, Robert Burns. One traditionally eats haggis on that evening, which is January 25. Sky News reports:

The haggis was attached to a weather balloon and soared more than 20 miles (107,293ft) above the Earth – equivalent to nearly four times the height of Everest.

After taking off from the Simon Howie headquarters in Dunning, it travelled over Stirling, Falkirk, Edinburgh and the Pentland Hills before landing safely in Lauder in the Borders.

Mr Howie said he wanted to start the year by “lifting the spirits of the general public” and was thrilled to work with Stratonauts “to take Scotland’s national dish to new heights”.