The makeshift sidewalk lounge I wrote about earlier, sited on Baxter Street, is apparently experiencing growth in its numbers of patrons. 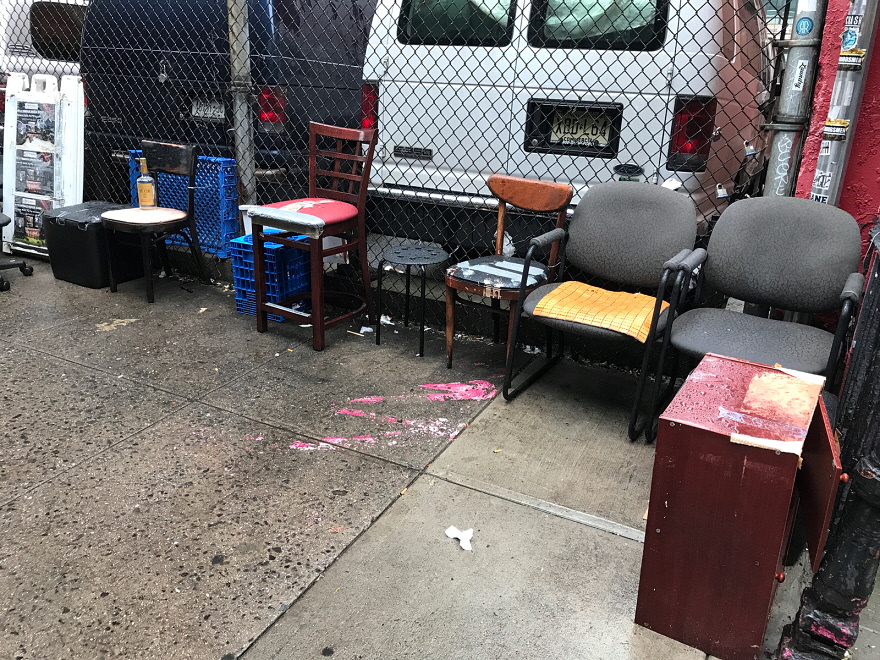 The unseen people who populate this lounge–I’ve yet to catch them in the act, as I only pass this way in the morning–have amassed more furniture, including two rolling office chairs, two waiting-room chairs, a barstool and an endtable/cabinet. 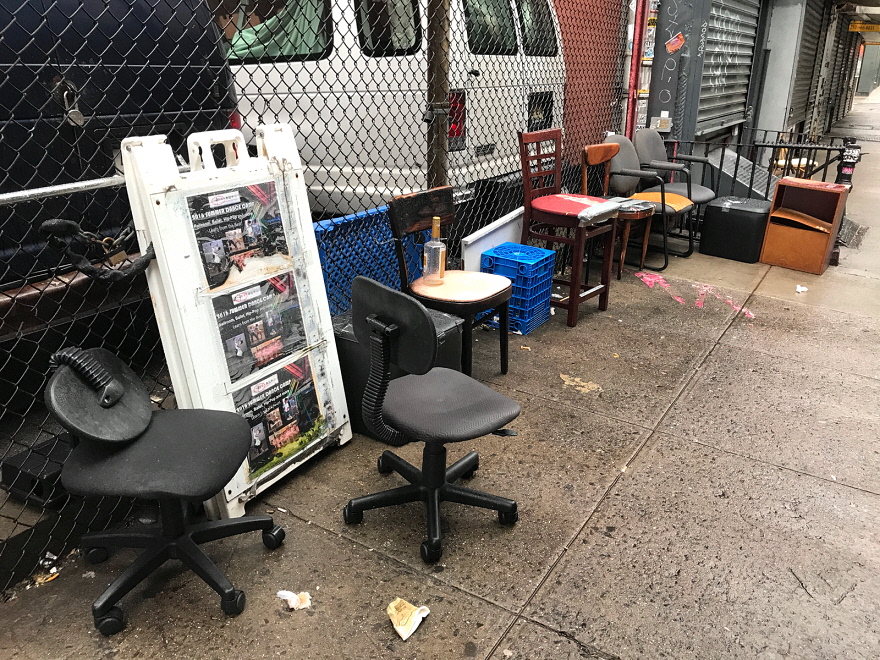 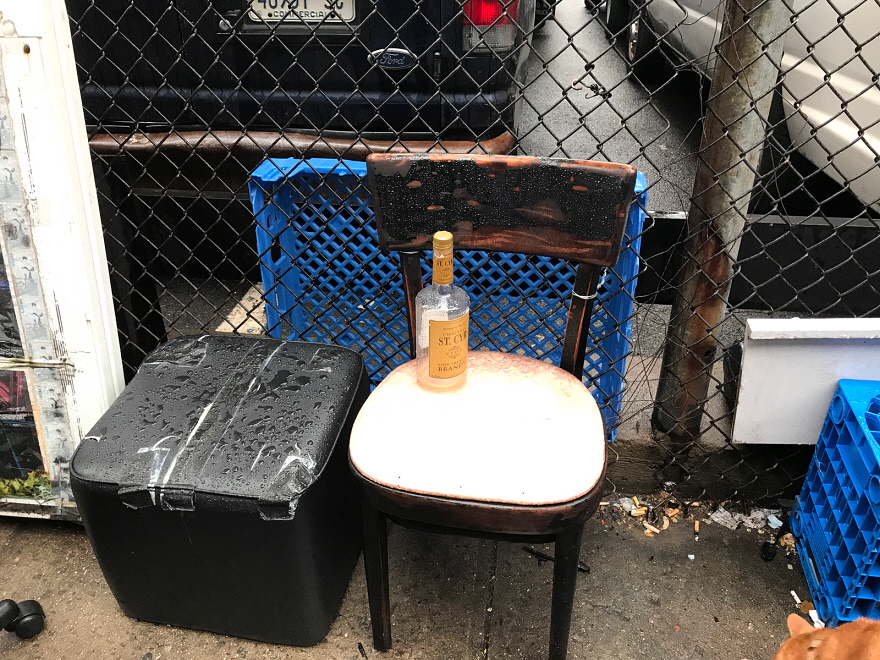 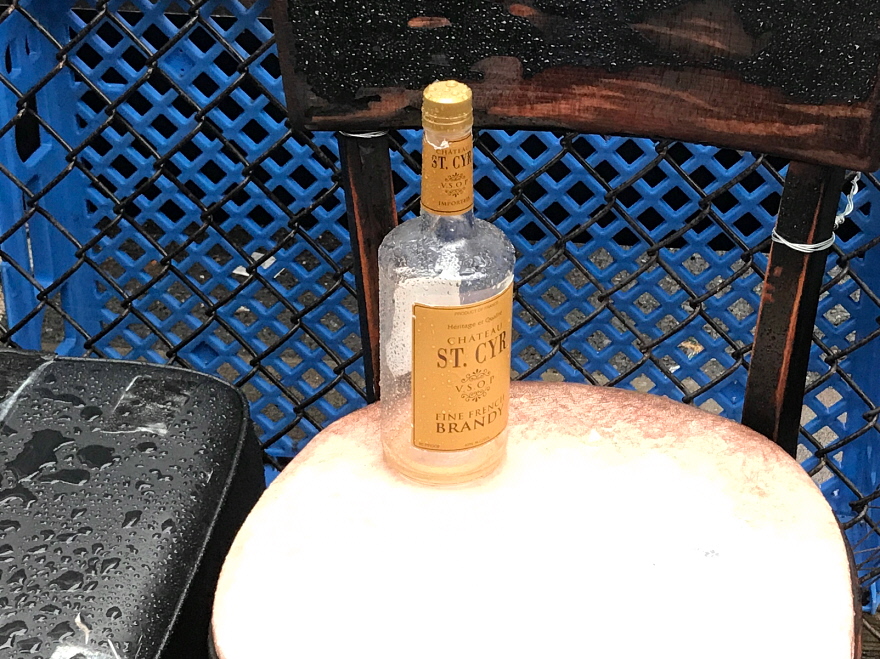 However, this being New York, it’s also possible that the bottle contains urine. A subset of homeless people in the city prefer to urinate in bottles and leave them lying about, they’re a relatively common sight downtown. And once in a while, if you’re “lucky,” you’ll see one of them in the act.