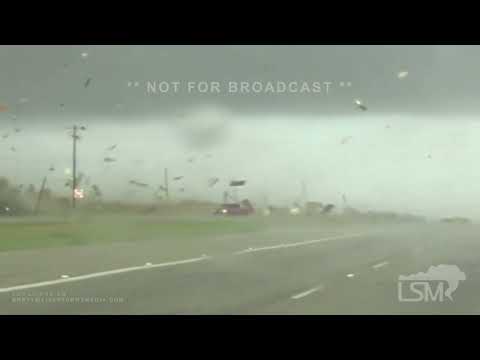 A tornado ripped through Elgin, Texas, on Monday. The storm left plenty of property damage, a few injuries, but no fatalities reported so far. Thousands are still without power. The most viral of images from the storm is a video of a red Silverado pickup truck that crossed paths with the tornado. The twister flipped the truck on its side, spun it around, and then righted it. Astonishingly, the man inside was able to drive away. The owner of the truck has stayed anonymous so far, but we get to see what shape the truck is in, and hear froma couple of witnesses.

The man obviously had his seatbelt on. I wouldn’t be at all surprised if Chevy seeks out the footage to use in an ad. Silverados are quite protective. Recall this story from several years ago, in which the truck was destroyed but the driver was fine.